Container line has made several forays towards a public offering, but a commitment to debt repayments could put its latest effort on a firmer footing

Israeli container line is still focusing on quality of service, while it is also benefitting from lower costs during the pandemic 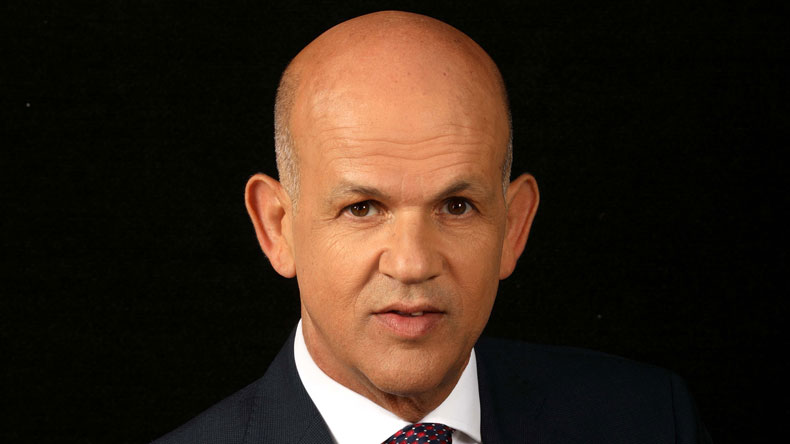 Zim is focusing on its role as a global niche carrier, says chief executive Eli Glickman.

THE chief executive of Zim is remaining tight-lipped over the latest speculation that the Israeli container line is contemplating an initial public offering.

While sources close to the company and its banks say steps towards a public listing are being considered, Eli Glickman referred Lloyd’s List to the second-quarter financial statement, which states that Zim is “exploring options which may contribute to strengthen its capital structure including by way of private or public equity and/or debt issuance”.

“This is the most we can share at this time,” Mr Glickman said.

Zim has sought to go public several times since its privatisation in 2004, but its previous efforts have fallen by the wayside.

It is currently 32%-owned by Kenon Ltd, with the rest held by “other financial institutions and shipowners,” according to the company’s website.

Whether the latest IPO reports come to fruition remains to be seen, particularly given the economic turmoil of the coronavirus pandemic.

Like many other carriers, the company is coming through the crisis well, reporting its best quarterly result for over a decade last week.

“Since the fourth quarter of 2019, Zim has number one in earnings before interest and tax margin among the top container lines,” Mr Glickman said. “This is a big change for Zim.

“In the past two years we have served a debt of $550m, more than we planned. A few months ago we made the last payment of $50m on our debts and got rid of all of our covenants.”

Zim said to have hired banks for possible share sale

Israeli shipping company is considering a public listing in New York or London and has appointed banks to lead the process, according to reports

This was significant for a company that had major restructurings in 2009 and 2014, and positive from the standpoint of cashflow, he added.

“We are very positive in our position,” Mr Glickman said. “We did it below the radar, but it is a positive trend.”

The company has not gone untouched by the fallout from the pandemic, however, according to chief financial officer Xavier Destriau.

“Zim, like the rest of the industry, saw a sharp drop in volume,” he said. “That loss of volume would normally have triggered a decrease in the profitability of the company, but we saw the opposite. We found that all the other aspects offset the loss of volume.”

The other factors included lower bunker costs and higher freight rates. And the line was helped by its strategy of having a large proportion of chartered tonnage in its fleet.

“The capacity discipline that the industry has demonstrated this time around was a big surprise for everyone,” Mr Destriau said.

“But it played in the favour of Zim, which is very much geared towards chartering rather than owning, so when we renewed our charters we benefitted from the fact that there were plenty of vessels available on the market, which allowed us to reduce our charter rates. We will continue to benefit from this in the coming quarters.”

He said cost-cutting was not the only strategy deployed during the downturn.

“We should also be looking at the top line, the revenue per teu,” Mr Destriau said. “All the initiatives that the company has been involved in over the past few years are paying off. We are looking at much better cargo and customer mix and better vessel allocation in terms of the vessel profile for each of the voyages.”

By being closer to its customer base, Zim was able to improve the customer experience and charge premiums.

“We are trying to grasp every single additional dollar that we can.”

At the beginning of this year, Zim’s main concern was the transition to the new sulphur rules for fuel.

“Three weeks after the beginning of 2020 we found ourselves with the new challenge of coronavirus,” Mr Glickman said. “No one could prepare for that.”

It then focused on cost reductions and finding new ways to drive revenue.

“Against the trend of capacity reduction we decided to open a new high-speed service from South China to the US west coast to service growing e-commerce demand,” he said. “We are trying to think outside the box.”

Despite its debt reductions, the high costs of its 2014 restructuring mean that the company’s liabilities still outweigh its assets, leaving shareholders with a negative equity of $240m.

While an IPO would provide an exit route for those that converted debt to equity back in 2014, there are still challenges facing any public listing.

Among these are the “golden share” still held by the government of Israel. Under the terms of the privatisation agreement, Israel, which sees the carrier as critical national infrastructure, insisted that any sale of over 35% of the company must have government approval.

Moreover, the government insists that the chairman and chief executive are Israeli citizens, along with four of the five board members.

Neither of these issues would prevent a public listing of the company, however.

Zim said to have hired banks for possible share sale