Learn the lessons before the next Wakashio comes

From public relations handling to seafarer criminalisation, the crew change crisis and the industry’s pollution compensation regime, last weekend’s spectacular casualty off Mauritius is another catastrophic own goal for shipping

It would be better if the grounding of Wakashio had not happened. But given it did, attention must now focus on both the adequacy of the immediate reaction and the longer view 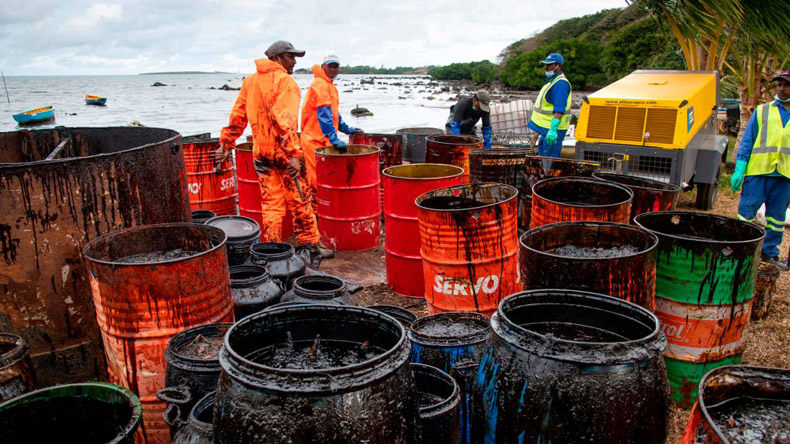 Source: Fabienb Dubessay/AFP via Getty Images We can be grateful that Panama, Nagashiki and MOL are respectively a flag state, an owner and a charterer who are ready to engage rather than go into hiding.

HERE we go again; a ship split in two, bunker fuel flooding over pristine beaches, the livelihoods of hoteliers and fisherfolk wiped out overnight, local flora and fauna decimated.

And the best public relations response the industry can rustle up for an angry mainstream media and an even angrier populace is scholastic reiteration of the arcana of liability conventions.

It would be better if the grounding of Wakashio had not happened. But given it did, attention must now focus on both the adequacy of the immediate reaction and the longer view.

For most industries, a willingness on the part of those in the firing line to front up to the television cameras would be the default setting.

But to use shipping’s woeful past environmental misdeeds as a yardstick, the level of public engagement by those linked to the vessel can probably be categorised as depressingly adequate.

We can be grateful that in Panama, Nagashiki and MOL respectively, we have a flag state, an owner and a charterer who are ready to engage rather than go into hiding.

The next priority is to establish what went wrong and why; investigations must be urgent, fully funded, forensic, unstinting and above all transparent.

They must also be in the public domain. That shouldn’t need saying, but don’t forget that around half of flag state reports never see the light of day.

Another thing that shouldn’t need saying is that truth must be established before blame is apportioned. In that light, the arrest of Wakashio’s master and chief officer is worrying.

The criminalisation of seafarers — need we mention Prestige and Hebei Spirit? — has been a scandal for decades. Without indulging in special pleading, we urge the Mauritian authorities to ensure these officers are not scapegoated for the actions of others.

As Lloyd’s List has also reported, at least two crew had been on board for more than a year prior to the grounding. Correlation is not causality, but the possibility that fatigue played a part in any operational errors is at the very least relevant context.

Openness and honesty is the sine qua non, both from those operationally involved and from the governments, authorities and institutions that have singularly failed to rise to a hidden crisis that has left seafarers at sea long after the tours should legally have ended.

Even if that is legally right, it is morally wrong. Public pressure for a revision of the industry compensation regime will be as irresistible as inevitable.

There will, of course, be a ‘next Wakashio’. But when the next incident does come, shipping owes it to all concerned to learn the lessons of this one.