Sunil Kumar Nandeshar had extended his six-month contract on the vessel by a further three months on May 1, Lloyd’s List learnt earlier this week 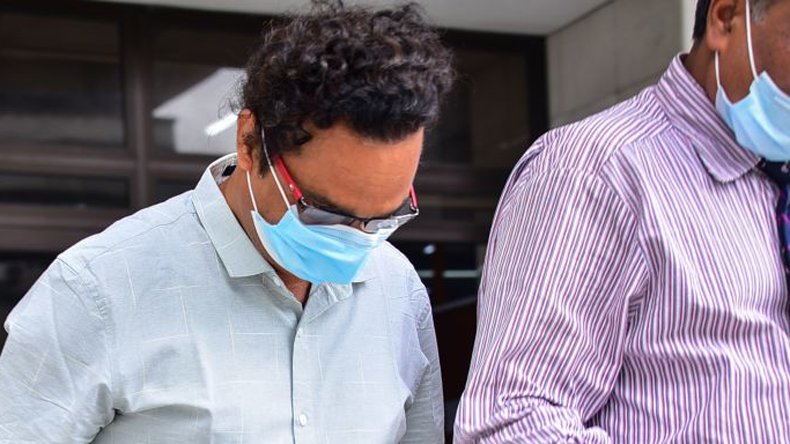 THE master of Wakashio, the bulker at the centre of the Mauritius oil spill, has been arrested. He is 58-year-old Sunil Kumar Nandeshar, from India, local police said on Tuesday.

“We have arrested the captain of the vessel and another member of the crew. After having been heard by the court they have been denied bail and are still in detention,” Inspector Siva Coothen told Reuters.The master has been charged with endangering safe navigation.

Lloyd’s List understands that the second person arrested is the ship’s chief officer, although that is unconfirmed by official sources.

Capt Nandeshar had extended his six-month contract by three months on May 1, nearly two months before Wakashio ran aground on a coral reef off Mauritius, a spokesman for Japan-based owner Nagashiki Shipping told Lloyd’s List on August 17.

The vessel had deviated from a major shipping lane bypassing the island in the Indian Ocean, and spilled more than 1,000 tonnes of bunker fuel, breaking apart over the weekend, creating a major environmental and ecological disaster in the pristine waters off Mauritius.

The trading lane sailing past Mauritius is a key seaborne route for iron ore shipments to China from Brazil, which supplies about one third of the country’s 1bn tonnes of imports each year.

The master had held this rank for 24 years, according to the vessel owner.

The owner of Wakashio has been contacted for comment.