The Lloyd’s List Podcast: The shipping story behind the Beirut explosion

In this week’s podcast, we reveal the full story of the Moldovan-flag bulk carrier, the Rhosus, which in 2013 arrived in Lebanon carrying 2,750 tonnes of ammonium nitrate. The story of a botched loading, crew abandonment that followed left a time bomb inside the heart of Beirut and the Rhosus rusting under the breakwater of the port. We explore what happened and ask whether the devastating explosion will be a wake-up call to the rest of the supply chain to take dangerous goods handling more seriously. 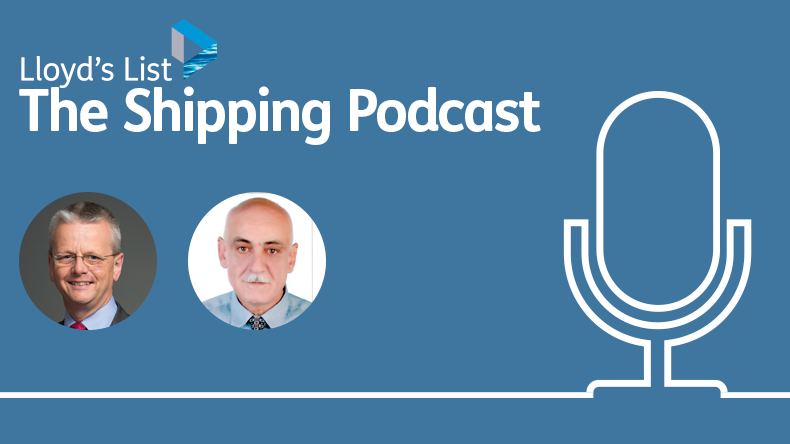 On the podcast this week: Peregrine Storrs-Fox, risk management director at logistics insurer TT Club and Capt. Jamil Sayegh, who operates as a Lloyd’s Agent within the port Beirut.
Lloyd's List · The Lloyd’s List Podcast: The shipping story behind the Beirut explosion

THE whole world knows what happened at 6:07pm Beirut time On August 4 — indeed countries as far away as Cyprus heard it happen, such was the force of the explosion that leveled buildings, flipped cars, killed more than 200 people, injured 5,000 more, and abruptly left hundreds of thousands of people without housing.

Nearly 3,000 tonnes of ammonium nitrate, a cargo long ago abandoned in the port of Beirut, exploded. It was beyond much doubt one of the most colossal non-nuclear detonations in history. The seismic waves that the explosion caused were equivalent to a 3.3-magnitude earthquake, according to the US Geological Survey.

It’s hard to know where to start guessing the true cost of what it will take to fix everything that got broken in those few terrible seconds but whatever the amount — it is money that Lebanon does not have.

Marine insurers are gearing up for what is likely to prove one of the most expensive insured cargo and port infrastructure losses ever, on a scale at least as large as the one resulting from the explosions at the Chinese port of Tianjin in 2015.

The explosions in China’s Tianjin port were the largest man-made insurance loss on record in Asia, with Swiss Re estimating the cost to the industry at as much as $3.5bn.

With official investigations still under way in Beirut, now assisted by a small army of international experts on the ground, the precise nature of the cause of the accident are yet to be confirmed.

But we do know that the ignition of 2,750 tonnes of ammonium nitrate warehoused after being confiscated from a Moldovan-flag bulk carrier, the Rhosus in 2013, is the context to this disaster.

Speculation over the cause of the initial fire is of course rife, and here at Lloyd’s List we have a first hand account from inside the port itself from someone who walked past Welders fixing the door of the now incinerated Warehouse 12, Berth  number 9 earlier just hours before the explosion. Whether that was the cause of the fire that led to the explosion is now a central thread in the investigation, but we will have to wait for the official call on that in the weeks to come.

In this week’s edition of the Lloyd’s List Podcast, we focus on a few important aspects of the story that relate to the shipping industry directly.

First, we looking at the story behind the Rhosus itself — the ill-fated vessel that was responsible for the ammonium nitrate being in Beirut in the first place, which comes with an all to familiar tale of crew abandonment. Lloyd’s List Editor Richard Meade talks to Capt. Jamil Sayegh, who operates as a Lloyd’s Agent within the port Beirut. He is a sworn expert in maritime affairs and since the blast on August 4 that ripped apart the port and much of the surrounding city he has been trying to assess the damage and keep the rest of the world up to date with developments in Lebanon. He gives us the inside story on what happened to the Rhosus.

Then we take a wider look at whether the Beirut blast should be considered a wake-up call for improvements, scrutiny and control in relation to dangerous goods, both in ports and at sea. Richard talks to Peregrine Storrs-Fox, risk management director at logistics insurer TT Club.

Enjoy the Lloyd’s List Podcast and remember you can now subscribe via iTunes and Spotify, as well as most other podcast providers. And make sure you are registered for a free account on Lloydslist.com so you can receive our Daily Briefing e-mail.