The number of calls to helplines has spiked during the past few months amid the coronavirus pandemic, which has forced travel restrictions and limited crew changes

Mental health issues has moved into the top five reasons for calls to support lines amid the health and crew change crisis, maritime charities report. Meanwhile, abandonment cases are steady from last year, averaging around three per month 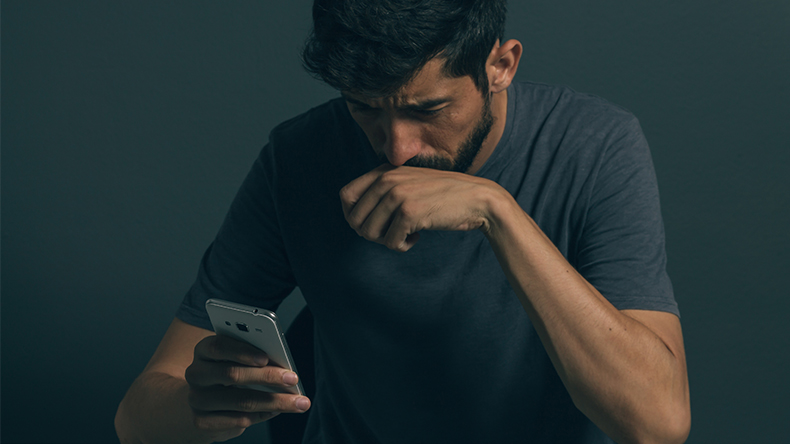 Source: Kleber Cordeiro/Shutterstock.com At the peak of the health crisis — from April to May — the welfare charity dealt with more than 2,000 calls and messages from seafarers and their families.

CALLS from seafarers to helplines have spiked since the coronavirus pandemic started.

The International Seafarers’ Welfare and Assistance Network said it has assisted more than 24,000 seafarers with coronavirus-related issues since January, and has dealt with 2,015 cases.

Iswan’s project manager Caitlin Vaughan said on a recent webinar that at the peak of the health crisis — from April to May — the welfare charity dealt with more than 2,000 calls and messages in just one month from seafarers and their families. In April alone, its seafarer helpline handled over 600 new cases — triple the number in the same month last year.

Mental health issues are now in the top five reported cases related to the coronavirus, Ms Vaughan said. That compares with being sixth or seventh in a typical year. There has also been a notable increase in the number of seafarers needing professional support from the charity’s network of clinical psychologists.

Seafarers have reported experiencing worries about their health as well as their family’s amid the coronavirus pandemic. They have reported feeling anxious and stressed about finances, extended time on board vessels, and the uncertainty of how and when they can get home is adding to their concerns.

The Mission to Seafarers, another charity, said it has had a total of 910 conversations since April 20, with 370 requests for assistance.

The highest number of interactions have been from India and then the Philippines, said director of advocacy and regional engagement Ben Bailey, adding that requests have ranged from accessing SIM cards on arrival in port, to speaking to a chaplain for spiritual support.

“There are also serious justice and welfare cases that have been raised, such as allegations of abandonment, and families seeking support related to lost or deceased seafarers,” he said, adding that in the last month, the charity’s teams have dealt with the aftermath of one suicide and worked with a seafarer who was experiencing suicide ideation.

It is difficult to get accurate numbers of suicides as it is not always reported or made public, Mr Bailey said.

“We need to see flag states and companies reporting this information and making it much more widely available to ensure seafarers are able to get the support and recognition they need to protect their well-being,” he added.

Meanwhile, the International Labour Organisation — the UN agency that sets global labour standards — has recorded 166 cases of ship abandonment since the start of 2017.

Of those, 21 were reported this year, with only four resolved. Nine were Liberia-flagged vessels, while six were Panama-flagged. Bahrain, Malta, Dominica, Comoros, Saudi Arabia and Spain represented the others.

Last year, 33 cases were reported, according to the ILO database. Panama-flagged vessels topped the list with six, followed by Togo with four, and three each from Liberia and Belize. Of the total, five cases were reported as resolved, while one was disputed.

The Sailors Society said the majority of the ships had between eight and 20 seafarers on board. The most frequent nationalities of the abandoned seafarer cases included countries with “large regions of deprivation” such as India, Ukraine, Indonesia, Russia and Syria.

“As well as unpaid wages, a number of the seafarers reported appalling conditions, from no food or water on board, to holes in their ships,” according to the charity. Crews also lacked medical treatment.

“Many seafarers caught up in abandonment come from some of the world’s most deprived communities and look for jobs at sea as a route out of poverty,” the charity’s chief operating officer Sandra Welch said on its website.

“They’re particularly vulnerable to unscrupulous manning agents of shipping companies, who place them on dangerous vessels, pay them a pittance or withhold their wages, and have no interest in their welfare.”