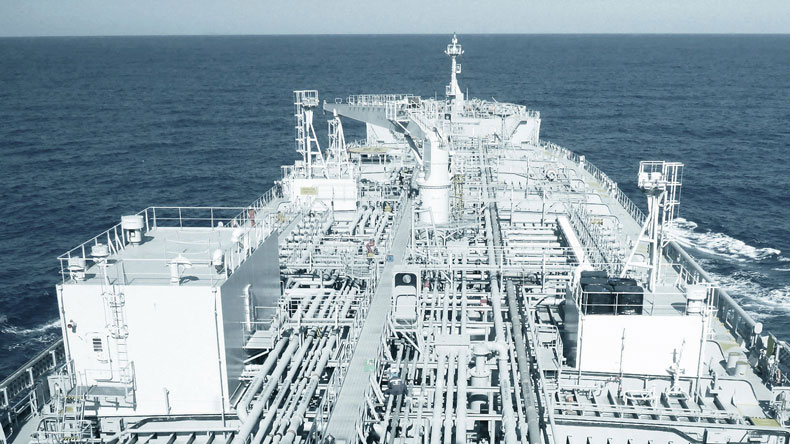 The four tankers have had their Automatic Identification System transponders switched off for several weeks.

THE seizure of gasoline cargoes from four Greek-owned tankers represents the US government’s “largest-ever seizure of fuel shipments from Iran”, according to Justice Department.

Cargoes totalling around 1.1m barrels of gasoline were confiscated “with the assistance of foreign partners”, the department said in a statement on its website.

“The Justice Department today announced the successful disruption of a multi-million dollar fuel shipment by the Islamic Revolutionary Guard Corps, a designated foreign terrorist organization, that was bound for Venezuela,” the statement said.

“These actions represent the government’s largest-ever seizure of fuel shipments from Iran.”

It added: “The government... has successfully executed the seizure order and confiscated the cargo from all four vessels, totaling approximately 1.116 million barrels of petroleum. With the assistance of foreign partners, this seized property is now in US custody.”

The statement included photos of all four tankers, which are in the fleet managed by Greece-based International Marine Services and affiliates.

The whereabouts of the four tankers could not be independently verified as their Automatic Identification System transponders have been switched off for several weeks.

Citing unnamed government officials, various media reports said that the tankers themselves have not been confiscated. However, accounts of the confiscation of the cargoes varied.

Some reports suggested that the four tankers were headed for Houston with the cargo on board, but others reported that the gasoline is now on board two other tankers after ship-to-ship transfers in two separate locations.

The American P&I Club told Lloyd’s List that the tankers had been able to retain coverage throughout this period due to special permission granted by the Treasury Department.

George Gialozoglou, the founder of Greece-based International Marine Services, which operates the ships, declined to comment on the location of the vessels in a recent interview.

He also said he was “restricted” from discussing whether all or some of the cargo remained on board due to ongoing court proceedings in the US and elsewhere.

Last month, the shipowner said that being caught in the middle of the Trump administration’s sanctions campaign against Iran and Venezuela was “a nightmare”.

According to Capt Gialozoglou, his company thought the cargoes were legitimate and bound for nearby Aruba.

Two of the tankers last transmitted an AIS signal back in early May, while the other two have gone “dark” since early last month, shortly after the US court order authorising the seizure of the gasoil, Lloyd’s List Intelligence tracking shows.

The 8,055 dwt International Marine Services-managed tanker Wila was boarded by Iranian forces several days ago and kept for five hours near the Strait of Hormuz before being released.

The latest Justice Department announcement linked that incident to the seizure of the cargoes.

“After enforcement of the US forfeiture order, Iran’s navy forcibly boarded an unrelated ship in an apparent attempt to recover the seized petroleum, but was unsuccessful,” it said.