One Hundred Ports: Carriers ride out calm before the storm

Box lines suffered under the trade war that led to low demand growth during 2019. While they braced themselves for the shock of higher fuel prices, nothing could have prepared them for what was around the corner

The year’s peak season, in which carriers usually see volumes and rates rise as retailers stock up for the holiday period, failed to take off 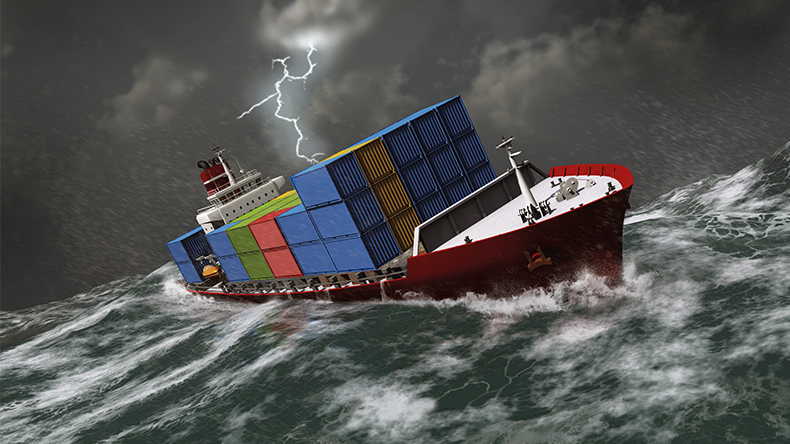 Source: Esteban De Armas/Shutterstock.com Carriers have held their nerve in the face of the financial turmoil.

FOR container lines, 2019 may seem like a lifetime ago from today’s perspective; much has changed since the lights went down at the end of December.

Last year was largely uneventful for the world’s largest carriers. The consolidation of the preceding years had bedded in, and there were no shock changes of ownership, mergers or other distractions.

Instead, two main themes dominated the year: growing trade tensions that threatened to reduce or reshape global trade patterns; and the introduction of the International Maritime Organization’s 2020 low-sulphur regulations, which would see carriers having to buy more expensive fuel or install scrubbers.

A tit-for-tat battle of tariff impositions between the US and China led to additional tariffs on $370bn of goods entering the US from China, much of it containerised, thereby depressing demand.

After a rush of pre-tariff front-loading before the January 1, 2019 tariff hike, transpacific trade went on a downward trajectory.

Imports of laden containers to the US west coast declined last year, for the first time since 2011.

The year’s peak season, in which carriers usually see volumes and rates rise as retailers stock up for the holiday period, failed to take off.

Freight rates largely tracked below 2018 figures for most of the year, with only a late rush at the end of 2019 as carrier efforts to remove tonnage — combined with the effects of an early Chinese New Year and the introduction of low-sulphur fuel adjustment charges — lifted prices.

The trade war has not just affected transpacific volumes but has led to a global weakening of the business on which all carriers depend.

That had slowly been decoupling since the financial crisis in 2008-2009. By the end of 2019, container growth was growing at just 0.3 times global GDP.

Import volume growth in Europe slowed following a strong start to the year as a stagnating eurozone economy failed to take up the slack.

As the year progressed, attention became ever more focused on the need to either install scrubbers or convert ships to more environmentally friendly low-sulphur fuel.

The question of who was going to pay for this was never in any doubt in the minds of container line executives.

For major carriers like Maersk, the additional fuel bill could be up to $2bn a year, given the spreads available at the time.

The cost to the sector as a whole was forecast to be around $20bn.

Box lines began a long — and largely successful — campaign to ensure that when fuel costs went up, it would be their customers who would have to foot the bill.

There were also debates as to the best way to manage sulphur emissions.

A rush for scrubber installations saw lay-up numbers rise as some carriers and owners opted for exhaust gas cleaners to allow them to use cheaper high-sulphur fuel.

Others, such as Maersk, said they would mainly use low-sulphur fuel.

The difference between last year and this year could not be more pronounced, but it has been a surprising one for container lines so far.

Initially, the impact of the Covid-19 pandemic that emerged into the public consciousness in early February was thought to be confined to China.

Factories were closed for longer than the normal week for Lunar New Year, meaning the blanked sailings that usually occur during this period were extended.

At the time, a sharp recovery was expected as soon as Chinese manufacturing returned to speed.

Within a month, however, it was becoming apparent that this was not going to be confined to China.

As the pandemic spread — initially to Europe and then to the US — and lockdowns began to see whole economies being closed, it became apparent that a major economic shock was emerging.

There were fears of a re-run of the financial crisis, when volumes fell by 10% and rates went down with them, putting some carriers in perilous positions.

Some of the more frightening scenarios pointed to a collective loss of more than $20bn by container lines this year, wiping out the profits made over the past decade.

However, in a rare show of discipline, carriers have held their nerve and collectively pulled vast amounts of capacity from their services — and, in doing so, maintained and even raised rates.

By the start of August, Drewry’s composite spot rates index stood more than 40% higher than at the corresponding period last year.

As a slow recovery in demand emerges, and containerships are pulled out of lay-up to rejoin services, it remains to be seen how long rates can remain out of kilter with the wider economic situation around the world.