Existing convention ‘is irrelevant for the purpose of assessing whether the warehouse operator has liability’, lawyer notes 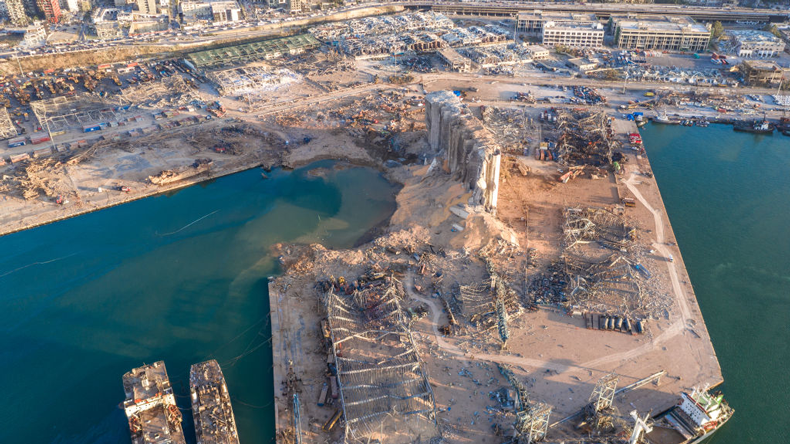 Source: Haytham El Achkar/Getty Images Legal action will likely be based on Lebanese law, including potentially even manslaughter.

THERE is no binding international framework for the safe storage of ammonium nitrate on land, a factor that will complicate efforts to determine liability after last week’s catastrophic explosion in Beirut, according to a lawyer who has worked on similar cases.

The inevitable flurry of legal action will likely be based heavily on Lebanese domestic law, including provisions for negligence and potentially even manslaughter, he added.

Other experts pointed out that parcels of the chemical — known simply as ‘AN’ in the commodities industry — are routinely stored in quantities of up to 20,000 tonnes or so, many times greater than the 2,750 tonnes thought to have been responsible for the August 4 blast.

However, that should not cause for concern, as AN is not particularly volatile and is perfectly safe if well kept, they stressed.

Some 55m to 60m tonnes of ammonium nitrate is turned out globally each year, by mixing ammonia and nitric acid, said Julia Meehan, managing editor for fertilisers at ICIS, a global source of commodities intelligence. Current export price out of Russia is $155–$160 per tonne fob Baltic.

Chemically both are the same, but the explosives grade is lower density and more porous, facilitating the absorption of fuel oil to make a compound known as ANFO.

The former Soviet Union, eastern Europe, the UK and France are all manufacturing countries, and buyers can be found across Europe for fertilisers applications, and in many mining countries for explosives applications.

However, its popularity among non-state actors who engage in do-it-yourself bombmaking — not to mention several accidental explosions — has led to a decline in the market for fertiliser grade AN.

There are even bans in place in some jurisdictions, where alternative fertilisers such as urea or calcium ammonium nitrate (known as CAN) are preferred. While these are inferior at the basic job of nourishing plants, they are seen as safer.

“What we have seen over the years is that the market for fertiliser grade ammonium nitrate is declining, primarily because regulations have continuously been tightened,” said a chemicals industry consultant, who asked not to be named.

He estimates that explosives grade is now the largest element in the global AN trade. And even that is coming under pressure, given the environmental concerns increasingly surrounding open cast mining techniques.

Usually AN is shipped in bulk, but is sometimes bagged, typically in units of one tonne or of 50kg, in line with customer preference.

Sometimes, when container rates are through the floor, the economics of putting it in boxes stacks up. A small amount is produced as an emulsion, and moving it a job for chemical tankers.

Generally, shipments within Europe are shorthaul, and in the 5,000–10,000 range. Bigger shipments, of up to about 25,000 tonnes are sent to destinations such as Brazil.

“The key thing is, if handled properly and safely, there is not really an issue. Shipments of explosive grades tend to be in smaller lots, partly because of the requirements of the market. If you’re shipping fertiliser, people need it by the tonne.”

The legal framework is something of a grey area, according to a partner with a shipping law firm, who worked on litigation surrounding the explosion at the Chinese port of Tianjin in 2015, where AN was again a culprit.

Where it is shipped in bulk, it is not subject to the International Maritime Dangerous Goods code, which applies to unitised goods only. And of course, the IMDG code itself does not apply on land.

“IMDG is an International Maritime Organization convention, prepared for the purposes of ocean carriage. So the code is irrelevant for the purpose of assessing whether the warehouse operator has liability,” he added.

In reality, the legal framework a bit of a mess. While there are IMO guidelines on the keeping of cargoes for transhipment purposes, these do not apply to longer-term storage.

“IMDG is a huge document, hundreds of pages in two volumes, lots and lots of appendices dealing with lists and IMO numbers for cargoes. That’s one of the criticisms.

“The recommendations are a very short document, 200-odd pages, very much at the high level. It applies to dangerous goods within the port area… They apply only when you’re keeping the cargo for transit, and they are only guidance. They’re not part of law.”

In short, each individual government develops its own rules on matters such as chemical storage, health and safety standards, gross negligence and manslaughter.

Frequently they are not observed. The rules in China specify that AN should not be stored within one km of residential dwellings; at Tianjin, that did not happen.

So what now? The future of AN is inevitably a hot topic in the world of fertiliser trading right now, said Ms Meehan.

“There is discussion in the industry whether ammonium nitrate can be substituted with calcium ammonium nitrate. Big buyers are getting concerned about security of supply.”

As Lloyd’s List reported last week, others suspect there will be increased reluctance on the part of shipowners to carry AN consignments, although that will mean higher rates for those ready to run the risk.

Increased insurance premiums for the carriage and storage of ammonium nitrate is also a reasonable expectation.

Is there a future for shipping ammonium nitrate?