CO2 emissions from shipping are projected to be up to 30% higher than 2008 levels by 2050, a new IMO greenhouse gas study says. Ship efficiency gains have not kept pace with rising emissions, while methane emissions have soared

The report will go before the Marine Environment Protection Committee 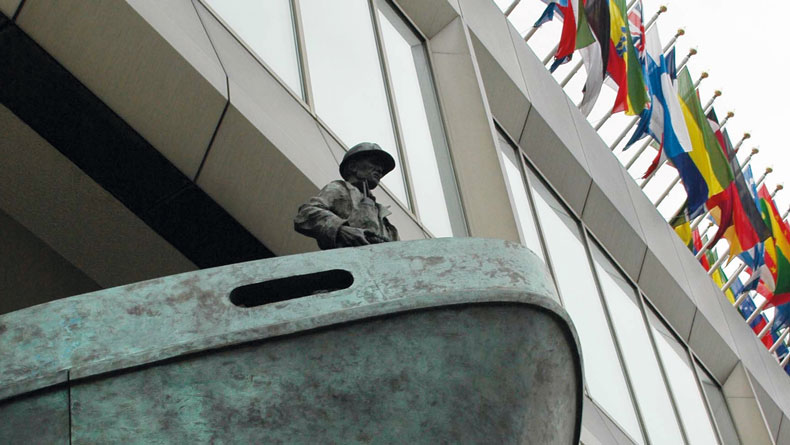 The study shows the industry is far from reaching its emissions goals.

The study shows the industry is far short of meeting its IMO target of cutting emissions by at least half of 2008 levels by 2050.

While coronavirus will reduce emissions this year and next, the study said “emissions over the next decades may be a few percent lower than projected, at most”, depending on the economic recovery.

The Lloyd’s List Podcast: Does shipping have a gas problem?

LNG may not be the silver bullet to shipping’s decarbonisation dilemma, but there plenty of owners betting serious money that it offers a safe bet on the path to a greener future. Joining Lloyd’s List editor Richard Meade and markets editor Michelle Wiese Bockmann is, Bryan Comer, a senior researcher at the International Council on Clean Transportation and one of...

The study, which updates the third IMO GHG study, released in 2014, is the first to distinguish domestic shipping from international emissions, following Intergovernmental Panel on Climate Change guidelines. The new data doubled the share of emissions that fell under national inventories, from 15% to 30%.

Bryan Comer, senior marine researcher at the International Council on Clean Transportation, who led the review and revision of the study’s bottom-up methodology, said growth in shipping was outpacing gains in efficiency.

He said the carbon intensity of shipping fell between 20% and 30% from 2012-2018, depending on the metric. But that improvement has slowed over time, “with only marginal improvements after 2015”.

“The report also clearly shows that emissions of climate super pollutants, such as black carbon and methane, are increasing,” Dr Comer said. “More ships are using LNG as a marine fuel and burning it in engines that leak large amounts of unburned methane. Methane is not yet regulated by the IMO, but it should be because it has a much stronger global warming potential than CO2.”

The ICCT said the study highlighted the need to include methane in future phases of the IMO’s Energy Efficiency Design Index. At present, only CO2 emissions are limited under the EEDI.

Elena Hauerhof, principal consultant at UMAS, a research group, said: “We now have much more up-to-date insights into shipping’s GHG emissions, and this study’s inventories progress our ability to identify emissions on each voyage a ship takes.”

Dr Hauerhof said the rise in the domestic share of shipping emissions “show that more attention should be paid to shipping in national GHG policy”.

The IMO did not comment on the study, which is set to go before the IMO’s Marine Environment Protection Committee.