There has been criticism that shipping’s progress towards zero-carbon has been too slow, but deciding on the correct steps to decarbonisation as an industry is vitally important for success

It is clear there is no single answer to shipping’s decarbonisation dilemma and it is certain that different fuels will be utilised as the industry gradually moves towards a zero-carbon future. But what the viable options are and how and when they will be deployed remains a challenge 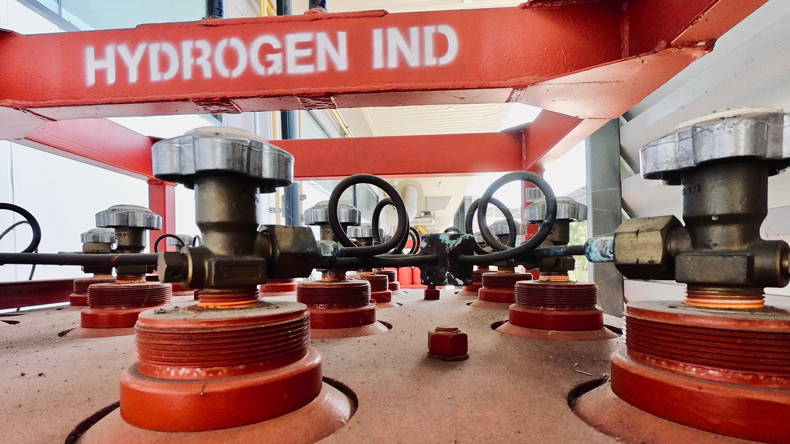 Hydrogen, methanol and ammonia are among the fuels likely to be used on shipping's journey towards zero-carbon.

THE International Maritime Organization’s greenhouse gas reduction strategy lays out 2030 and 2050 as the two most significant years by which action must be taken to address the shipping industry’s carbon intensity.

By 2030, international shipping must reduce its CO2 emissions per transport work, as an average across the sector, by at least 40%, compared to 2008 levels, followed by a 50% reduction by 2050.  What is not laid out is the means by which the industry should get to these targets and progress will likely encompass a range of new fuels including methanol, ammonia and hydrogen.

Liquefied natural gas has long been understood by the shipping industry as a bridging fuel, a low-carbon step on the pathway to decarbonisation, and prior to the pandemic, many vessel operators — especially in the container and cruise sectors — had committed to LNG.

But LNG has its strong opponents and in a position paper on shipping’s progress on decarbonisation, released in June, analysts at Climate Action Tracker stated that the fuel “is not an option to support the transition to alternative energy sources, notwithstanding a perception in the industry that it is a key bridging fuel”.

They claimed studies had shown that instead of reducing emissions, adopting LNG would actually increase shipping’s climate impact when the whole lifecycle of all GHG gases is taken into account.

For this reason, Climate Action Tracker rated the 2030 climate targets for shipping as “critically insufficient” and commented that actions currently proposed are “far too weak”.

“There is tremendous potential for shipping to decarbonise completely and reach zero emissions by 2050, yet there is very little sign of this sector moving anywhere near fast enough, and certainly nowhere near a Paris Agreement pathway,” said Bill Hare, chief executive of Climate Analytics.

But, as Lloyd’s List analyst Richard Clayton argues, this is an unfair assessment particularly when up to 85% of the investment supply infrastructure will fall on the upstream energy sector. As energy leaders have not settled on the solution, shipping cannot yet place newbuilding orders, and ports cannot plan for storage and supply, he argues.

There has been some progress with zero-carbon fuels. Methanol has successfully fuelled the Baltic Sea ferry Stena Germanica for five years. When produced from renewable sources, methanol offers a pathway towards meeting carbon reduction targets.

Biofuels are also under trial, with container lines showing interest. MSC has committed to using 30% biofuel blends, CMA CGM has linked up with Shell to supply second-generation biofuel, and Maersk is working with H&M Group on carbon-neutral transport options involving biofuel.

In a paper entitled Path to Hydrogen Competitiveness: A Cost Perspective, published this year, the Hydrogen Council concluded that there was potential to use hydrogen fuel cells in small regional ferries in the near term.

Hydrogen could serve as a competitive low-carbon alternative to regional electric ferries before 2030, the paper said, while for larger ferries, the low carbon option would be biodiesel after 2030 because of the high cost, weight, and volume of the batteries required for vessels demanding high fuel consumption.

Knutsen LNG, Korea Line Corp and ICBC Financial Leasing are to place shipbuilding orders for the tankers to be supplied to Shell

After 2035, the hydrogen fuel cell ship could become competitive as the cost of fuel cells and hydrogen fuel declines. It was noted that the competitiveness of hydrogen as an alternative fuel would be highly sensitive to the cost and availability of biodiesel.

But for deepsea shipping, especially containerships, the Hydrogen Council acknowledged that the most viable low-carbon fuel would be ammonia. To remain a liquid, ammonia must be kept at −33.6°C (hydrogen must be kept at −252.87°C); and unlike hydrogen, ammonia can be used directly, although the conversion of hydrogen to ammonia is a well-established and low-cost process.

The Hydrogen Council is rapidly growing too and CMA CGM, NYK, the Port of Rotterdam and TechnipFMC are among the latest cluster of companies to sign up.

It is clear that there is optimism for a decarbonised maritime sector in the future, the lingering challenges of co-ordination and finding both short- and long-term solutions remain.

As Lloyd’s List’s Anastassios Adamopoulos points out in his new outlook article, in the midst of the coronavirus pandemic it is easy to forget that this industry also relies on regulatory enhancements to function with some semblance of harmony. The health crisis has halted all official international negotiations until further notice, including the environmental ones.

When International Maritime Organization meetings resume in 2021 the pressure on governments to take action on GHG emissions will be greater than it was before.

There will be little patience for the use of a coronavirus for a reason of delayed decisions, especially on issues like short term emissions reducing measures, which for some observers have already been pushed back enough.