Seafarer crisis is a challenge for the whole marine sector

Charters could start to be rejected on the basis that a ship’s crew have been on board for excessive periods, raising safety concerns. Vessels will then be laid up around the world with potentially no crew being available, as there is almost certainly going to be a decline in the profession

First and foremost, shipowners and their insurers will very likely face claims from seafarers 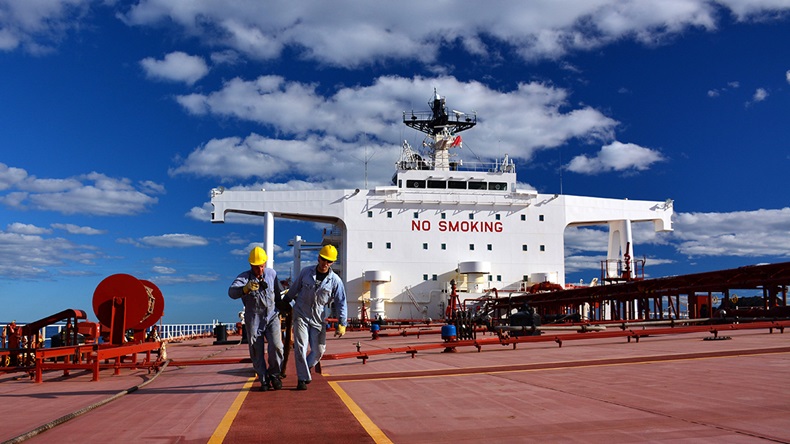 Source: G-Valeriy/Shutterstock.com Around 40% of the world’s seafarers have been directly affected by coronavirus

UNTIL very recently, seafarers were not afforded key worker status.

Had they been afforded, quite correctly, this status at the start of the pandemic, in all probability, the sector would not be faced with what can only be described as a humanitarian crisis.

While the entire world has been hit by coronavirus, approximately 40% of the world’s seafarers have been directly affected, whether that relates to the 300,000 souls stuck at sea, some of whom are now out of contract, or the further 500,000 being impacted as a consequence.

Until recently, there was very little commentary on the increasing problem of crew changes.

Providing some context to the scale of the problem, only around a quarter of routine crew changes have taken place since March.

Fortunately, finding a way to resolve the problem the shipping sector has faced has now gathered momentum.

This is partly because of support from the media, who are reporting on a daily basis about the difficulty shipowners are experiencing in repatriating hundreds of thousands of crew members after having spent many months at sea. But also following on from the summit organised by the UK government on June 25.

Despite previous pledges by countries to ease transit restrictions for seafarers, it was not until last month that some resolution was reached.

The UK summit saw 13 of the 15 governments in attendance pledging to give seafarers key worker status and allow exemptions to ease their passage through immigration borders to help resolve the crisis.

Many of them have been on ships for so long now that they are in breach of the time limits as contained within the maritime labour convention.

Some may argue that the problem could have been easily resolved by simply re-routing vessels to other ports; however, that potential solution is not that easy.

Many shipowners have, for example, experienced problems associated with the issuing and/or expiration of visas, medical certification, or passports, with some having expired mid-voyage.

Even if a ship could be re-routed allowing a seafarer to physically disembark at a local port, when faced with the aforementioned scenario, they technically cannot do so.

If for argument’s sake a seafarer did not have the visa/passport/certification problems mentioned above and were able to physically disembark, what happens next? How do they get home with either so few airlines operating or those that are charging increased fares?

This mode of transport may no longer be viable to those who cannot afford inflated costs, combined with the significant travel restrictions placed upon the world including many countries closing their borders.

In addition, how does their replacement travel to the relevant destination to join the vessel? Crew changes ordinarily involve several countries, and with many borders closed, the problem only becomes more difficult. As the pandemic has continued to spread across the globe, the problem has only become more entrenched.

The reality is that vast numbers of crew are essentially being kept captive on board until such time as some sort of resolution can be reached.

The shipping community has had to go to extraordinary lengths just to undertake what would normally be considered routine crew changes, with very little support from the governments of the countries who have had no difficulty in issuing the flag to the vessel in question.

The UK, which has now recognised seafarers as key workers, is now evolving as one of the countries where crew changes are much easier to facilitate, which will be welcomed by some, provided vessels are able to divert.

The question many will be asking is whether this scenario could have been avoided. Until recently, there had been only occasional media coverage of these events, and certainly very little understanding about the scale of the problem.

That said, as an employee of a large shipping company, seafarers are surely likely to be asking the question, if they have not already done so, as to whether the industry and their employer could have done more to prevent the situation.

Perhaps for some the question and/or solution relates to the flag state of the vessel. A vast number of shipping companies. when choosing a flag state for their tonnage, do not usually apply to their home nation.

This can be for myriad reasons, including financial, although more recently some UK owners/operators have chosen to avoid European countries because of Brexit implications.

Why would a country that has no affiliation with an owner/operator, save for a vessel being flagged with them, choose to lend support to an outsider rather than a domestic operator?

Perhaps some shipping companies will give consideration in the future as to their choice of register, and whether they would be better off flagging in their home countries so as to leverage internal support in the future if and when presented with scenarios such as those that have arisen from the health crisis.

Post-resolution there are likely to be some questions asked including whether the shipping industry is to blame.

The overall damage to the sector will be unknown for some time, although this is likely to be multi-faceted. First and foremost, shipowners can certainly expect to be presented with claims from their employees.

Charters could start to be rejected on the basis that a ship’s crew have been on board for excessive periods, raising safety concerns. Vessels will then be laid up around the world with potentially no crew being available, as there is almost certainly going to be a decline in the profession even in those countries that continue to supply sea-going labour.

To avoid all of this, seafarers need to be supported and therefore it is essential that crew changes return to normal as a matter of urgency if global economies are to recover from the impact of coronavirus.

Gemma Pearce is a partner and head of marine at the insurance risk and commercial law firm BLM. This article first appeared in Insurance Day.