Britain seems set to take a tougher US-style approach to maritime sanctions in the wake of Brexit, lawyers believe, following the issue of new guidelines from the Office of Financial Sanctions Implementation

‘The guidance identifies a number of illicit and suspicious shipping practices that look remarkably similar to those of Ofac,’ says Reed Smith 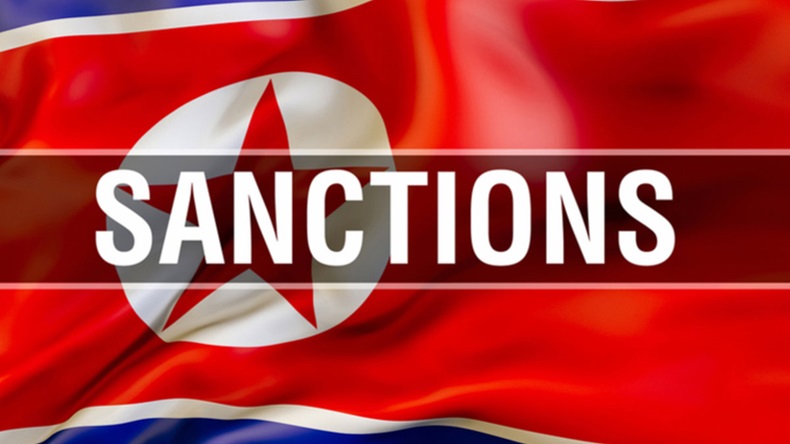 Source: Shutterstock.com Special attention is paid to concealment efforts by a number of sanctioned countries, including North Korea.

THE UK seems set to take a tougher US-style approach to maritime sanctions in the wake of Brexit, following the issue of new guidelines from the Office of Financial Sanctions Implementation.

The expectation is for greater onus on owners to nip malpractice in the bud, on pain of breaching finance covenants and even risking loss of insurance cover, which could see greater demand for third-party monitoring services.

The move comes after the US separately introduced sanctions on Russia’s previously excluded Nord Stream 2 and TurkStream gas pipelines, in a development with implications for some specialist vessels time and the provision of P&I cover to them.

The Office of Financial Sanctions Implementation stipulations contain no changes to current UK law as such, but instead counsel closer scrutiny of vessel behaviour and the structures of foreign companies involved in transactions, and greater awareness that trade documents may not be genuine.

The office points to a variety of tactics used to confuse or conceal the identities of vessels, cargo, routes and ports involved in the illicit movement of goods and funds.

Special attention is paid to concealment efforts by a number of sanctioned countries, including North Korea, Iran, Libya and Syria.

Ships switching of their Automatic Identification System should in particularly be noted as an indicator, although switch-off does not necessarily confirm illicit shipping practices. Ship-to-ship transfers, while again often legitimate, is another red flag.

North Korean is singled out for tampering with bills of lading, invoices and insurance paperwork to obscure the origin of a vessel, its goods and its destination, and the country sometimes resorts to front companies.

According to shipping lawyers who have analysed the guidelines, there are obvious similarities with an advisory issued by the US Office of Foreign Assets Control in May this year, which placed increased onus on the maritime sector in the fight against financial crime.

“It looks increasingly likely that the UK’s sanctions regime will diverge from the EU’s current sanctions position when the Brexit transition period comes to an end,” said Leigh Hansson, a partner at Reed Smith. “The guidance identifies a number of illicit and suspicious shipping practices that look remarkably similar to those of Ofac.

“The tough approach of the US sanctions regime has proved a notable element of the Trump administration, particularly on the maritime sector, and it is quite possible the UK will look to take the same aggressive enforcement stance in a post-Brexit world.”

The UK is a key insurance and finance hub, as well as the jurisdiction of choice for many shipping and commodities contracts, Ms Hansson added.

A breach of UK sanctions could trigger an event of default under finance covenants, resulting in difficulties in enforcing contractual rights or triggering of sanctions clauses under insurance contracts, giving them an extra-territorial flavour.

Clyde & Co partner Patrick Murphy added: “Neither the Ofac advisory nor OFSI’s note change the law in the US or UK. What it is clear, however, is that both are now looking to the maritime industry to tackle sanctions evasion by identifying bad actors and acting on deceptive shipping practices, in much the same way as they have previously looked to the financial services industry to assist in sanctions compliance.”

Maritime companies should consider themselves on notice that if they do not adopt the recommended due diligence processes in the advisory notes and are found to have assisted sanctions evasion, they can expect the sort of punishments dealt out to some banks in recent years.

Sebastian Villyn, head of risk and compliance data at Lloyd’s List Intelligence, said that while OFSI’s document was published as a guideline, governments increasingly expect robust compliance checks as standard.

“The UK is the centre for the maritime insurance market, and it is unsurprising that the OFSI is issuing guidance to the maritime industry in the wake of Ofac’s detailed instruction,” he said. “Companies interacting with the maritime supply chain will be expected to stay on top of deceptive shipping practises. Access to tools which identify suspicious ship-to-ship operations, prolonged AIS gaps and absence of port calls, and beneficial ownership information for vessels is critical to mitigating a company’s exposure.”

A circular from Steamship Mutual has given an update on US efforts to limit Russia’s influence over Europe’s energy supply under the Countering America’s Adversaries Through Sanctions Act 2017.

“The sanctions target the provision of cable-laying and other ships used in such projects, and a number of related services which could include the provision of P&I insurance,” Steamship said.

S.232 of CAATSA gives the US government discretionary authority to impose sanctions in respect of activities related to the construction of energy export pipelines from Russia.

Until now, it had been assumed that the Nord Stream 2 pipeline between Russia and Germany via the Baltic, and the TurkStream pipeline connecting Russia with Turkey via the Black Sea were excluded, as both were initiated prior to the enactment of the legislation.

But updated guidance issued on July 15 specifically brings them by name into the ambit of s.232, on the grounds that they increase Russia influence.

“Nord Stream 2 and the second line of TurkStream — both of which are under construction — could undermine Europe’s energy security by maintaining Russia’s dominant share in Europe’s gas markets for decades, discouraging investment in critical diversification projects, and limiting the ability of European countries to gain leverage over Russia on issues of price, commercial transparency and the environment,” the US State Department said.

From the News Desk: US ‘stick-and-carrot’ approach to sanctions reaps dividends

Greek shipowners most exposed to US Venezuela sanctions