European countries have been seeking ways of keeping critical shipping services running. But in doing so, they may be propping up uneconomic companies

Grimaldi says: ‘If governments are determined to prop up ferry routes then they should proceed in a uniform, non-distorting fashion, regardless of their financial strength, in accordance with existing European Union state aid rules.’ 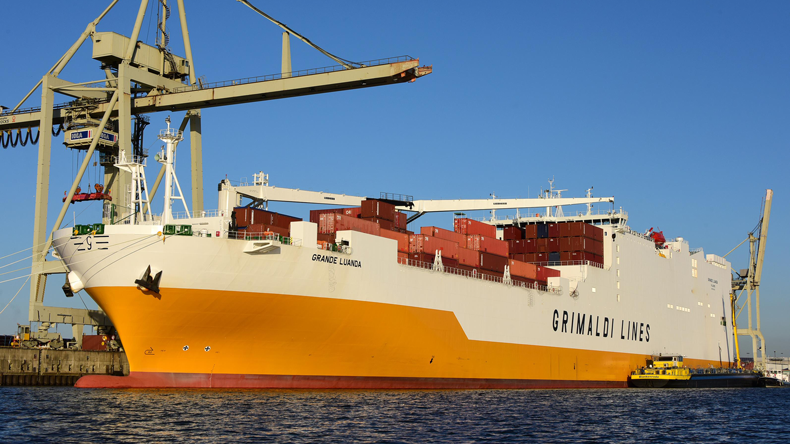 GRIMALDI, the Italy-based car carrier and ferry operator, has repeated its call for state aid to shipping to be closely monitored to avoid “blatant distortion of the market”.

The company said that while it was understandable that European governments would want to help businesses overcome the current economic crisis, there was a risk of distorting competitive markets and “assist state-dependent entities that do nothing other than drain the public purse irrespective of the quality of the services offered”.

It said recent trends in state aid delivery were “worrying”, citing the Italian government’s decision to extend aid to one of its competitors serving Sardinia without tendering for alternative offers.

“Given that other operators, including us, compete on the same routes without any public subsidies, the result is a blatant distortion of the market, which we have formally contested with legal actions, both on a national and European level,” an editorial published in the company’s in-house magazine said.

The problem was not unique to Italy, it added. In Finland, its Finnlines subsidiary had been left off a list of four ferry companies to be offered support from the country’s National Emergency Supply Agency.

“If governments are determined to prop up ferry routes then they should proceed in a uniform, non-distorting fashion, regardless of their financial strength, in accordance with existing European Union state aid rules,” Grimaldi said.

It said that the situation in Greece, where all ferry companies were eligible for an emergency aid programme, irrespective of their size, financial situation or routes served, was a “fairer way of doing things”.

“We are not opposed in principle to state aid under all scenarios,” said the company. “Subsidies may sometimes be necessary to ensure island economies are supported all year round. Rewarding companies that have consistently shown themselves to be incapable of doing good business is a very questionable practice.”

Emanuele Grimaldi, managing director, has said the company had not sought state support for any of its subsidiaries during the coronavirus pandemic.