‘We don’t want sympathy, we just want recognition,’ seafarers tell Lloyd’s List as part of our campaign to give a voice to more than 300,000 crew unable to sign off and return home

Crews tell their stories of resilience, missing families and not stepping on land for nearly six months as coronavirus pandemic leaves them stuck at sea 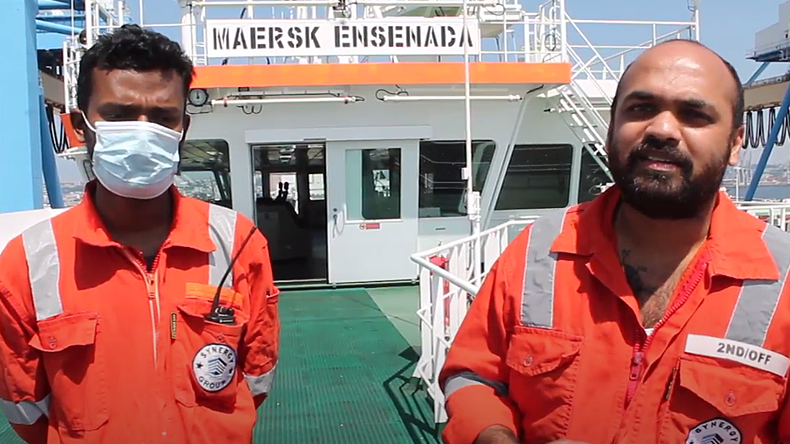 SEAFARERS have spoken of their pride in providing reliable, constant service during a global pandemic, as well as their dismay at how governments have ignored their plight.

As part of our campaign to give seafarers a voice and provide visibility to a largely invisible problem, Lloyd’s List is publishing exclusive videos recorded aboard vessels which offer a face and a voice for the estimated 300,000 crew overdue to leave vessels.

Capt Mridul from the Maersk Ensenada joined the containership three weeks ago from Sri Lanka. Another 10 seafarers accompanied him there to take part in other crew changes but last-minute regulatory hurdles saw them unable to join their vessels, a common scenario as shipmanagers and operations departments worldwide battle inconsistent, ever-changing health, quarantine and immigration restrictions.

Capt Mridul called for other countries besides India and the UK government to recognise seafarers as key workers.

Morale is still high on board the containership, Capt Mridul said, with a reminder that global trade was flowing uninterrupted during the pandemic, despite the massive disruptions arising from global lockdowns to control the virus.

Maersk Ensenada has four crew overdue for sign-off including the chief cook, third engineer, third officer and second officer. “We just want to get home to our families,” they told Lloyd’s List.

Another master told how he and his crew have not stepped on land for more than five months. Since February, crew have been unable to leave the ship and they remain desperately worried about their families.

Those 25% of crew able to sign on recounted long and complex voyages to join ships while those stuck on board want to see their family.

The restrictions are taking a toll on seafarers’ mental health, another said, adding that many employers were doing their best to provide support and care and recognised the impact it was having.

Captain Radhika Menon from the tanker Iris Victoria spoke of the isolation that seafarers are feeling. When on board a vessel, it’s not possible to take days off or have holidays, leaving overdue crew very tired.

“My humble request to organisations and governments around the world is to make regulations more friendly,” she said.

For more insight and coverage of the crew change crisis, visit our Hot Topic page.

Is shipping to blame for the crew crisis?

Crew crisis is shipping’s ‘most acute problem’ in 50 years