From the News Desk: Progress made in digitalisation and decarbonisation

While the coronavirus pandemic has slowed down or brought to a halt many aspects of the shipping industry, the movement towards digitalisation and decarbonisation appears to be picking up pace 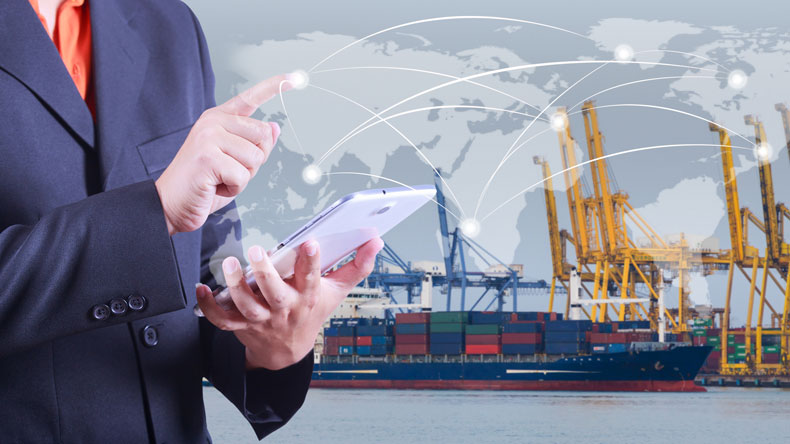 CARGILL, Hafnia, Mitsubishi subsidiary MC Shipping Ltd, Shell, Vale, DNV GL, and Wilh. Wilhelmsen are among the largest companies to have decided on 45 partnerships with start-ups they believe could generate commercial decarbonsation services for maritime.

Tarun Mehrotra, director for trade and transport at venture development firm Rainmaking, told Lloyd’s List that the firm has now completed its first six-month cycle of a programme aimed at encouraging shipping companies to partner up with smaller businesses focused on a range of solutions to the sector’s environmental dilemma. These range from artificial intelligence-based solutions to potentially test-bedding new sustainable fuels.

“While the shipping industry tries to understand the pathways to decarbonisation, it is our belief the best way to move the needle on decarbonisation is to have a portfolio approach,” Mr Mehrotra said.

A second six-month cycle will begin in August this year, with the programme scheduled to run until the end of 2022 by which point it hopes to have identified 3,000 high-impact tech start-ups, culminating in a final shortlist of over 100 scaleable pilot schemes and ventures.

The nine founding corporations, with combined annual revenues of $500bn, commit to achieving net-zero emissions by 2050 at the latest

“The shipping industry is just beginning to see a lot of interest from tech entrepreneurs and our belief is that six months is a long time for new solutions to be on the horizon. Especially when you are talking about deep-tech and AI-enabled solutions,” Mr Mehrotra said.

Collaboration on decarbonisation efforts is being embraced elsewhere as well. In Japan, nine companies are taking part in an initiative to study carbon recycling technologies for green shipping.

“Through its activities, the [working group] aims to reduce greenhouse gas emissions to zero in sea transportation, which accounts for 99.6% of Japanese imports and exports, and thereby contribute to the formation of a sustainable society,” Mitsui OSK said in a statement.

Specifically, the nine companies plan to assume carbon recycling supply chain of methanation fuel that involves the supply of feedstock CO2, transportation of the feedstock, methanation, and conversion into marine fuel, it added.

Meanwhile, Lloyd’s List spoke to Beacon chief executive Fraser Robinson for the most recent in our series of weekly podcasts about his company’s plans to use technology to revolutionise the maritime logistics sector.

With a heritage at silicon valley tech giants such as Amazon and Uber, Beacon has a mission to make trade simpler, more transparent and reliable by updating the analogue freight space with a higher quality logistics service and addressing the problems associated with trade finance.

Far from predicting the death of freight forwarding, he thinks the sector has a bright future ahead of it although there will undoubtedly be casualties along the way.

Also in the past week, Daewoo Shipbuilding & Marine Engineering announced it will work on digitalisation initiatives with the Port of Rotterdam including technologies that will enable smart ships to interface with smart ports.

The aim is to get a head start on the global remote-controlled and autonomous ship market of the future. The Port of Rotterdam is recognised as one of the world’s most automated and digitalised ports.

The two parties have also agreed to work towards realising the common goal of a digitalised and decarbonised shipping industry that meets future customer demands and global environmental regulations.

“This strategic co-operation will not merely be limited to developing new technologies, but thoroughly verify them so that they can be applied to actual ships,” DSME said in a press release.

Smart ships with improved operational efficiency and safety, enhanced port operations from smart ports and reduced environmental pollution are expected to result from the collaboration.

But there are still many obstacles to overcome before digitalisation is fully embraced by the shipping industry, not least when it comes to the human element.

A recent Lloyd’s List webinar raised an interesting question among participants — essentially, does the sector place a higher trust on digital intelligence than human intelligence? It would appear the jury is still out on this subject.

Peter Björkborg, who is responsible for sustainability and transformation at Stena Bulk in Gothenburg, called for the industry “to reach a certain level of maturity in terms of digital”.

He said shipping “needs to trust information that comes from digital sources and not [only] from human sources”. He added that, in his view, the future winners would be those who “will be able to combine digital intelligence and human intelligence”.

At the core of the problem appears to be whether or not companies trust the data that is powering these digital tools — if they have enough data, if they can trust the source of that data. It seems to be that the more data is loaded in, the more trust there is in the output.

It is clear the mindset in the industry is shifting though as the past five years has seen an exponential rise in the amount of data used, bringing insight into everything from the way ships are performing to how businesses are run. Data is most in use where maritime companies work closely with other sectors that are driven more rigorously by data.

One barrier to wider digital adoption is the tendency to concentrate on the technology itself rather than the reasons why it was developed in the first place, which is to improve safety and efficiency, according to ABB Marine & Ports’ Eero Lehtovaara.

The master mariner, who is the head of regulatory affairs at the company, believes there is a disconnect between the perception of the future of ship operations, with unmanned vessels and control rooms, and the reality of the situation on the ground.

“As we go further into smart and intelligent shipping, I would like to completely avoid the word autonomous because, for me, autonomous means unmanned; no humans involved at any point of the decision. It’s very specific,” he told Lloyd’s List.

Even more confusing is the word ‘remote’, he says, which is just a question of location. “We are trying to squeeze the whole maritime industry into one or two sentences. That’s just not feasible.” Far more important is the relationship between humans and machines, he added.

For more on the shipping industry’s progress with digitalisation and decarbonisation, visit our Hot Topics page for consolidated coverage.