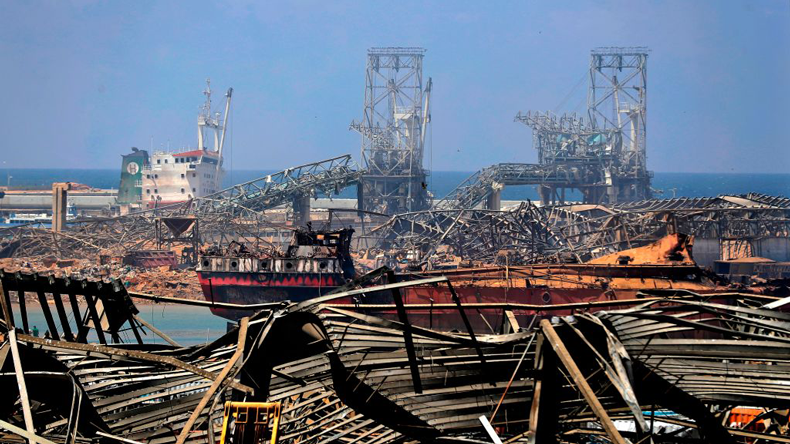 
Part of the port of Beirut has reopened a week after a huge explosion devastated much of the city.

The prime minister of Mauritius has said the island nation must prepare for “a worst case scenario” concerning the Japanese vessel that ran aground on a reef, spilling oil into the Indian Ocean.

Libya’s National Oil Corp has raised concerns about the risk of a Beirut-style explosion from armed conflict near its oil ports.


London still handles more than 80% of all maritime arbitration cases despite efforts by other jurisdiction to promote themselves as competitors, according to research from HFW.

Hull fouling is the biggest preventable cause of excess fuel consumption and avoidable greenhouse gas emissions, but judging when to remove growth from a ship has traditionally been left to intuition or carried out at intervals with little regard for trading conditions.

From the News Desk:  At least six damaged vessels in the port at the time of the explosion identified, while firefighters and experts seek to contain damage to dangerous chemical containers.

Elias Kulukundis, the Greek author and shipowner, has died in Syros, his family said. He was 82.

The risk of another major port explosion similar to that in Beirut cannot be ruled out, but is unlikely to occur if safety guidelines are adhered to.


CMA CGM has announced the launch of a relief campaign for Lebanon after the explosion in the port of Beirut that devastated much of the city.

India will invest $1bn on a new port at Great Nicobar Island, at the southern edge of the Bay of Bengal, with the aim of developing an ambitious new container transhipment hub to match Colombo and Singapore.

Norden, a Danish bulker owner and operator, has added two more ultramaxes to its existing order of four vessels being built at the Nantong Cosco Khi Ship Engineering yard in China.

Thai dry bulk operator Precious Shipping’s chief executive Khalid Hashim believes that 2021 should be a “reasonable year” compared with the disaster so far this year.