Crew crisis is shipping’s ‘most acute problem’ in 50 years

According to several group executives, certain charterers have begun rejecting ships that has crew on board for excessive periods because of safety reasons 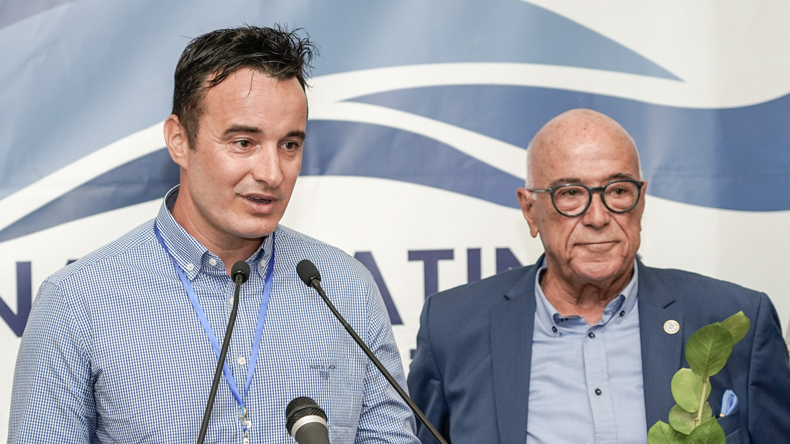 THE tens of thousands of seafarers left in limbo on board vessels because of port state restrictions provoked by the coronavirus pandemic has presented shipping with its worst crisis in the half-century, when one of Greece’s most prominent shipowners launched his career.

“We have always faced problems, but Greek and international shipping never had such an acute problem as this in all the years since we began,” said Captain Panagiotis Tsakos.

His group runs about 100 vessels across several sectors, including the tanker and liquefied natural gas carrier fleet of publicly listed Tsakos Energy Navigation and the privately owned fleet of Tsakos Shipping & Trading.

The combined fleet is managed by Tsakos Columbia Shipmanagement, established in 2010 in a joint venture with Schoeller Holdings.

Capt Tsakos, who became a master in the Greek merchant marine at 26 and launched his own company in 1970, warned that the damage being wrought on shipping is multi-faceted. Crews are reaching breaking point and the longer-term consequences are likely to include waning appetite for seafaring jobs even in those countries that continue to supply sea-going labour.

“There is an impending danger that the young men and women we have tried for so long to attract to the sea will be discouraged by seeing the inhuman way in which seafarers are being treated,” he said.

“If this happens, the dismantling of the web that now constitutes world trade and the world economy will begin. Cargoes will cease to be transported, raw materials will not be enough, industries will close, jobs will be lost, homes will starve.

“And all this because governments are reluctant to take measures that, by facilitating the movement of seafarers to and from their ships, would ensure the unimpeded flow of international trade and peoples’ well-being.”

Capt Tsakos was speaking at an event at which a number of masters and engineers provided personal testimony of hardships.

Some spoke of many months since last stepping foot ashore, another fell seriously ill but was denied hospital treatment for weeks, while another master reported that one of his crew lost both his parents within a matter of days, but had been unable to attend the funeral.

The master of the panamax product tanker Andres likened the situation on vessels to “a hand grenade that any moment can explode”.

“For the sake of our seafarers, we must unite our efforts so that the return to ‘normalcy’ is not too late for them,” Capt Tsakos said.

While insufficient concern was being given to crews trapped on board, no one had given much thought to the other half of the seafaring community that were being denied work that in some cases they had expected to begin months ago.

According to Harry Hajimichael, general manager of Tsakos Shipping & Trading, cadets being trained at maritime academies, including Tsakos’ own nautical school in Chios, would also find their education disrupted as they are missing out on the required practical onboard experience.

“We are struggling to get regular people on board so obviously it is even harder for cadets,” he told Lloyd’s List.

As shipowners we are doing what we can, but seafarers cannot remain trapped on their ships indefinitely. The situation is unsustainable and at a critical point,” said Mr Hajimichael. “If we cannot change our crews, then the ships will not be able to continue operating.”

He said that Tsakos and many other shipping companies were “willing to face the extra financial burden” by themselves although the additional expenses were difficult to calculate and changing all the time.

Air fares for repatriating crew had shot up, in some cases by multiples of seven or 10, because of the scarcity of flights, but even at such prices they were difficult to find.

“Even when we finally find the ticket, bureaucracy in the few ports open for crew prevents the repatriation of the seafarer because there are delays on the ships and the seafarer cannot immediately be put on the plane for a variety of reasons, with the result that the tickets are lost and repatriation is indefinitely postponed.”

Mr Hajimichael said that crew changes had been virtually impossible for ships in Latin America, Asia and the Middle East, while in Europe there were some prospects.

Tsakos had been making “every effort” to route vessels through Greece where crew changes were “possible, under certain conditions” and there was just enough flexibility to allow non-Greek crews to get repatriation flights “sometimes even next day”.

“Charterers have not shown sensitivity,” he said. “There have been cases when we have wanted to divert to change crew and have not been allowed. There has been no flexibility.”

According to several group executives, certain charterers have begun rejecting ships that has crew on board for excessive periods because of safety concerns.

“They do not put it like that but they ask if you can comply with their matrix and with crews that have been trapped on board for so long, in some cases you can’t,” he said.

Spotlight on the 40% of seafarers trapped by crewing crisis