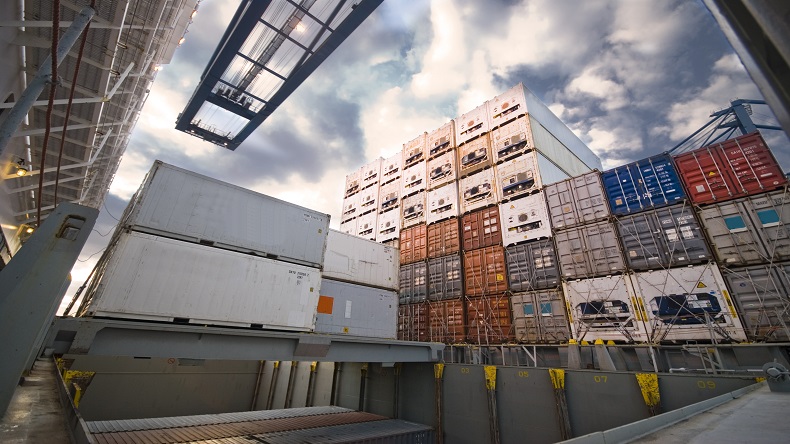 Reefer containers are under strict scrutiny at some Chinese ports due to concerns about coronavirus.

PORTS in Southern China have imposed restrictions on handling of reefer containers amid concern that imports of frozen food are testing positive for coronavirus.

The move could lead to an increase in costs of logistics and time for custom clearance, according to industry sources.

In a customer advisory, Hapag-Lloyd listed about 20 affected ports in the Pearl River Delta region.

Some, such as Guigang and Wuzhou, issued a blanket ban on reefer containers, while some, such as Da Chan Bay in Shenzhen, prohibited inbound or transhipment refrigerated boxes.

Others, including Zhuhai Hongwan and Zhongshan Waimao, banned certain types of frozen foodstuff, such as meat or fish.

Earlier this month, China’s customs authority said it was suspending imports from three Ecuadorian suppliers of frozen shrimp after detecting coronavirus in cargoes at Dalian and Xiamen ports.

Tests on the frozen shrimp and inner packaging were negative but the General Administration of Customs said the container environment and outer packaging of the goods were at risk of contamination.

Two of the three companies claimed the virus was only found on the walls of the container and that China was exaggerating the health risks.

The latest cases were found in Yunnan province, where three out of the 2,750 samples were tested positive earlier this week, according to a statement by the local health bureau. 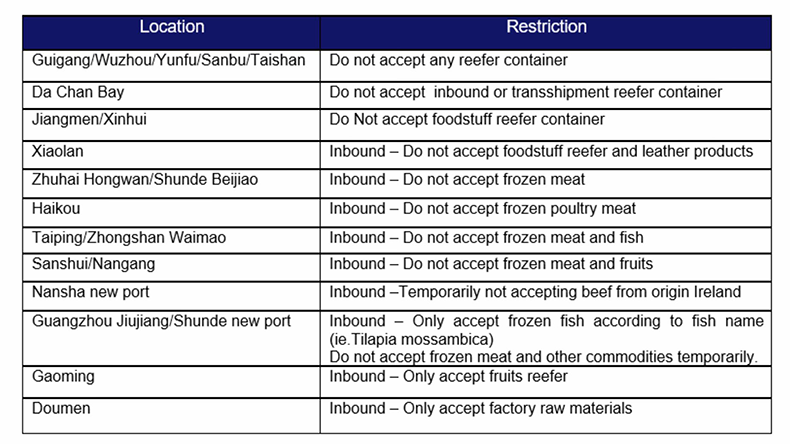 Before that, China also suspended meat imports from several foreign plants due the outbreak at those facilities.

China began testing imported fresh and frozen food last month after the coronavirus was found on a chopping board used to cut salmon in a Beijing food market that reported an outbreak among workers there.

In response, many Chinese ports have tightened their inspections over reefer cargo.

The customs authorities at Hongwan port, for example, have ordered nucleic testing for all reefer containers. This could lead to extra costs of Yuan1,500 ($214) per box, including additional handling and barging charges as well as testing fees, according to port sources familiar with the matter.

In Nansha, Guangzhou, certain frozen foodstuff — such as pork, chicken feet and fruit — is still allowed to be imported, but the port has ramped up the sampling rate, leading to slower cargo movement.

One port manager in the PRD region said in some cases, although there was no written announcement, local customs or government officials might just have issued verbal bans at ports where reefer volume was small.

“Yunfu, for instance, is a small city with zero infection among the people there,” the person added. “It’s a hard-earned achievement they probably don’t want to risk for just a few reefer containers.”

Health and food safety experts in China have tried to alleviate some of the concerns, claiming that the possibility of frozen aquatic and meat products being the source of spreading coronavirus is extremely small.

Li Ning, a researcher at China National Center for Food Safety Risk Assessment, told a recent press conference that there had been no evidence that people can contract the coronavirus from food.