Airlines told to step up and resume regular commercial flights as nearly 300,000 seafarers remain stuck on ships at sea worldwide 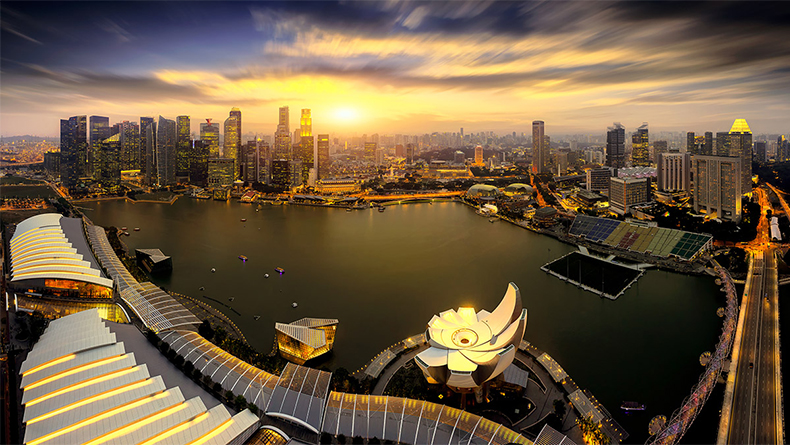 Airlines have not arranged extra flights from key crew-supplying countries such as the Philippines and India to hubs such as Singapore (pictured) to meet demand.

“The crux of the matter is the airlines… they are the other missing link in the entire value chain we’re looking for,” said association executive director Michael Phoon.

“We’re not sitting on our hands; we’ve been trying so hard to get them to work and come to the table with us.”

Between 200,000 and 300,000 seafarers worldwide are estimated to be stuck on ships with expired contracts after the coronavirus pandemic led to cascading country lockdowns that prevented three quarters of scheduled changeovers from happening since March.

Airlines have not arranged extra flights from key crew-supplying countries such as the Philippines and India to hubs such as Singapore to meet demand, according to Mr Phoon.

“We have literally done all we can to help,” he told Lloyd’s List, referring to extensive liaison with airlines and the airline industry’s lobby group, the International Air Transport Association.

“We have tried to get as many companies as possible to provide forecasts of which ports vessels are going to and are due for crew changes to provide visibility. It’s really up to them [airlines and IATA] to figure out whether they want to resume flights.

“I don’t buy the reasons that they say, such as ‘we need to work with the airlines to figure out whether this is a business proposition’. If you were to check the limited flights that are flying out now, they’re all at full capacity, what more indicators can they want?

“Then they said, ‘Maybe we don’t have to resume [flights], why don’t we think about chartering?’

“But if you’re going to charter, you’re extending the same efforts to get the flights in place so why don’t you resume a normal commercial flights? The logic is not there.”

In a statement to Lloyd's List, IATA responded: "IATA has been working with its member airlines and the International Chamber of Shipping (ICS) to help return stranded seafarers home. Challenges remain however due to the lack of available flight options as a result of government-imposed border restrictions. Additionally, there seems to be an gap in the information flow to airlines regarding the specific number of seafarers requiring repatriation. We remain committed to working with our members and shipping groups across the world to help get seafarers home whether it be through scheduled or charter flights."

Shipmanager V.Ships reported earlier this week that the company had signed in and signed off more seafarers from the US and the UK than any other countries since March.

The figures provided a real-time insight into how usual transfer hubs were avoided for their inconsistent rules, with goalposts constantly changing at different countries and ports, executives reported.

Although Singapore was among the first to establish protocols for crew changes, numbers passing through the country have been limited compared with the number of port calls that take place there.

Fourteen-day advance notice is required for those who can’t directly join a flight from the port and crews must transit through airports in hazmat suits under certain circumstances, according to sources speaking with Lloyd’s List. Former transport minister Khaw Boon Wan also posted images of hazmat suit-wearing seafarers transiting through the airport on his Facebook page.

The MPA subsequently told Lloyd’s List that neither they or any other agency requires protective suits to be worn. “While crew members are required to wear a mask under local regulations, they are not required to don a full personal protective equipment suit,” a spokesperson said.

Nearly 31,000 crew change requests have been approved in Singapore since March 27, according to the MPA.

That averages out to some 2,000 crew weekly, in a country with 130,000 port calls annually and a reputation as the word’s number one maritime centre and regional bunkering, oil and refinery hub.

Singapore’s shipping sector has put together a system that integrates information from participating companies about crew changes and activity to a central portal, which was provided to the local IATA contact, Mr Phoon said.

“I’m not sure what they are doing with it … we have literally done all we can to help,” Mr Phoon said.

“As the saying goes, the ball is no longer in our court. The specific oversight to manage airlines is not our job, they’re not going to listen to us. IATA has to step up and support them.”

Global airline industry losses are forecast to top $84bn in 2020, according to IATA as travel demand drops by an average 50% this year.

The Asia-Pacific region was the first to feel the brunt of the pandemic IATA said, and estimated to post the largest absolute losses.