An estimated 300,000 of the world’s 1.5m seafarers await repatriation as cascading lockdowns across countries since March prevent three quarters of crew changes going ahead 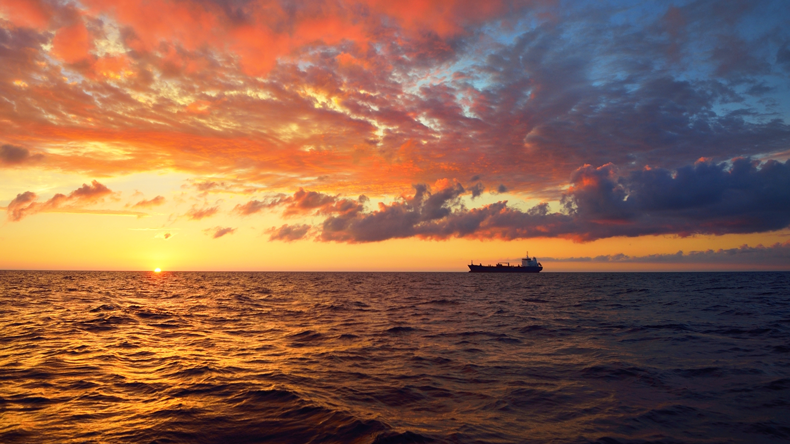 Source: Alex Stemmer/Shutterstock.com Around 300,000 seafarers worldwide remain stuck on board ships and unable to return home.

THE US and the UK have become the top two countries for seafarer embarkation and disembarkation for one of the world’s largest shipmanagers.

V.Ships has managed nearly 2,400 crew changes from the US, and another 1,500 from the UK, since the end of March. It has signed on some 5,200 crew and disembarked a further 8,100 worldwide. Spain, Brazil, the Netherlands and China are the next countries where V.Ships has effected the most changeovers.

Key crew change hubs such as Singapore and the United Arab Emirates are not among V.Ships’ top 10 countries , according to internal documents the shipmanager has shared with Lloyd’s List.

Last week, 788 crew signed off and 521 signed on for the shipmanager. Rolling weekly averages show the figure is gradually increasing, but not fast enough.

“We really need action now to open up the borders, internally and externally across the globe,” said V.Ships Group director of health, safety, environment and quality Matt Dunlop. “We're making an impact, but it's small with small numbers.''

He said that in the past two weeks 1,200 seafarers had joined vessels, with 400 coming off. “But it's not enough, we need to do more now and we’re ready to do more — we need governments we need airlines, we need quarantine facilities to be understood so that we can actually affect crew changes.”

The large numbers of crew on cruise lines that needed to get home have provided necessary guidance and infrastructure for the US as well as the regular international flights to aid higher figures for America.

Also influencing crew changes is their nationality. V.Ships has changed more Ukranian and Indian crew than Filipinos, even though they comprise the second-largest group of the world’s 1.5m officers and ratings. China supplies the largest number of seafarers, followed by the Philippines, Russia, Ukraine and India, according to industry figures.

Some 2,200 Ukrainian crew and 2,185 Indian seafarers have been changed, according to V.Ships. A further 1,770 Filipinos and 1,770 Russians have also been changed. Regular flights to the Philippines and other travel restrictions have lowered numbers repatriated, while corridors between Amsterdam and Berlin have helped Ukrainian crew.

Around 300,000 seafarers worldwide remain stuck on board ships and unable to return home, with three quarters of crew changes not occurring since March when a series of cascading lockdowns across countries began.

United Nations guidelines have failed to align health and immigration protocols and cut through red tape to end the logistics bottleneck and redress the rising humanitarian crisis at sea.

Amid this backdrop is rising indignation in maritime circles of diplomatic inertia and hypocrisy over how countries are treating crew.

Two of the 15 governments that sent representatives to a July 9 virtual conference on the crewing crisis hosted by the UK declined to sign a pledge that  in part would designate seafarers as key workers, and thus help their movement across borders. One of these countries was Australia, a move that one of the attendees of the virtual conference said was very disappointing.

Officials from the United Arab Emirates signed the pledge even though border authorities still refuse seafarers entry to the country for crew changes even as their government representative insisted that this is not the case, the conference attendee said.

In Australia, one port authority in Port Hedland detained a bulk carrier in June because two seafarers did not have valid Seafarers Employment Agreements and were exceeding 11 months’ service and had no valid repatriation agreement in place. However, Australia required, at that time, a two-week quarantine period.

“If you are a doctor or somebody in the healthcare workforce they are allowed to go from their home to their place of work and back in an uninterrupted manner and that’s the right thing to do,” said Rajesh Unni, chief executive of shipmanger Synergy Marine. “It’s a call of duty. We must create safe corridors for them too.”

He also cited the rising operating costs for the complex task of getting crew to vessels, including charter flights.

Synergy has achieved 2,000 crew changes and brought down the percentage of crew who are overdue to leave the vessel to 19% from 40% a month ago, said Capt Unni. Synergy manages more than 300 ships worldwide.

As of July 1, the number of seafarers who had travelled was 35,500, according to industry shipmanagement association InterManager, which is compiling a list of where managers are changing crew, and their numbers.

Its members cover 30% of vessels. That compares with 350,000 seafarers due to travel, a number that has steadily risen since March, as the backlog of overdue crew rises. Singapore government figures show that close to 31,000 crew change applications for sign-on and sign-off crew have been approved since March 27.