The worst of the slump in container volumes may be over. But lines still face regional variations in demand leading to equipment shortages

The largest shift in trade balance was reported on the South America trades, where backhaul volumes were running 20% higher than headhaul volumes in May 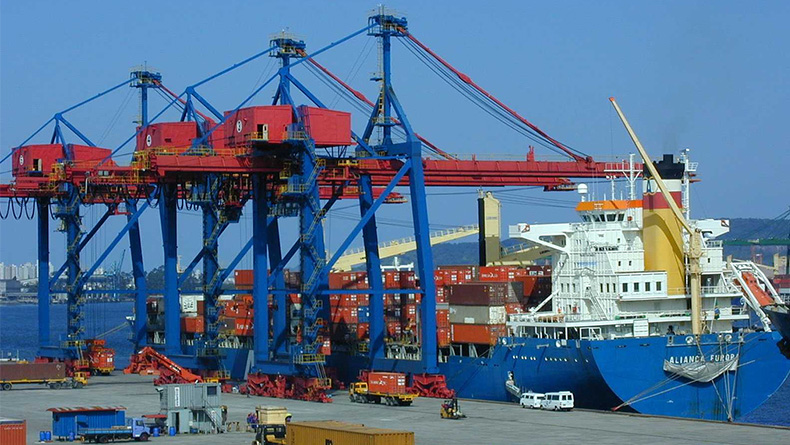 Import volumes to South America fell further in May.

CARRIERS could face costly repositioning runs due to an imbalance in container flows across major trade lanes.

While volumes in May recorded by Container Trades Statistics showed an improvement over April, the global headline figures do not give a detailed picture of regional trade flows.

“The decline in May is clearly a severe problem in the container shipping markets, but it also suggests that we are through the worst,” said analysts at consultancy firm Sea-Intelligence.

“But one thing is the global development overall; another is how this has impacted different regions and the trade imbalances.”

While some trades incurred the worst impact of the pandemic in April followed by significant improvements in May, others, such as South America, saw volumes decline again in May.

“Given these changes, it raises the important question as to how this has impacted the import/export balances for each of the regions,” the analyst said.

“This balance is a key element of the empty container repatriation routines for the carriers, and substantial changes can result in severe equipment imbalances temporarily, as supply chains need to be rearranged.”

In the European export trades, there was a significant shift in imbalance as export went from a baseline around 88%- 89% to 97%.

For Europe as a whole this meant that for a brief period there was actually almost a balance between the number of full containers going in and out of the continent, Sea-Intelligence noted.

“This sharp shift can also be seen as the driver underlying the sharp increases on the Europe-Asia backhaul trade,” it said.

“We can also see the imbalance  reverted back to normal in May, and therefore the Europe-Asia backhaul rates might begin to ease off again.”

On the transpacific, however, the situation had remained largely unchanged.

“As a result we have also not seen the sharp increases on the transpacific backhaul that we have seen in Asia-Europe,” Sea-Intelligence said.

The largest shift in trade balance was reported on the South America trades, where falling import figures now meant that backhaul volumes were running 20% higher than headhaul volumes in May.

“This will have significant ramifications on the flows of empty equipment, especially when we consider the strong reliance on reefer cargo for South American exports,” Sea-Intelligence said.

“Shippers to and from South America therefore need to expect a period of high uncertainty regarding equipment availability.”