It is glaringly apparent how little lobbying power shipowners have. They form a fragmented, disparate group who shun the limelight

Using the forum of a virtual summit, shipping leaders are starting to realise that they must act in concert and bring more pressure to bear on governments if they are to get seafarers to and from their destinations in anything like normal timescales 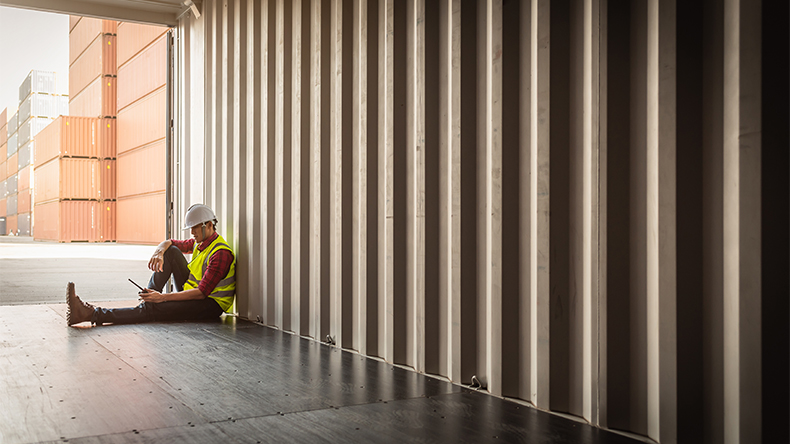 OUR journalists spend hours — sometimes days — chasing down industry leaders to secure the insight and analysis our readers expect.

However, today was different. Today, some of the world’s most senior maritime executives responded to our inquiries within minutes.

Why? Because the topic was how to explain why a serious and invisible humanitarian crisis isn’t being resolved faster. Hundreds of thousands of exhausted, anxious seafarers remain stuck on ships around the world and can’t return home because of travel restrictions imposed as a result of the coronavirus outbreak.

Five months after a cascading series of country lockdowns raised this global logistical challenge, the situation on vessels worldwide is now critical and urgently needs to be addressed. Crew change summits, platitudes, pledges and protocols are failing to repatriate seafarers.

“The goalposts are always moving, even at the last minute,” said Matt Dunlop from shipmanager V.Ships. “It’s changing by the day.”

Three quarters of necessary crew changes haven’t occurred since March. Getting crew from supplying nations to fly out to their destination or return to their home country remains challenging. Shipmanagers are making 10 times the effort to get less than half their people changed, another said.

Consistency is at the heart of repatriation. Seafarers need regular daily commercial flights from their home country to key crew change destinations. Consistency helps planning. Ships then don’t have to stay in port for indeterminate periods awaiting flights in and flights out. Seafarers don’t get stuck in limbo.

Most consulates and passport offices are shut, making visas and certification certificates nigh impossible to secure, especially in the Philippines, the biggest supplier of the world’s 1.5m seafarers.

Options in Europe’s 26-country Schengen area to have visas available at the airport would facilitate crew travel and transfers on the ground. This isn’t in place. Only seafarers with existing visas can change in many European countries, which is where one of the most significant bottlenecks remains.

Countries must adopt a bilateral approach and then ensure their immigration and transport policies are coordinated, and waivers or exemptions granted and fairly applied.

Those who under-estimate the damage that this inconsistency is doing to seafarers’ mental wellbeing do so at their peril. Safety is at stake when tired, depressed, anxious seafarers are shipping commodities like oil in tankers.

Even divine intervention in the form of the Pope has failed to stir action over the plight of seafarers and cut through the quagmire of red tape that will alleviate the crisis.

Seafarers have long been the invisible heroes of globalisation and trade, shipping billions of tonnes of energy commodities, consumer goods and industrial materials each year. Of all the many pandemic-related tragedies this one remains among the most distressing for its sheer longevity, scale and invisibility.

It is glaringly apparent how little lobbying power shipowners have. They form a fragmented, disparate group who shun the limelight.

The miners and oil traders who rely on seafarers to ship their commodities that secure their profits have remained silent too, to their shame. They are one of the few segments within the shipping logistics chain with pathways to power and must lend their heft to this desperately sorry situation.

One maritime executive showed Lloyd’s List his company’s spreadsheet collating thousands of crew changes needed from hundreds of ports involving dozens of nationalities. By the end of the month, a third of the crew will be overdue and once August is over that figure rises to 56%.

The pace of crew repatriation is not fast enough and the backlog is rising.

Unemployed crew ashore need to get on board so they can feed their own families and relieve others. The global maritime sector has failed to persuade governments that seafarers’ plight must be higher on their coronavirus agenda.

The virtual summit convened by the UK shone yet another light on seafarers to those governments who bothered attending.

A good start is for countries to designate seafarers as “key workers”.  This will identify those governments and authorities serious about a resolution.

Seafarers are key workers — they should be treated as such