Maersk, the world’s biggest container line by capacity, has said the downturn in second-quarter containerised freight volumes has been less severe than initially feared, while there have been further developments with the new US guidance on ‘deceptive shipping practices’

In the dry bulk sector, capesize earnings continued their momentum, rising to the highest level in nine months as optimism spread 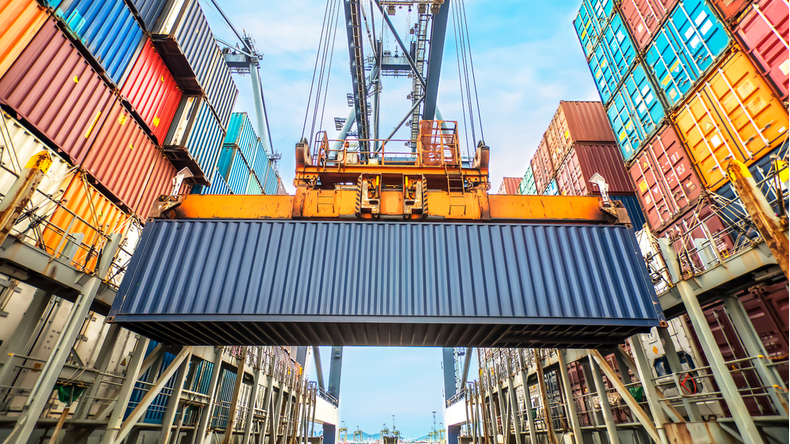 The large global carriers for now appear to be having a good crisis. Not everyone in container shipping is faring the same, however. 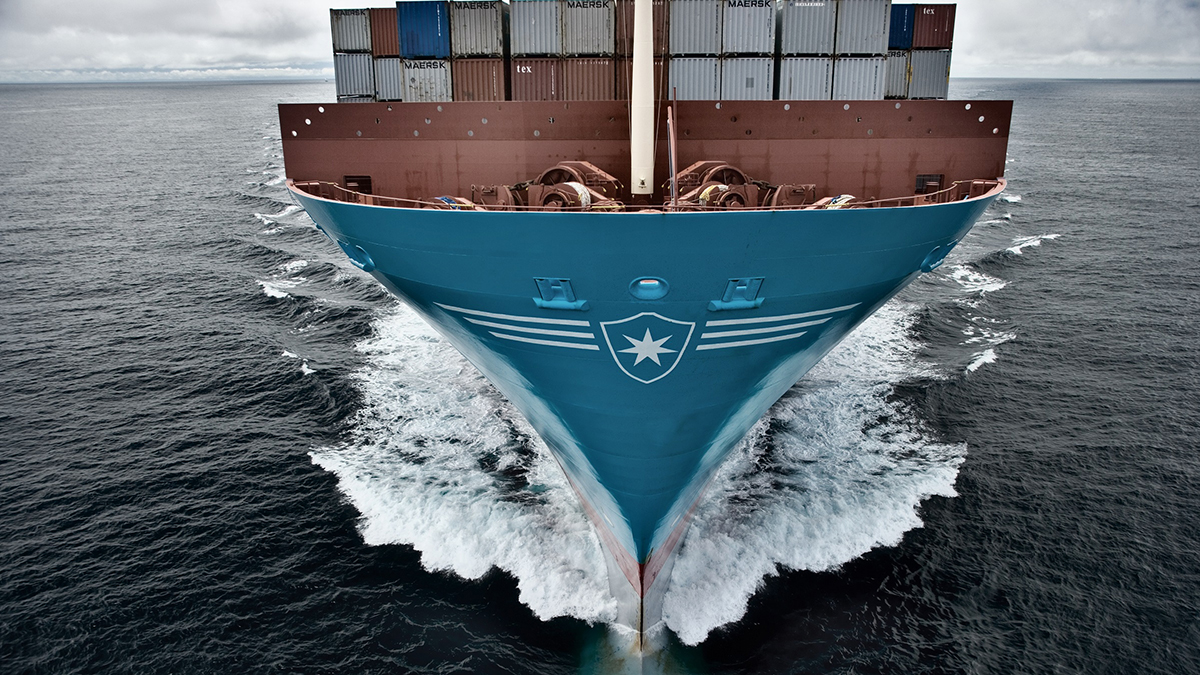 When the full scale of the coronavirus pandemic became visible during March this year, it was understandable to think that container carriers were about to feel the full wrath of the outbreak.

Containerised freight volumes, already hit by supply-side problems caused by Chinese factory closures in February, fell even further. International trade ground to a standstill as countries went into lockdown in an effort to prevent the spread of the disease, and in doing so all but closed their economies.

Economists issued dire warnings about a collapse in trade and a long period of global recession.

All those warnings appear to have been accurate. Figures from Container Trade Statistics showed that freight volumes during April fell 16.9% and were down 8% in first four months of the year.

Usually a collapse in demand would equate to a collapse in freight rates and with it a collapse in profitability. But capacity management by carriers has led to a situation that is, to use that much overworked word, unprecedented in container shipping history.

Rates have risen instead of falling, despite the slump in demand and carriers, if they hold their nerve, could be in line to make greater profits this year than last.

Maersk, the world’s largest container line by capacity, reiterated earlier comments by CMA CGM, saying that second-quarter volume declines of 15%-18% were less severe than the 20%-25% it had initially feared.

While Maersk’s full-year earnings guidance remains suspended, the company said it did expect second-quarter earnings to be slightly above the $1.5bn in reported in the first quarter.

But as we reported earlier, cost savings made by carriers have been passed on to their suppliers, including non-operating owners and equipment lessors.

There was further evidence of that this week, with the news that Singamas Container Holdings has further trimmed assets amid the financial challenges of the pandemic.

Meanwhile, MPC Containers, the fast growing feedership owner, has mounted rescue talks with its bondholders as it faces potential bankruptcy due to liquidity problems.

This sentiment was echoed by German Shipowners’ Association president Alfred Hartmann, who warned last week that the country’s large number of small, and often family-owned, shipowners needed access to funds from their lenders if the German shipping sector was to avoid repeating the ravages of the global financial crisis in 2008-2009.

The large global carriers, fortified with a new sense of discipline and strengthened by their alliance arrangements, for now appear to be having a good crisis. Not everyone in container shipping is faring the same, however, and the full consequences of the pandemic will spread beyond just the carriers. 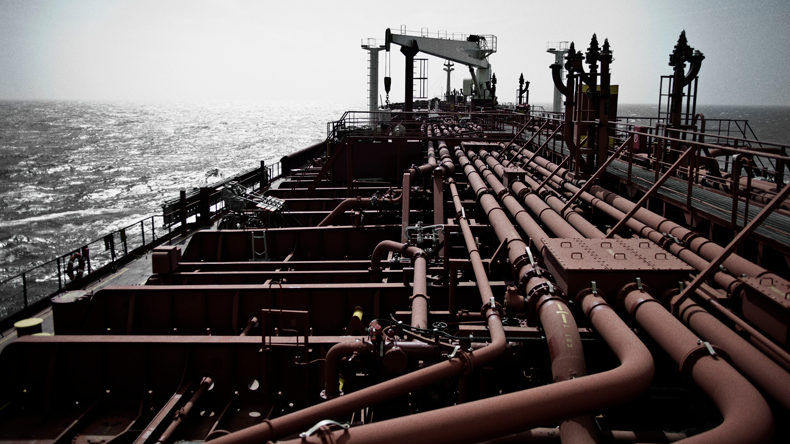 Two Greek-linked tankers recently added to a blacklist by the US following new sanctions guidance on ‘deceptive shipping practices’ have been given a reprieve.

The US treasury department’s Office of Foreign Assets Control announced last week that Afranav Maritime-owned Athens Voyager has been removed from its list of ‘specially designated nationals’, known as the ‘SDN list’, seemingly in return for a pledge of future compliance with the sanctions.

Also removed from the blacklist was the Dynacom-managed suezmax Chios I.

The delistings came just days after a meeting between the president of the Union of Greek Shipowners Theodore Veniamis and the US ambassador to Greece, Geoffrey Pyatt.

According to the Greek side, the ambassador — while reiterating the US’ determination to strictly enforce sanctions — hinted strongly that the cases could have a “positive outcome”, given the shipowners’ readiness to heed the warning and shun Venezuelan oil business.

However, at the same time, two further Greek-linked tankers were freshly blacklisted on Thursday for transacting with Venezuela’s oil industry.

One of these, the 18-year-old aframax Euroforce, is managed by Eurotankers, which according to Lloyd’s List Intelligence data has been one of the more frequent Greek callers in Venezuela over the last 12 months, going by tonnage arriving at terminals.

The other new addition to the blacklist, though, is the 2003-built aframax Delos Voyager, that databases link to Chemnav, begging the question of whether companies that play along are eligible for a blanket parole.

Meanwhile, the insolvency of oil trader Hin Leong has exposed its shipping unit Ocean Tankers to billions of dollars in contingent liabilities and vessel arrest risks.

Hin Leong’s owners, the Lim family, have subsequently outlined a plan to wrest control over a third of shipping tonnage now on Ocean Tankers’ operating fleet.

Ocean Tankers operates vessels owned by the Lim family, either directly or through one or another of the vessel-owning vehicles broadly grouped under the privately owned Xihe Group. The latter owns 140 tankers, representing the bulk of Ocean Tankers’ fleet of over 150 vessels.

Sources familiar with the situation said Xihe had recently hired a shipping expert to prepare to directly market — both for sale and charter — 45 of the 140 tankers while it seeks to terminate its bareboat charters for these vessels to Ocean Tankers.

Finally, the Suez Canal Authority has extended its rebates for dry bulkers and tankers, including liquefied natural gas and liquefied petroleum gas carriers, until December 31 as it continues to encourage vessels to route voyages through the canal rather than around the Cape of Good Hope. 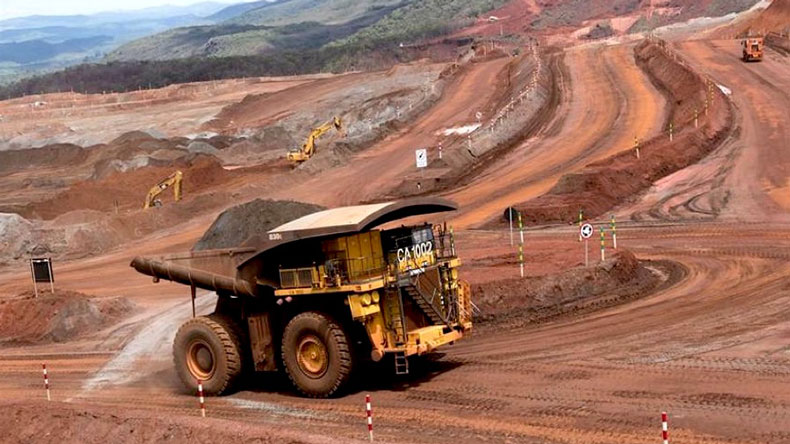 Capesize earnings continued their momentum, rising to the highest level in nine months as optimism spread. Vale, Brazil’s mining giant, was allowed to reopen its mines in the Itabira complex, which had been shut in early June due to coronavirus cases.

The news meant that the market was expecting to see significantly higher volumes of iron ore move from Brazil in the second half of the year, lifting forward freight agreements higher. In the spot market, the average weighted capesize time charter was at $26,672 per day at the close on Tuesday on the Baltic Exchange, from $14,786 on June 16. That is the highest since September 26.

Meanwhile, the Baltic Exchange has concluded its review of the Baltic Capesize Index, with changes to be implemented in early July. The measure has been taken following feedback after the BCI turned negative twice this year. The proposed changes include stripping out voyage charters from the calculation to bring the index in line with the other dry bulk indices.

Smaller bulkers are also set to see increased earnings potential through the rest of the year, according to analysts, thanks to a strong Black Sea grains season, and low fleet growth.

The supramax and handysize segments should also benefit from higher values in the larger sizes as a ripple effect.

Globus Maritime, a Greece-based owner of five bulkers, however said the pandemic could add pressure to freight rates with negative consequences for its business.

The company, which raised $12m through a public offering, said the proceeds would be used for general corporate purposes.

The view of shipping’s future through a Japanese lens