Shipbuilders in Japan are keen to seize the opportunity represented by zero-emission ships. But they must first win the battle for survival

The head of shipbuilding at Japan’s transport ministry outlines the country’s roadmap to zero-emission ships, and offers views on industry consolidation and state subsidies 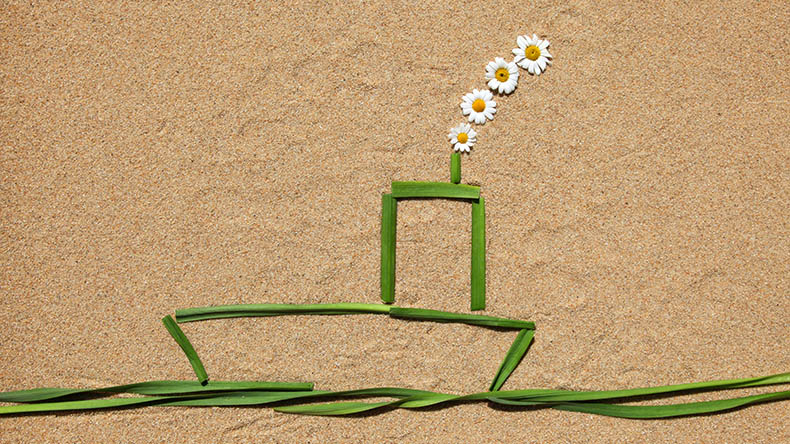 The Ministry of Land, Infrastructure, Transport and Tourism recently rolled out a roadmap for zero-emission ships.

JAPAN’s shipbuilding sector is betting its future on carbon-free solutions, but the sector must survive the current crisis before a renaissance can arrive.

Eco-designed, fuel-saving ships once gave a boost to the country’s yards. The “chance” for them to prosper again lies in zero-emission vessels, says Jun Kohno, head of the Shipbuilding and Ship Machinery Division of Maritime Bureau at the Ministry of Land, Infrastructure, Transport and Tourism (MLIT).

The industry planner recently rolled out the Roadmap to Zero Emission from International Shipping, hoping the project will help the country’s players gain a pole position in this arena.

Apart from agendas for technological and regulatory developments, the project essentially sets out two pathways for future marine fuels, which eventually lead to four types of zero-emission ships: those fuelled by hydrogen, super-efficient liquefied natural gas, ammonia, or ships that can capture CO2 on board.

It is hoped that this vision of the future can provide insight into the International Maritime Organization’s mandate to achieve its 2050 decarbonisation target, whose prospects remain uncertain on many fronts.

“We believe that this roadmap will help understand the specific direction of the maritime industry in the future,” Mr Kohno told Lloyd's List.

The MLIT spent a year hammering out the zero-emission roadmap, after numerous discussions with the relevant parties, including shipowners, yards and research institutions, he adds. Together under that planning, they aim to make delivery of the first commercial ship within a decade.

While the forward-looking vision is to be welcomed, the short- and medium-term outlooks appear challenging.

The double whammy of an already extended industry downturn and the extra-sharp knock from the coronavirus pandemic is pushing virtually all shipbuilders into a battle for survival. Yards in Japan are among the hardest hit.

Data from the Japan Ship Exporters' Association shows their combined backlog had reduced to 23-year low as of end-May. Some large builders, such as Mitsubishi Heavy Industries and Mitsui E&S, were even forced by the recession to scale back businesses.

Mr Kohno describes the situation as “severe”, with fears that the market could “take more than a few years to recover”.

Meanwhile, competition from neighboring countries has stiffened. Compared to China and South Korea, Japan’s shipbuilding sector is slimmer in capacity and less consolidated in scale.

This is because the richer history and legacy of Japanese builders have made them more scattered across the country and more into the habit of working on their own, Mr Kohno explains. As a result, many of them are also niche players specialising in only one or two vessel segments as opposed to the large all-rounders.

The core competence of Japanese yards, however, still rests on their savvy in technology and efficiency in operation. The MILT intends to further enhance those strengths by offering incentives that can encourage innovation and improve productivity.

The primary focus has been put on digitalising the entire process of developing a ship — from design to construction and to operation — as showcased in the i-Shipping project launched by the government in 2018.

Still, the government is promoting the integration of yard operations under different ownerships to seek shelter in economies of scale. The recent tie-up between Imabari Shipbuilding and Japan Marine United sets “a good example”, says Mr Kohno.

But he dismisses speculation over the “All Japan Shipbuilding” plan, which was reported by Japanese newspaper Nikkei earlier this year, about an initiative to merge 15 main domestic shipbuilding companies. “That’s just a misunderstanding from the reporter.”

What becomes more pressing is perhaps a level playing field globally as state bailout funds have mounted up in South Korea and China over the past a few years.

Japan’s attempt to establish a new competition regime at a recent meeting under the Organisation for Economic Co-operation and Development was rejected by South Korea, which insisted that China should be included in the discussion.

“Although China is not an OECD member, its engagement is indispensable in order to make those activities effective and meaningful,” Mr Kohno says, adding that his government will “spare no efforts” to pursue that agenda.

Meanwhile, the renewed consultation since March between Japan and South Korea on the latter’s shipbuilding subsidies at the World Trade Organisation is ongoing.  He declines to reveal plans for the next step, but says Tokyo “will continue to work to the utmost for a prompt resolution”.

However, will Japan attempt to accelerate the negotiation process by leveraging its antitrust approval on the merger of Hyundai Heavy Industries and Daewoo Shipbuilding & Marine Engineering, two of South Korea’s largest shipbuilders?

“No,” Mr Kohno says. “The two events are handled by separate government departments that won’t intervene in each other’s decision.”

It was Japan’s policy goal to compete for a 30% market share in the world’s cargo ship construction market. This requires an amendment with trimmed capacities at local yards and a shift of their priorities towards a green future, he further points out.

“The most important issue for Japanese shipbuilders now is to survive in their respective segments,” he says.

This article is part of a special focus on the Japanese shipping industry featured in the June/July edition of the Lloyd's List magazine, which can be accessed and downloaded by following this link - https://lloydslist.maritimeintelligence.informa.com/the-lloyds-list-magazine/pageassets/edition-6

Yard Talk | A bet on a nation’s fortune