Seafarers should be honoured and celebrated for the vital role they play in keeping the world supplied. Every year for the last 10 years, the Day of the Seafarer has done just that, but this year is shrouded by ‘sadness and frustration’ as the crew change crisis continues 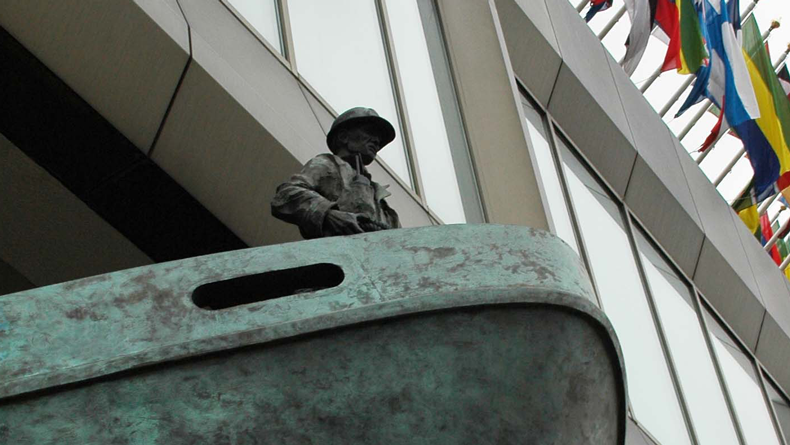 This year's Day of the Seafarer on June 25 is “clouded with sadness and frustration”, says Synergy Group chief executive Rajesh Unni.

SEAFARERS should be honoured and celebrated for the vital role they play in keeping the world supplied with goods.

Every year, for the past 10 years, the Day of the Seafarer recognises and thanks the 1.2m seafarers actively employed.

But, according to Synergy Group chief executive Rajesh Unni, this year's tribute on June 25 is “clouded with sadness and frustration”.

The shipmanager wonders why seafarers are being denied basic human rights by not being able to changeover due to travel restrictions in parts of the world.

“The shipping industry has done everything in its power to bang the drum loud and hard about their plight but progress is proving painfully slow,” he said in a statement. “At present, to all intents and purposes, they (seafarers) are enslaved to global trade. By denying them freedom of movement, seafarers are imprisoned in their place of work.”

“We need airports opened up, and aircraft landing slots and clearances granted with far more urgency,” he said. “We need visas to be fast-tracked. And, more than anything, we need politicians and civil servants to help us cut through the red tape.”

Dubai has said its airports will be operational, with tourists allowed in on July 7, but, according to InterManager, crew changes are still not allowed.

According to Wilhelmsen ship agents, only outbound commercial flights are operating from Sri Lanka, while chartered flights can be arranged with pre-approval. While crew changes are permitted for nationals, subject to meeting health requirements, shore leave is not allowed. Inchcape Shipping Services meanwhile said that foreign crew changes have been temporarily suspended after a charter flight that arrived in Colombo had cases of coronavirus.

Separately, Intercargo said the slow response from governments was pushing seafarers “to their limits”.

The international dry bulk owners’ association urged leaders of maritime nations to make sure that after June 30, 2020, no cargo ship will sail with seafarers on board who have served more than their initial Seafarer Employment Agreement contract period.

That is in breach of the Maritime Labour Convention, which stipulates that the maximum time seafarers can spend at sea is 11 months.

“The industry is fortunate that it has not yet seen a spate of fatal accidents at sea,” Intercargo’s chairman Dimitris Fafalios said in a statement.

As an invisible humanitarian crisis is unfolding around us, Intercargo beckons governments, health, maritime and airline authorities around the world to work together to “promptly resolve this untenable situation”.

“Not only must we consider the severe effect on the mental health and wellbeing of seafarers, but also the very real danger to safe operations posed by exhausted and mentally fatigued crew on board,” it said.

“We need governments to recognise the commitment that seafarers have made during the pandemic, provide them with key worker status and open the borders, allowing seafarers to return home.”

The International Maritime Organization thanked seafarers for the work they carry out, espcially during these unprecedented and challenging times.

“Just like other key workers, seafarers are on the front line in this global fight,” its secretary-general Kitack Lim said during a webinar on the eve of Day of the Seafarer.

“They deserve our thanks. But they also need – and deserve – quick and decisive humanitarian action from governments everywhere, not just during this pandemic, but at all times.”