LNG demand has been more resilient than other energy commodities, such as oil or coal, during the coronavirus pandemic, but high inventory levels leave little room for more shipments and are keeping gas prices very low, resulting in the sharpest growth deceleration the segment has witnessed in many years 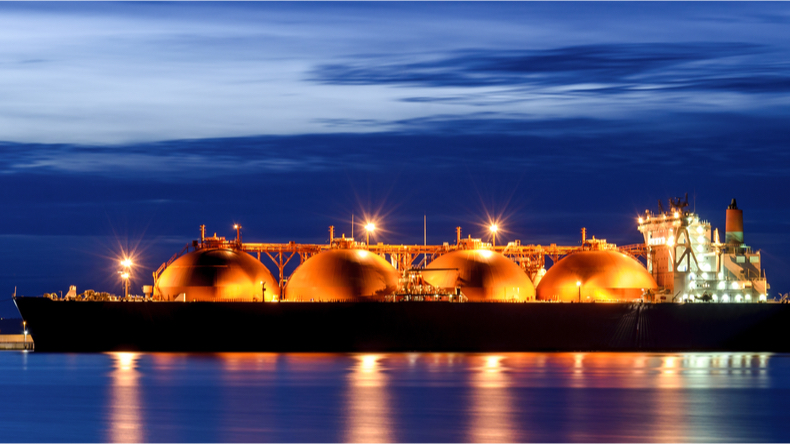 GLOBAL LNG exports registered record growth last year, up 12.7% compared with the previous 12 months, driven by record increases from the US and Russia, as well as continued growth from Australia.

Against this backdrop, the coronavirus-led global economic slowdown has meant that demand for LNG has plummeted and led charter rates for LNG carriers to drop by around 65% to $31,000 per day in the first half of June from around $90,000 per day at the start of 2020.

While a bounce back in demand and imports is needed for a rebalancing of shipping rates, the LNG shipping fleet has already grown by 2% this year, following 8% growth last year. The fleet is currently forecast to grow by another 5% by the end of the year and 11% next year.

However, shipbuilders banking on demand for ocean-going conventional LNG carriers are also being hammered by the slowdown in the larger commodity market, which is offsetting the promise of mammoth tonnage demand linked to three ongoing tenders.

The massive ramp-up in US LNG capacity-building has bolstered demand and fed a shipbuilding frenzy in the past couple of years but this has now lost steam, according to industry experts.

The double whammy of demand disruption and over-investment in liquefaction capacity in the past few years is dampening demand for fresh tonnage and heightening deferral risks for the outstanding shipbuilding order book.

Some analysts have latched onto the much-needed hype of Qatar Petroleum’s move to seal slot-booking deals with yards in China and South Korea through to 2027 to back an ambitious fleet building exercise involving investments in as many as over 100 LNG tankers.

But with global economies having experienced coronavirus-led lockdowns for three to four months now, Poten & Partners’ chairman emeritus Michael Tusiani recently argued that LNG demand could take up to four years to be back at levels projected at the beginning of the year.

South Korean shipbuilders, which have relied heavily on LNG shipbuilding to replenish their backlogs, are among the worst hit.

MOL to cut 40 vessels from fleet to reduce costs

As well as the sharp drop in demand, the viral outbreak has pushed out final investment decisions for more than 70m tonnes of liquefaction projects — mostly in the US — that were originally due this year.

Exports from the six operational US liquefaction terminals — Sabine Pass, Cove Point, Corpus Christi, Freeport, Cameron, and Elba Island —are currently down 60% from their peak earlier this year and with current LNG prices, there is little sign of that improving materially until the values improve.

According to the US Energy Information Administration, the situation could potentially improve from August onwards, with rising demand and reduced output pushing prices upwards during the winter months and into January 2021.

Australia’s liquefied natural gas exports have held up on year in May, but many of its cargoes have seen delays in their deliveries or have either been slow-steaming or waiting on final destination calls at anchorages in the past month in another sign of weak demand.

For example, Lloyd’s List Intelligence vessel-tracking data showed the LNG tanker British Mentor, which has been holding a cargo from Chevron’s Wheatstone LNG plant, spent nearly three weeks off Dampier on Australia’s west coast before heading out to Manzanillo in Mexico, where it is due to arrive late this month.

To date, cargoes are still seen floating off Australia’s west coast for an extended time.

Can shipping chart a green course in a post-coronavirus climate?