Bureaucratic befuddlement and political inertia are not an acceptable excuse for the hidden humanitarian crisis at sea that has left tens of thousands of seafarers stranded with expired contracts, visa and passports. There are no easy answers here, but collective responsibility must now be taken for getting the industry's voice heard

Unprecedented industry unity and press coverage has failed to get the message heard outside of shipping’s usual sphere of influence. The industry’s lack of lobbying firepower must be bolstered by a collective commitment to utilise every network available. 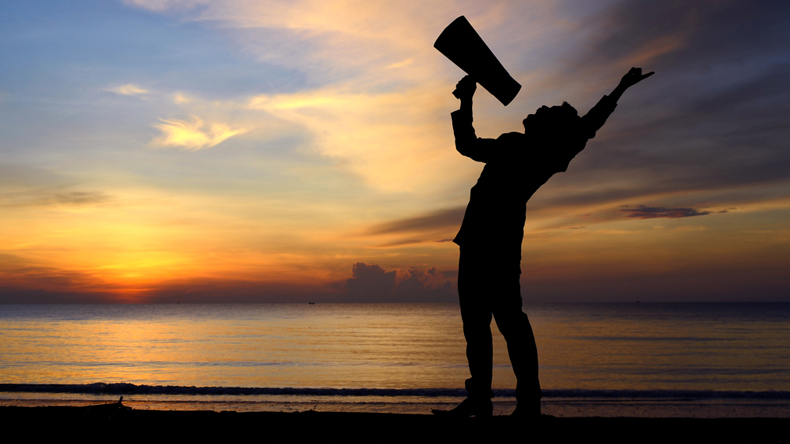 Source: dangdumrong/Shutterstock.com Shipping needs to keep shouting, but not to itself. This is a message that needs to be heard outside of the industry.
Lloyd's List · The Lloyd’s List Podcast: Navigating the crewing crisis

ANGRY chief executives, unprecedented unity between the usual in-fighting and sniping, regular missives from every secretary-general, president and head honcho you care to mention, a front page on the Financial Times and support from the Economist, personal interventions from the UN secretary-general and even divine intervention from the Pope himself….

Nobody could accuse the shipping industry of not pulling out all the stops to get its message heard when it comes to the hidden humanitarian crisis that has left tens of thousands of seafarers stranded at sea with already extended employment contracts now expired and the threat of strikes looming.

Or could we be doing more?

Shipping is by no means the only industry struggling to outrun a news cycle in overdrive and plant a flag in a political priority list that is being ripped up daily as more pressing matters emerge.

Others are spending their way into national agendas with lobbying budgets already passing the multi-million dollar stage. Some are lucky enough to have vote-winning narratives.

Sadly, shipping lacks both the centralised firepower or the sway of election-winning demographics to further its cause.

There is no easy culprit to demonise here and no single issue to campaign on.

The logjam of domestic crewing nations’ repatriation policies is not broken easily.

The widely reported contradictions and confusions that are daily seeing government statements contradicted on the ground by officials confused and overburdened by an unprecedented storm of bureaucratic bewilderment, is no one persons’ fault.

The fact that flag states are now further extending already extended and cancelled contracts by another three months is not a decision that has an obvious solution and while the threat of strike action now looms large, even that comes with its own, even more complex, set of problems that will ultimately only leave the seafarers further imperilled.

These systems were flawed to start with and the current chaos is only exacerbating  the red tape that shipping normally navigates through trial error and deep pockets of pragmatism.

Shipping officials and high-level representatives are doing their bit, but having quickly won over the industry echo chamber, they are still struggling to get those outside of transport and labour departments to either pick up the phone or understand the problem if they do.

A high-level ministerial meeting at the International Labor Organization had been mooted for today, but it fell over amid an international diplomatic diary meltdown and has been replaced by a series of bilateral approaches that will continue to see those trying to engender change shouting at those who have other priorities to deal with.

If that all sounds futile, it’s not. The industry needs to keep the pressure on and outrun that news cycle so determined to skip over the fact that the backbone of global trade is about to break and slot it into that “and finally...” section of the nightly news.

The angry chief executives currently talking to Lloyd’s List need to keep shouting, but use whatever networks they have to get the message heard outside of their usual echo chambers.

The frenetic pace of diplomatic phone calls being made hourly by the industry’s representative bodies, UN officials and secretary generals, needs to continue.

Shipping needs to keep shouting, but not to itself.

This is a message that needs to be heard outside of the industry and it is our collective duty to turn up the volume.