For too many governments, reopening bars is a higher priority than sending stranded crews back home, and that is morally unacceptable

The alacrity with which many governments acted to repatriate more prosperous nationals, widely evident at the outbreak of the crisis, is nowhere to be seen 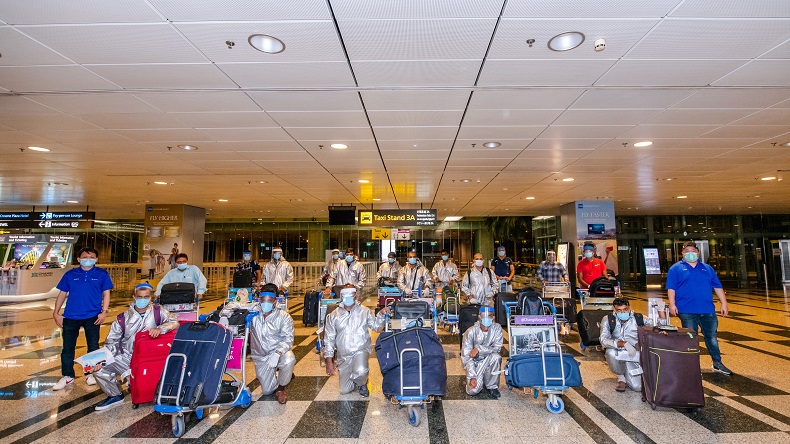 Seafarers should have as much right to travel home as normal holidaymakers do.

THE European Convention on Human Rights doesn’t guarantee voters’ long weekends, perusing the Renaissance art of Florence, access to unrestricted DJ-fuelled hedonism in Ibiza, or even a sedate August in a jolly agreeable converted agricultural labourers’ cottage somewhere in the south of France.

But as far as politicians are concerned, it may as well do, and plans are underway to ensure that as many of the electorate as possible have a foreign holiday this year, coronavirus or no coronavirus.

The UK, for instance, is negotiating so-called “air bridges” with countries with low infection rates, which will allow them to avoid the current 14-day quarantine restrictions on re-entry.

That’s if the quarantine rules are not scrapped altogether by then. EasyJet, Ryanair and Jet2 all reportedly hope to be back in the skies a month from now.

Compare and contrast the outlook for travel industry customers this summer with the fate of 400,000 of the world’s seafarers, stranded on their ships as a result of the pandemic.

The alacrity with which many governments acted to repatriate more prosperous nationals, widely evident at the outbreak of the crisis, is nowhere to be seen. The number caught in this nasty trap is actually going up, not down.

Many crews have been on board their vessels for longer than the 11 months legally stipulated by International Labour Organisation agreements, some for as long as 15 months.

That alone poses very real risks to both their physical and mental health, not to mention the supply chain on which globalisation depends.

Most of us have made some degree of sacrifice as a result of the lockdown. But there is a qualitative difference between not being able to patronise your favourite local eatery — or even losing a proportion of one’s salary — and what has befallen these excellent men and women.

Put bluntly, the ongoing isolation so far from home, to which they are being subjected, is nothing less than inhumane.

Yet the emergency extension to the ILO deal expires in little more than a week, at which point prevarication will no longer suffice.

Why should seafarers be denied the entry and exit visas that are being facilitated for tourists? If those designated key workers still enjoy freedom of movement, which workers are more key?

As many as 50 governments have paid lip service to the need to “do something”, signing up to a 12-point plan agreed by industry consensus almost a full month ago. But as statistics testify, the proposals largely remain a dead letter.

A handful of administrations — such as the Netherlands, Singapore and Hong Kong — have shown themselves amenable to compromise with common sense, not to mention justice.

But for most, reopening bars and restaurants is proving a bigger priority, and that is just morally unacceptable.

One of the key takeaways here is the shipping industry’s consciously chosen low public profile, which results in it packing far less political clout than other major business sectors.

The tourism lobby is listened to because it is well organised. In the UK, for instance, some 500 travel and hospitality companies have banded together in an ad hoc grouping called Quash Quarantine to press its case, right up to the point of taking legal action against the government. Where’s the shipping equivalent?

There are many lessons to be learnt from this unprecedented episode. But perhaps the biggest one is that crews should never again be made to carry the can for the shockingly apparent global collective paralysis of the authorities.

If holidaymakers are not treated like this, why are seafarers any different?

From the News Desk: Road map could bring relief for struggling crews