French giant expects 15% drop in second-quarter volumes. But industry discipline has maintained rates through the downturn

Cost cutting and capacity management help CMA CGM to a net profit in first quarter of the year, despite a fall in revenues 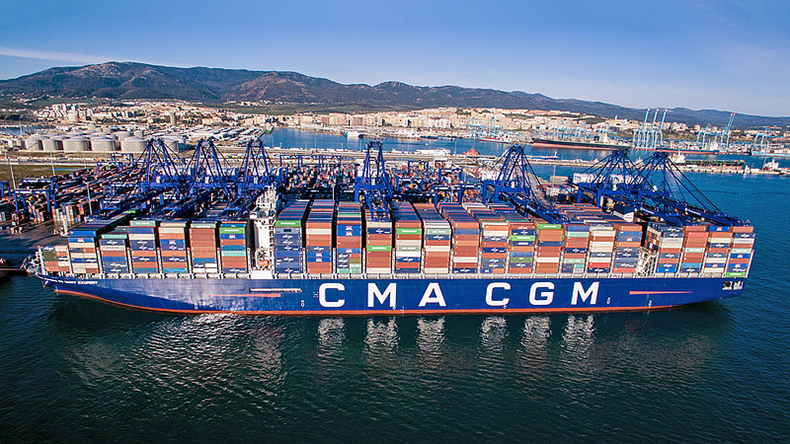 CONTAINER shipping could already be going through the worst conditions it will face this year, but may have weathered the storm financially.

“We believe the second quarter of the year will be better than the first quarter,” CMA CGM group chief financial officer Michel Sirat told Lloyd’s List in an interview.

“We are going to post much lower volumes than last year in the second quarter, probably down by 15% from last year. But the industry has been very agile in its capacity management and if you look at freight rates you see that there has been no fall in rates, and hence good performance in terms of load factors and revenue.”

A fall in bunker prices would also help carriers, said Mr Sirat, which should make for a positive quarter for the whole sector.

Beyond the second quarter of 2020 was harder to predict, however.

“Like everyone we have our scenarios for V-shaped and U-shaped recoveries, but in all scenarios we think the second quarter will be the lowest point in terms of volumes for the year,” he said. “We do not have a scenario where we believe third quarter of the year volumes will be lower than the second quarter.”

Container shipping as a whole had managed well in adjusting capacity to demand in the second quarter of 2020 and CMA CGM does not expect demand to be at a lower level in the third or fourth quarters.

“Presumably, that means we should have relatively satisfactory quarters for the rest of the year.”

“The industry has changed dramatically due to consolidation and because the industry has matured and has a better relationship with its customers, allowing it to better predict demand,” he said. “I believe these changes are structural.”

Mr Sirat was speaking as the company posted a 3% fall in revenues for the first quarter of the year, as volumes fell 4.6% to 5.2m teu.

Ocean freight revenues were down 3.3% to $5.7bn, but sharp cost-cutting measures helped the carrier achieve a net income of $48m, reversing a $43m loss in the corresponding quarter last year.

“We had a very strong operational performance despite the fall in volumes,” said Mr Sirat. “The shipping industry has managed very well in the current environment.”

He added that the company had reinforced its liquidity significantly through the sale of its terminals and a $1.1bn loan guaranteed by the French government.

“We had very good performance, both in terms of cost containment and ability to pass through bunker costs,” he said. “That had been one of the main concerns for the industry just a few months ago but we have done it.”

The company had also had some “good commercial developments” in terms of its airfreight and contract logistics business undertaken by its CEVA Logistics subsidiary.

“It is a much better performance than most people would have expected,” added Mr Sirat.

Cost cutting had played an important part in the company’s results, with tight controls over capacity and utilisation of assets.

“This quarter we had the benefit of reducing capacity in synch with the reduction in demand,” he said. “We have a very large proportion of chartered vessels, which gives us the ability to push back vessels to owners.”

The same had been true of equipment, and the company had returned unused rented containers.

“These types of actions that we have put in place reduce significantly our cost per teu,” he said. “This quarter compared to last year excluding bunker prices, we have reduced our operating expenses per teu by $50.”