Eventual recovery of world trade in wake of the coronavirus pandemic will inevitably be uneven and could even prove ‘bathtub shaped’, according to panellists at an Ernst & Young webinar on trade finance

‘Where is the bottom of the bathtub? How long will it take us to get to the other side?’ asks Barclays trade finance head 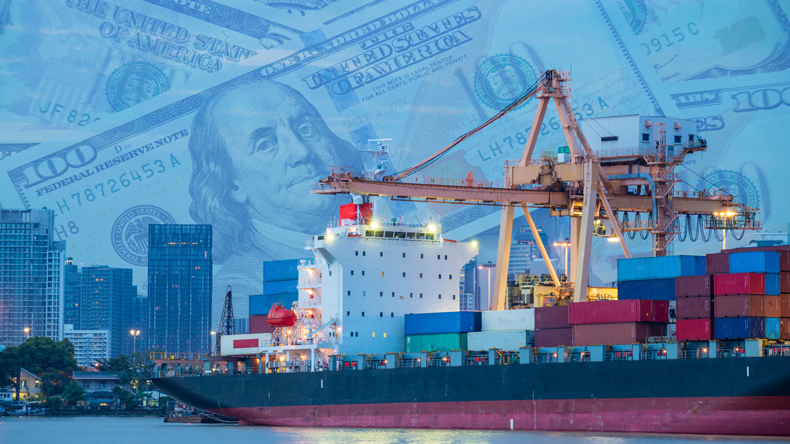 Source: FS11/Shutterstock.com The webinar debate emphasised an already apparent shift towards digitalisation and expected a greater degree of reshoring

THE recovery for world trade in the wake of the coronavirus pandemic will inevitably be uneven and could even prove “bathtub shaped”, according to panellists on a trade finance webinar.

The debate emphasised an already apparent shift towards digitalisation and expected a greater degree of reshoring, but a strong willingness to keep the wheels of commerce turning was also widely expressed.

One of the biggest concerns is the ability physically to sign deals, given the rise of working from home, and liquidity is playing a greater role in trade finance than ever before.

“Countries and clients that formerly lent to each other have become borrowers,” said Deutsche Bank head of trade finance Daniel Schmand, during the Ernst & Young webinar.

This is important, because the Lehman Brothers crisis arose not because credit was bad, but because liquidity had dried out.

Clients are moving from traditional methods to cashflow-friendly solutions, and this will demand innovation and new products.

Bankers are still out to lend, and while some industries are suffering worse than others — Mr Schmand singled out hotels and airlines — even they are not necessarily excluded.

“It’s all a relative game,” he said. “In any industry there will be relative winners and relative losers.”

James Binns, head of trade and working capital at Barclays, pointed out that counterparty risks have risen, and that in turn will increase demand for trade finance.

Environmental, social and governance lending criteria will also be to the fore, in line with societal expectations.

But the big question will be the shape of the recession, with people talking in terms of Y, L or Nike swoosh-shaped returns to growth.

“In terms of shapes, one of the shapes I like is the bathtub,” said Mr Binns. “Where is the bottom of the bathtub? How long will it take us to get to the other side?”

EY’s Matthew Burton argued that the world needs to be braced for further waves of coronavirus, which means that recovery will probably be bumpy.

The first priority for governments is to protect populations from the virus itself as far as possible. After that, the tasks will be to reboot the economy, institute a new normal and then to transform it.

The big uptake in digital, with many consumers switching to buying online, is here to stay, and that raises questions across the entire supply chain.

The previous concentration on cost and speed of supply has revealed that current arrangements are brittle, and in rebuilding, the need for resilience will be recognised.

The Lloyd's List Podcast: Steel yourself for a long war