Greek-linked tankers blacklisted by US for Venezuela voyages

The Trump administration continues to clamp down on shipping companies dealing with Venezuela. Four Greek-managed tankers flying Panama, Marshall Islands, Malta and Bahamas flags have been added to Ofac’s list of blocked entities 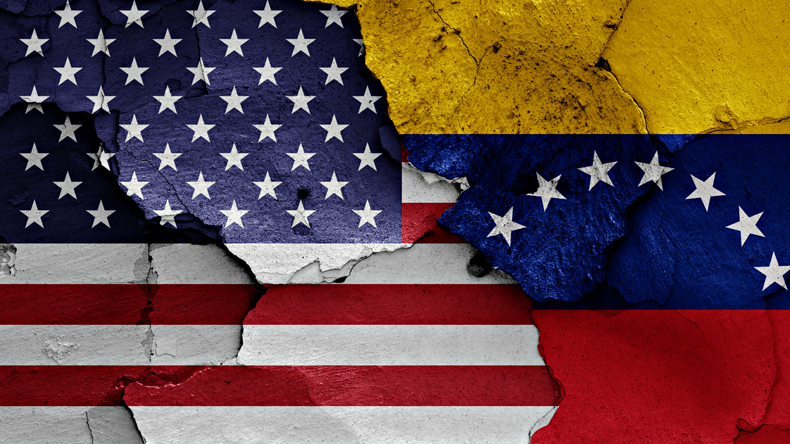 Source: Danielo/Shutterstock.com The Office of Foreign Assets Control has designated four companies for operating in the oil sector of the Venezuelan economy.

THE US has backed up recent warnings of doubling down on its sanctions against Venezuela by putting four Greek-managed tankers on its blacklist.

The four vessels and their registered owning companies were added on Tuesday to the “specially designated nationals” or SDN list maintained by the Treasury Department’s Office of Foreign Assets Control (Ofac).

At least one of the shipping companies targeted has been informed by its flag state that the tanker will be deregistered immediately.

The vessels that have fallen foul of US scrutiny were named as the 2007-built aframax Athens Voyager, the three year-old suezmax tanker Chios I, and two very large crude carriers – the 2006-built Seahero and the 2003-built Voyager I.

According to Lloyd’s List Intelligence and other databases, the tankers are respectively managed by Chemnav Shipmanagement, Dynacom Tankers, Thenamaris and NGM Energy.

Lloyd’s List has approached each of the companies for comment but executives did not immediately respond by Tuesday evening.

The Marshall Islands (RMI) maritime administration said that it was in the process of deregistering the Voyager I, which it said was the first RMI-flagged vessel to appear on the SDN list.

“The US SDN updates issued today have been captured by our system and the entities and the vessel are being annulled or deregistered today,” the flag said in a written response.

In addition to being the flag state for the Voyager I, the Marshall Islands is the country of incorporation for the entities owning two of the other tankers that have been blacklisted.

The flag administration said that it had a “largely unique” record among flag states of vetting vessels and owners for sanctions compliance.

But it added: “However, the RMI recognises that this is a constantly evolving space, recognises the statutory obligations upon vessels for AIS [Automatic Identification System] and LRIT [Long Range Identification and Tracking System] compliance, and recognises the difficulty that some owners and operators may face for wholly lawful reasons.”

The Athens Voyager trades under the flag of Panama that just days ago signaled a more determined approach to steer clear of sanctions trouble by introducing fines on vessels that turn off or interfere with their signal transponders.

While in the past Venezuelan oil and products have not been specifically outlawed, the Trump administration has been seeking to tighten the noose on the South American country and just last month issued new guidance to the maritime industry aimed at clamping down on practices intended to defeat vessel tracking systems.

That advisory, however, focused on trade with Iran, North Korea and Syria.

“The United States reiterates that the exploitation of Venezuela’s oil assets for the benefit of the illegitimate regime of President Nicolas Maduro is unacceptable, and those that facilitate such activity risk losing access to the US financial system,’’ the State Department said in a statement on its website.

Legal experts have warned shipping companies in recent weeks that they should expect a stricter stance from Ofac as the US government tries to enforce its sanctions policy.