From the News Desk: Shipping’s decarbonisation efforts are worryingly askew

Decarbonisation remains the biggest challenge facing the maritime industry but there are well-founded concerns that not enough shipowners are taking the issue seriously, while there are also question marks over the data being used by regulators to set targets and measure progress 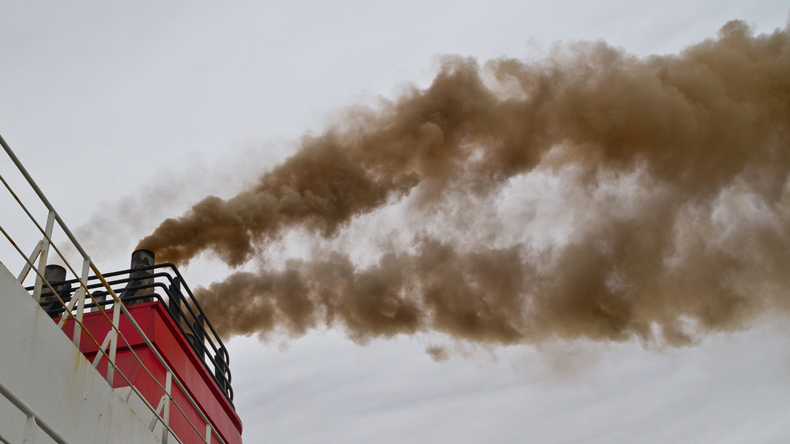 Almost 60% of shipowners see hydrogen and ammonia as the best long-term fuel options, according to an ABS survey.

THE International Maritime Organization has committed to cutting greenhouse gas emissions from international shipping by at least 50% by 2050 compared with 2008.

But a recent survey conducted by US-based maritime classification society ABS has found that two thirds of respondents admitted to having no decarbonisation strategy in place to meet this deadline.

Larger shipping companies are signing up to initiatives that will lower emissions, while operational efficiency optimisation and technical improvements to the existing fleet are expected to help reach the (non-legally binding, it should be said) goal.

But this survey result still represents a large proportion of the industry who are seemingly unprepared or unwilling to accept the reality that tough decisions will need to be made now, or at the very latest in the next few years, if the 2050 target is to be met.

If you consider that many ships have an average lifespan of 20-25 years, vessels that can operate with low-, or even better, no-emissions will need to be rolling down slipways from about 2030 onwards ie. within the decade. Again, some operators have committed to zero emission vessels by the start of the 2030s but there are many who remain concerningly quiet on this front.

As Lloyd’s List’s Dave Osler points out in an opinion piece, while incremental moves are being made to decarbonise the sector, the sulphur cap introduced at the start of this year being a prime example, major transformations are never effortless.

They need to be planned for and the invariable first step is having a plan in the first place, which is why the ABS survey result presents such a negative image against the backdrop of heightened public interest in climate change.

One other aspect of the ABS survey that could offer some encouragement about potential solidarity in the sector is in regard to the fuels of the future, with ammonia and hydrogen seemingly being picked out as the most viable option for shipping.

Almost 60% of shipowners see hydrogen and ammonia as the best long-term fuel options, the survey showed.

“When asked which fuel is most likely to be adopted in the near term, 70% selected fuels in the light gas pathway, which includes liquefied natural gas in the short term and hydrogen as a future solution,” ABS said when publishing the results.

One reason for the popularity of hydrogen and ammonia compared to other alternatives may be their relatively better price expectations.

DNV GL has forecast that in 2030 electricity-based hydrogen gas will be almost three times more expensive than 0.1% marine gasoil, based on 2019 MGO prices.

The production method of shipping’s zero-carbon fuel candidates is becoming an increasingly focal point, with several observers arguing it is just as important as the end itself. Renewable products should also be produced renewably, the argument goes. The aim is to have zero emissions across the life cycle rather than just during the combustion.

Meanwhile, the EU’s first comprehensive carbon emission database, which in theory should be setting the benchmark for international shipping emissions data collection and will be used as the basis for the EU’s position in defining their rules, is under scrutiny.

More than 200 different versions of the data behind the EU’s Monitoring, Reporting and Verification report have been published since it was launched last year, raising serious questions about its use as a baseline for future regulations on ships.

An initial error, identified by Lloyd’s List, was found to have inflated the actual values by almost 18m tonnes of CO2, bringing down emissions to 134.21m tonnes of CO2. At the time the European Commission had described the database as “a work in progress”.

But over 10 months later, the data is still in flux.

EU's emissions database is still a work in progress

By Anastassios Adamopoulos 29 May 2020

EU’s Monitoring, Reporting and Verification data offers an extensive picture of emissions in Europe. But that picture can keep changing and still has questionable data that could be the foundation for big decisions

Part of the reason behind the regular updates, according to those companies responsible for verifying shipping firms’ data, is that the latter provide their data after April 30, the regulation’s deadline for companies to hand over a verified report to the commission on their previous year’s emissions.

Shipping companies are the ones that input data into the EU system, known as THETIS, and the verifiers confirm them afterwards. The database is still open to input new data and existing ones after April 30, even to this day for the 2018 year.

The spokesperson for MEP Jutta Paulus, who is spearheading a reform of the MRV, told Lloyd’s List that they believe the data to be reliable and sound but companies need to get used to the new system, which is markedly different to verification and inspection processes in other marine activities, according to shipping industry representatives.

The European Commission and European Maritime Safety Agency have made clear in the past that they are not responsible for the contents of the MRV database or any changes made to it, which lies with the companies and their verifiers.

They are also not responsible for its enforcement, which is is the job of individual EU member states that are meant to set up penalties for ships failing to comply.

So in the absence of direct enforcement from the EU, penalisation from port state control authorities may prove the main deterrent to delayed data submission.

The European Commission declined to comment but Lloyd’s List understands that the Commission sees shipping companies as the ones with the responsibility to ensure the accuracy and completeness of their data.

So, again, even the veracity of the official data used to underpin the legislation that could drive decarbonisation is heavily reliant on the engagement and drive of the shipping industry to achieve the 2050 goal. But, as with the ABS survey, the multitude of changes to the EU emissions database highlights the fact that a unified approach to the ‘green’ agenda remains worryingly out of reach at present.

Decarbonisation is a job for now, not later