From the News Desk: Car carriers struggle as demand plummets

While pure car and truck carriers have been battling weak market conditions since the 2009 financial crisis, the coronavirus pandemic has heightened the pressure on the sector as operators struggle to cope with declining cargo volumes 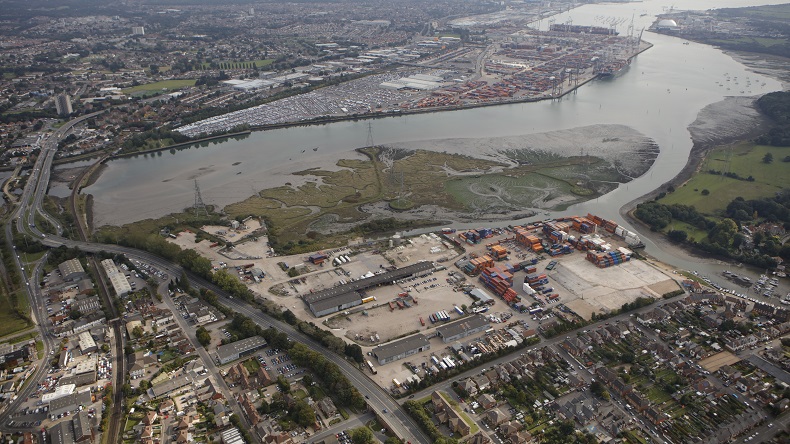 Cars, vans and other vehicles are being stored in ports around the world such as Southampton as showrooms are closed

UP TO 200 pure car and truck carriers are thought to be idle currently and that figure would represent more than a quarter of PCTCs in the global fleet.

It should be stressed that the exact amount of idle tonnage is difficult to estimate accurately given the market is dominated by just a handful of operators, often with close links to automobile manufacturers, but evidence suggests that the sector is experiencing severe difficulties.

The UK Major Ports Group calculates that the number of vehicles being imported or exported through some of the country’s biggest ports was down 85% in the final week of April compared with the same seven-day period in 2019.

One of the major problems is of course that car showrooms in many countries are still closed, which has meant that ports that handle car throughput are clogged up with vehicles that cannot be moved on.

Cars, vans and other vehicles that are being stored in port facilities at ABP’s Immingham and Southampton, Peel Ports’ Liverpool and Medway sites, the ports of Bristol, and Tyne, plus elsewhere, were up 104%, while almost nothing was being transported to car dealerships.

On the Atlantic, one of the smaller trades for PCTCs, most operators have blanked sailings, according to industry sources.

In some cases, weekly services have been reduced to monthly, while others appear to have suspended sailings altogether, although few of the major players are prepared to comment on their PCTC operations right now.

“While we expect the reopening of assembly plants and consumption economies to provide some employment for the fleet, the outlook remains very uncertain with considerable headwinds.”

NYK Line reported its full year earnings on Monday, with a ¥31.1bn ($288.7m) net profit announced, but warned that tough times lie ahead and the April-June period is likely to be the worst.

It predicted no recurring profit in the year ahead with an impact of of ¥50bn to ¥60bn expected as a result of the pandemic. For the car transportation division year on year decline of about 50% in cargo volumes is expected in the first quarter of the 2021 financial year.

“Based on an analysis of global vehicle sales and production trends, cargo volumes are currently expected to gradually recover from the second quarter of the year, but the level of recovery will likely vary by country and region,” said NYK, adding as part of fleet optimisation efforts, it is considering the sale or scrapping of existing vessels.

Of the few bright spots for the sector, analysts point to the low new orderbook for new PCTC vessels – just 24 in the pipeline currently, representing just 3.4% of the total fleet, according to Clarkson Research – and Scandinavian operator Wallenius Wilhelmsen recently revealing plans to recycle some vessels and place up to 10 in cold layup.

Also, car sales in 2021 are expected to pick up but it is unlikely to be enough to compensate for the market shock to be seen this year.

When Lloyd’s List launched its regular Ask the Analysts webinar last month we were bombarded with questions on everything from coronavirus to consolidation.

On Thursday, May 28 we will be focusing on Asia, with the conversation looking at the market outlook via our team of editorial experts based in Hong Kong and Singapore. We will also be joined by the Lloyd’s List Intelligence credit team to answer your questions on counterparty risk.

You can add your questions by registering for the free webinar here or by clicking on the banner above.

The full panel for the webinar is below: