Ecsa publishes survey results on the impact of the coronavirus on European shipping. These show damage across the board. And while there is some optimism for the remainder of the year, the overall picture signals tough times ahead 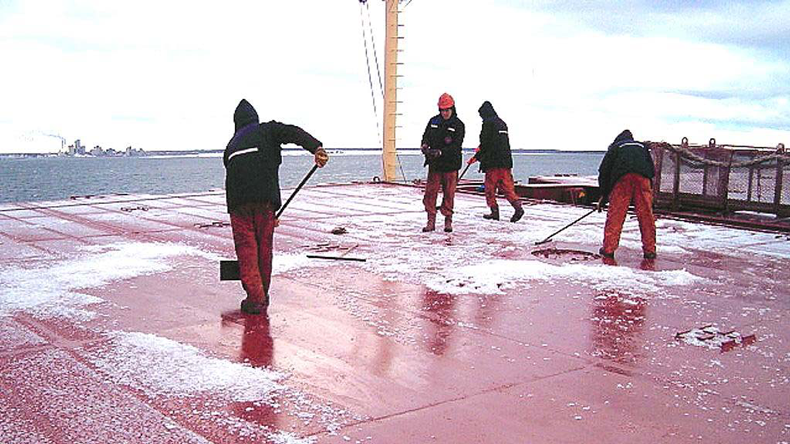 Dry bulk and tankers are less likely to see reductions in the number of seafarers.

THE coronavirus outbreak has severely impacted the shipping sector, cutting turnover and raising the spectre of large reductions in the workforce and investment, according to a new survey of European owners.

All industry segments, except tankers, have suffered from the pandemic with considerable turnover decreases and inadequate support from governments, the study conducted by the European Community Shipowners’ Association in April showed.

Ferries, cruise, car carriers and offshore service vessels are the worst hit, with turnover in the first quarter of the year falling as much as 60% year on year in many cases.

The prospects for container shipping, general cargo, car carriers and offshore supply owners are even more bleak for the second quarter of 2020.

“Respondents signalled that some recovery is expected in the rest of the year compared to the immediate economic impact, however turnover losses remain significant throughout the industry — except for the tanker sector,” Ecsa said in a statement.

The severe damage that has been inflicted will also extend to the workforce, both at sea and onshore.

Half of the general cargo and containership companies expect that without national support measures seafarer employment could fall by up to 20% in 2020.

In cruise, offshore, car carriers and ferries, some companies expect cuts to over surpass 60% of the workforce. Tanker and dry bulk companies anticipate the smallest employment changes.

Most of the respondents said that crew changes is the challenge that requires support from authorities, while financial issues were the second-most pressing matter.

Ecsa found that most respondents believed that the employment measures governments have been taking in response to the coronavirus have been more effective for onshore staff rather than for seafarers.

Things are even more challenging when it comes to liquidity support measures, which around half of the respondents said either do not apply to shipping or do not exist at all on national, regional or local level.

A minority said banks had effective liquidity measures in place. In cases where a government has introduced a liquidity measure, banks often do not actually offer it to their customers or shipping companies do not use it.

“One of the reasons is that the administrative burden and costs to apply for liquidity relief outperforms the benefit of these measures,” the association said.

The pandemic is also negatively affecting efforts to decarbonise with European shipowners indicating they will likely scrap plans to invest in the reduction of air emissions of their vessels.

Around a quarter of respondents think they would return to the same extent as planned prior to the pandemic, Ecsa said, while 30% believe it would still happen but at a lesser extent.

Almost half (44%) think these investments would no longer be possible.

Retrofitting existing technologies on ships could lead to fuel savings