Chinese lessors are becoming more cautious about lending their money to shipowners amid the current market gloom. But they have no plans to pull out of the sector 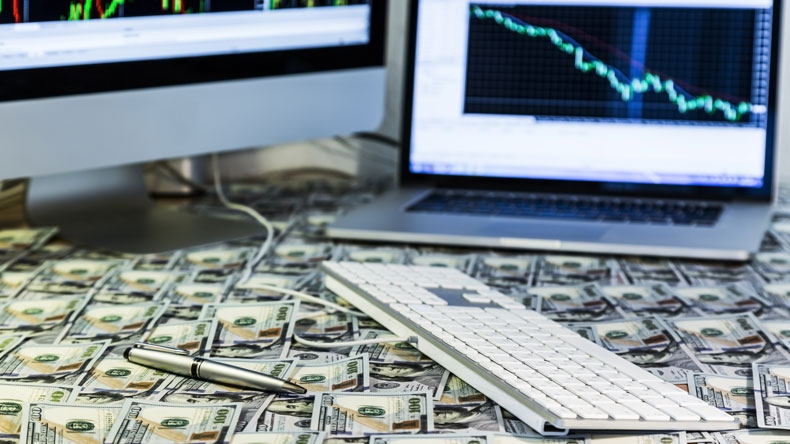 THE coronavirus pandemic is not dulling the appetite of Chinese leasing houses for expanding their sway in the ship finance arena, a Marine Money webinar was told.

One case in point is that they are acting increasingly as shipowners as they order vessels at yards on their own amid lack of newbuilding demand.

Such a trend was pointed out by one of the speakers, Bill Guo, executive director of shipping at ICBC Financial Leasing, one of the largest of its kind in China.

“The virus might change a lot of things on the ship finance side,” he said. “For example, more and more Chinese leasing houses have put the efforts, time and money in operate leasing, which means they become the so-called ‘financial shipowner’ and place the new orders by themselves.”

Most leasing companies in China started their shipping lending by engaging financial leasing, whereby the lessor act more like a bank lender.

However, under an operate leasing agreement, the lessee is not obliged to buy back the ships and that makes the lessor the real owner and bear both the upside and downside risks of the assets’ residual value.

The rising uptakes of the latter structure had been palpable even before the outbreak of the public health crisis as the Chinese lessors became more experienced and less risk-averse in quest of better returns.  In addition, there was also the order to alleviate the order drought facing domestic shipbuilders.

Now the virus-led market downturn seems to be speeding up that process.

“If they couldn’t find newbuildings or new financial leasing deals they have to become shipowners to build new ships,” said Mr Guo.

For the first four months this year, 31% of the new orders won by Chinese shipyards in compensated gross tonnage terms were from their compatriot leasing investors in the form of operate leasing, according to Clarksons data. The proportion was as high as 90% in April alone.

While the ordering spree has stoked concerns over the dominance of leasing investment, the flip side was it could help smooth down the shipping cycles and bring about more stable freight markets, according to Mr Guo.

“The shipping supply and demand have never reached their balance because nobody orders new ship in a situation like today, and then everyone rushed to yards for newbuildings when the markets become booming.” he said. “But the leasing houses can place new orders no matter whether it’s good or bad times.

Moreover, he said the leasing orders, with those backed by long-term contracts from charterers, could squeeze out speculative orders during a market trough. “But the shipping markets is still very big, the Chinese leasing houses won’t take over everything.” he added.

But doubts have arisen over whether the coronavirus-induced depression in the aviation industry, where the leasing lenders also have a big exposure, may have taken a big toll on their commitment to shipping.

The latest available statistics on its website shows ICBC Leasing had 325 commercial aircraft in its portfolio until the end of May 2018. Data from Cirium indicated the lessor’s fleet worth about $16.1bn as of end-2018, ranking the sixth in the world.

Mr Guo declined to comment on his company’s aviation sector, saying the shipping business was treated separately and the operation remained normal.

He said despite the downdraft, “the door is still open” for clients, especially those with solid credit, to tap funds. However, there will be “a closer look” at the borrowers’ cash flows and balance sheet due to the current crisis.

He also admitted his company did receive some requests for payment deferrals as a result of the difficult shipping market, but claimed “99% of the existing customers were still in good shape.”

His fellow speaker Yan Zhonglu, head of shipping finance at SPDB Financial Leasing, appeared even more unwavering in face of the aviation woe. The smaller lessor ranked 41st on Cirium’s list, with an aircraft fleet worth $1.7bn. It is also a relatively newcomer to the international ship finance market compared to ICBC Leasing, having only started to establish its presence in recent years.

Aircraft carrying passengers were more vulnerable to the current economic recession, but ships hauling cargo would be less impacted, he explained. “We will continue to expand our [shipping] business.”

He said SPDB Leasing, a subsidiary of Shanghai Pudong Development Bank, will probably slow its pace in container shipping, where it has already “done lots of business”. But the push for new deals in the other sectors remains unchanged.

“In fact, some projects of bulkers, tankers and LPG carriers are in the process for credit approvals.”

Mr Yan said that rather than clients’ credit, his company paid more attention to the ship assets per se, and would be more confident to take up the projects “if the ship quality is high and the price is low”.

The question has also been raised regarding the point at which the Chinese lessors will begin to embrace the Poseidon Principles, initiated by western banks and aimed to align shipping portfolios to climate goals.

The progress, however, appears to be slowed down by the virus headwinds.

“I don’t think, at this juncture, they are ready to adopt, but they are considering,” said the other webinar speaker Christoforos Bisbikon, a partner at Watson Farley & Williams.

Mr Bisbiko, whose law firm has helped draft the green initiative, said the lessors needed to take the principles into account particularly when seeking funds from traditional western banks, who now want to put the terms into the documentation.

“One would assume that the same language should be included in their leasing documents as well.” he said. “But we haven’t seen a significant appetite from the Chinese leasing world to adopt these principles in the documents on a global basis.”

In response, Mr Guo said the banks’ agreement was under review by his company and its parent the Industrial and Commercial Bank of China, which are in general supportive to shipping’s decarbonisation direction. However, the bank must align its decision with the other Chinese banks as most of them are owned and overseen by Chinese government.

“So far, we haven’t come to any conclusions in terms of when to sign up, and with the virus impact lots of things are being postponed.” he said.

Coronavirus is the ‘everything shock’ for years to come