A price war and demand destruction because of the coronavirus pandemic have sent oil markets into a whirlwind during the past two months. While crude tankers appear to be heading into the anticipated downturn, the product tanker industry believes its inflated earnings are here to stay

Product tanker owners report profitable first quarters of the year, but the second quarter is shaping up to reach unprecedented earnings levels 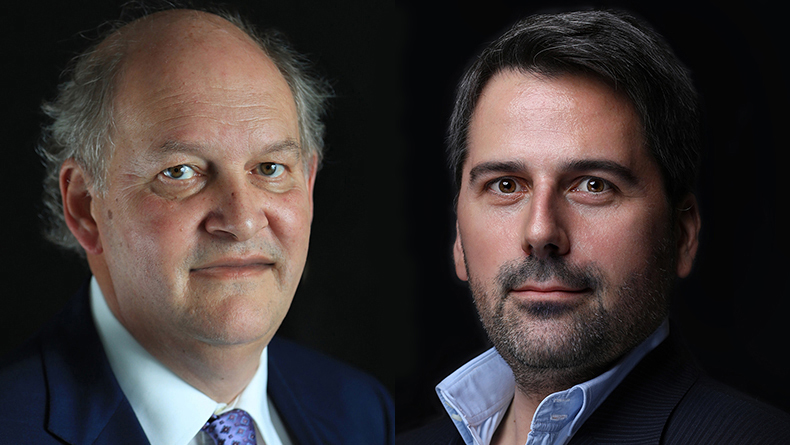 THE product tanker industry is anticipating record earnings during the second quarter of the year, with larger vessels raking in the biggest revenues and shipowners hoping the short and longer-term market dynamics can work in their favour.

While the crude tanker market is subsiding on the back of global oil supply cuts and depleted demand because of the coronavirus, product tankers are still maintaining relatively high rates that are setting up very high expectations for the next few months as floating storage and operational challenges are exacerbating vessel scarcity.

Product tanker rates picked up in March, but really took off in April achieving record highs across the market, particularly across the larger segments where tonnage availability is much tighter than elsewhere.

Though rates have dropped off slightly during the past week, they are still yielding stratospheric revenues. The long range two Middle East Gulf–Japan route, which is dominated by naphtha condensate shipments, averaged $152,744 on Wednesday.

Similarly, long range one charters on the same voyage recorded levels in late April at almost $112,000 per day before sliding to $96,698, on May 6.

One of the primary beneficiaries of these rates is LR2 market leader Scorpio Tankers. With its 137 product tankers spread across different size segments, Scorpio tripled its profits from $14.48m in the first quarter of 2019 to $46.63m during this year’s first quarter, as revenues grew and overall costs declined.

Scorpio Tankers chief executive Emanuele Lauro hailed it as the company’s best quarter since 2015. He argued that part of the New York-listed firm’s success strategy was not chartering out LR2 vessels for crude contracts, something that is proving highly fortunate now as reverting a vessel from dirty to clean can be a complicated process.

Mr Lauro was optimistic that the product tanker fundamentals point to the makings of strong prospects.

“Supply of new tonnage remains anaemic against the backdrop of a rapidly ageing fleet. Simply put we have never seen an orderbook so low with rates so high,” he said during a conference call.

“These are obviously the worst of times. But for us they are the greatest of times as well,” Mr Bugbee said during his opening remarks on the conference call.

Aside from the low orderbook, shipyard consolidation, scarce access to finance for companies and more Middle East refineries coming online will prop up the market, he believes.

Thus far in the second quarter of the year, Scoprio reported its LR2s have been fixed at a daily average of $53,000 covering 63% of total days in the period, compared with $26,818 previously. But that may not be all.

“I can say… that our present markets are significantly higher than those averages we have put in the book to date so far, which is really a trailing position,” Mr Bugbee said without going into further detail.

Some of these contracts will cover parts of the third quarter of 2020 as well.

Scorpio Tankers commercial director Lars Dencker Nielsen said during the call that on Wednesday the company secured a $178,000 per day charter for one of its LR2s for almost 40 days.

“This is not an outlier anymore,” he said.

The scarcity of the larger product tanker vessels is being augmented by storage uptake and operational constraints that are forcing ships to take longer return routes, thus also adding to the fleet’s tonne-miles, Mr Dencker Nielsen pointed out.

Jefferies analyst Randy Giveans said in a note on Wednesday night that he expects Scorpio’s second quarter of the year to set “numerous records” thanks to the “eye-popping” quarter-to-date rates and reduced offhire expectations.

Scorpio Tankers reported that it agreed with its scrubber supplier in April to push back the installation of scrubbers on 19 of its tankers to 2021, at no additional charge. Scrubber investment paybacks have been hurt by low oil prices that have closed the price gap between high-sulphur fuel oil and the more expensive low-sulphur fuel oil.

High expectations for 2020 and a faster shift for refineries

A global economic recession and oil production cuts have hit crude oil tanker rates. But Mr Bugbee stressed that the LR2 and LR1 segments are far more consolidated than any other major crude or product market.

The high product tanker rates are also being driven by increased refining capacity out of the Middle East, Mr Bugbee said, adding that he expects product exports from the region to increase as it is in the financial interests of the producing nations. Meanwhile countries such as China and Australia are opening up, boosting demand.

Rates may decline at times, Mr Bugbee admitted, but on a historical basis they will continue to be very high.

“Even if we look at the pessimistic view of forward curves in any reports or analysis for the third quarter of the year, they are absolutely superb,” he said.

Anthony Gurnee, chief executive of MR product and chemical tanker owner Ardmore, told Lloyd’s List on Wednesday that while the term “supercycle” may be too strong, the near-term future is looking interesting with rates expected to continue at elevated levels into the next winter.

The losses in daily spot rates over the past week have been greater for medium range tankers, which have lost value across routes, albeit starting from a very high level.

Mr Gurnee said that despite the recent decline in MR rates, they are still high and with analysts forecasting storage onshore to be full by the end of May, the need for floating storage could push rates back up.

Ardmore said in its first quarter of the year results released earlier this week that the impact of higher cargo volumes, floating storage, and the resulting extraordinarily high rates first seen in the crude tanker market are now emerging in the product tanker market.

“We believe they may be more persistent, potentially for many months, as the physical oil market continues its extreme gyrations around demand and supply,” Mr Gurnee said in the report.

“In terms of near-term outlook, if and when the oil market reaches max capacity for shore oil storage, we may enter a new and potentially more volatile phase of the product tanker market, and if and when oil demand rebounds with an economic recovery sometime in the third quarter of the year, we would expect more demand-driven volatility,” he added.

Brokers have been warning that more product tankers will be needed for clean floating storage, with last week’s estimations ranging between 30 and 114 aframax-sized tankers to accommodate demand over the next six weeks.

Charterers are also asking Ardmore to sail its vessels slower, which adds to a ship’s earnings and can help prevent demurrage challenges for charterers, Mr Gurnee told Lloyd’s List.

Ardmore does not charter out its vessels for floating storage based on a strict contract, but what happens is port congestion and storage issues onshore can force vessels to wait at discharge ports, making them floating storage.

“The value of that storage under these conditions can go very, very high because it is not [about] the futures curve. It is the consequence of not getting that oil through the refinery and out onto a ship in terms of what it does to the whole logistics chain,” he said.

A refiner will be considering what demand may look like in three months, Mr Gurnee said, and coupled with the cost of reducing their operation, they may seek to keep pushing out product.

While more Middle East refineries are set to come online, the current production picture is not uniform globally. S&P Global Platts reported on Wednesday that Asia-Pacific refiners are reducing their runs.

Refineries generally are cutting their runs, Mr Gurnee said. However, the effect of that is being offset by other factors like slow steaming, voyages covering longer distances and port congestion, which enhance tonne-miles on tankers and take up more vessels out of the market, hence boosting rates.

Ardmore acknowledged that beyond 2020 there could be an oil inventory build-up that will not be met by sufficient demand.

“However, as an offsetting factor, we believe that the global refinery landscape may shift, with older inefficient refineries geographically close to points of consumption closing, resulting in more products shipped over longer distances from modern, efficient refineries geographically closer to the points of oil production,” the company said in its results presentation.

Mr Gurnee explained to Lloyd’s List that the refinery landscape has already changed significantly during the past 20 to 30 years, with more of them being built in the Middle East and China, rather than previous destination like Rotterdam, New York and Tokyo. The shift that has elevated the products tanker share from 10% to more than 33% of the total tanker fleet.

“You might end up getting five or even ten years’ worth of activity in very short period of time in terms of incremental closure,” said Mr Gurnee said.

That could mean Europe will probably no longer be able to supply the US east coast with gasoline so that will need to be shipped from further away. The US Gulf region may rely on Middle East imports.

“I think we would be happy if that offsets the destruction of underlying oil demand,” said Mr Gurnee.

Ardmore recorded a $6.52m net profit in the first quarter of the year compared with a $9.15m loss in the same period last year. The reversal of fortunes came down to the fleet’s average daily TCE rate growing by $4,385 to $19,390 in the first three months of the year and a decrease in voyage expenses as the size of fleet has decreased.

Like Scorpio, the second quarter of the year is looking even better for Ardmore. As of May 5, its MR tankers have been chartered at an average of $24,000 per day with 55% of days fixed in the second quarter of 2020. But over the past three weeks alone, the average daily TCE has been $28,000 and last week it agreed to a 55-day charter at $72,000 per day.

Mr Giveans said in another note that the anticipated high product tanker rates and no dry dockings scheduled for the second quarter means that Ardmore should see record revenues and net profits during the current three-month period.

Update: This story has been updated to reflect additional comments