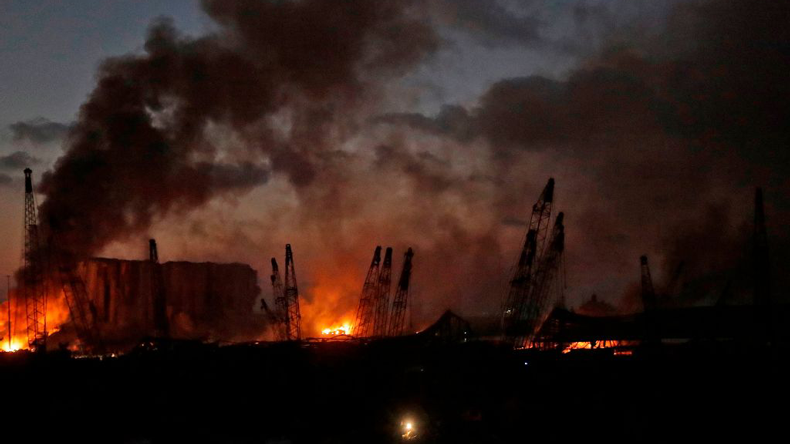 
The port of Beirut is vital to Lebanon’s economy and Lloyd’s List Intelligence data reveals why the devastating blast will likely have such an impact beyond the immediate aftermath.

The explosion at the port of Beirut is likely to seriously impair the country’s containerised supply chains, threatening its ability to import essential supplies.

A seven-year-old consignment of ammonium nitrate stored in a warehouse at the port of Beirut is emerging as the likely cause of a huge explosion that rocked the Lebanese capital and killed at least 100 people.

Investigations are already being carried out into the circumstances surrounding a huge blast that tore through Lebanon’s capital with the force of an earthquake, killing dozens of people and injuring thousands more. While many questions remain, some facts are already known.


There are fears that some shipowners are failing to make enough effort to repatriate overdue seafarers as crew changeover costs continue to soar in order to accommodate stricter quarantine and immigration rules at key hubs worldwide.

Expansion of container port capacity is expected to contract by at least 40% over the next five years in the wake of the slowdown in port throughput induced by the coronavirus outbreak.


Global containerised freight volumes ticked up a notch in June in signs that the impact of the global pandemic may be relenting, albeit slowly.

Kawasaki Kisen Kaisha says it expects “a harsh business environment” ahead and will cut its fleet by more than 50 vessels over the next five years.

The Baltic Dry Index, a benchmark indicator of the dry bulk sector, was up 78 points on Tuesday to close at 1,463 points, thanks to burgeoning capesize and panamax markets that have seen earnings improve in recent weeks.


Safe Bulkers, the Cyprus- and Greece-based owner of dry bulk carriers, has posted a second-quarter loss due to the impact of the coronavirus pandemic, warning that the longer-term implications of the virus for the dry bulk industry are essentially unpredictable.

Seafarer unions working in collaboration with the cruise industry have achieved the repatriation of almost 250,000 cruise sector seafarers, although the crew change crisis has still left 300,000 stranded on other vessel types, according to the International Transport Workers’ Federation.

Norway’s Kanfer Shipping is sounding out shipyards for up to four liquefied natural gas bunkering tankers to be built to a design developed by CGR Arctic Marine.

Nagashiki Shipping, the owner of the capesize dry bulker Wakashio grounded off Mauritius, says that salvage operations have started.

An international initiative to develop autonomous ships has been launched.

GasLog’s move to consolidate senior management of the group in Greece has led to a change at the top of separately-listed subsidiary GasLog Partners.

Seanergy Maritime is predicting a healthy market for the next year or longer following a first half hit by disruption to Brazilian ore exports on top of the impact of the coronavirus pandemic.