Free to read: Greek tankers abort Venezuela trade as US moves to seize cargoes | The Lloyd’s List Podcast: The new normal, according to Şadan Kaptanoğlu | Digitalisation vs human intelligence; it’s a matter of trust 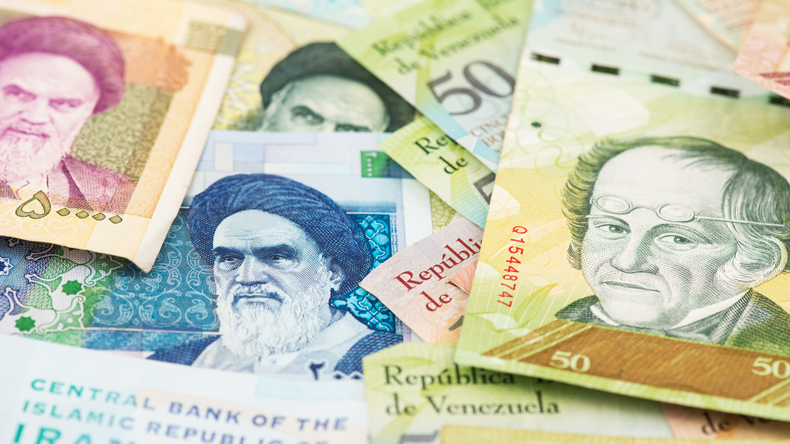 
The Greek owner of four medium range product tankers alleged to be carrying Iranian gasoline for Venezuela has spoken of his dismay at how vessels became embroiled in US sanctions.

The Lloyd's List Podcast: BIMCO president Şadan Kaptanoğlu tells Editor Richard Meade about shipping’s new normal, how shipping can better communicate both internally and externally and what the global economic turbulence means for shipping over the coming years.


Logistics businesses have come late to the digital era. The sector is plagued with legacy systems and processes politely described by external observers as outdated.

Most of the international fleet appears to have complied with regulations regarding fuel consumption data collection, according to the first effort to compile a global database.

The week in charts: Increased numbers of very large crude carriers anchored off China, Singapore and Malaysia have brought the total amount of crude and clean products in floating storage to a new high, while the global economic outlook is expected to result in seaborne trade falling year on year for the first time since 2009.

Shipping is trying to understand why it has come later to the digital party. There are many reasons, including culture, leadership, nervousness about transparency, the value proposition, and trust, writes Richard Clayton.


Scorpio Bulkers’ president Robert Bugbee sees global economic activity picking up, which is leading to higher dry bulk rates, but stressed that the market is “not out of the woods yet”.


CMA CGM, the French container shipping line, has teamed up with 10 partners to form a coalition to accelerate energy transition in transport and logistics.

Britain’s partial relaxation of quarantine controls is set to provide a lifeline to both ports and passenger shipping, which have been struggling to come to terms with the coronavirus pandemic, industry sources said.

Five crew members from a Pacific International Lines vessel have been kidnapped off Cotonou, Benin.

China Cosco Shipping Corp has established a corporate university in Qingdao, one of the country’s largest maritime cities, to cultivate talent for the industry.

Controlling shareholders of Antong Holding have received a lifetime ban from China's securities market after a serious breach of disclosure rules.

MPC Container Ships has said it is now seeking a $27.5m cash injection, with $20m of that sum earmarked for its wholly-owned subsidiary MPC Container Ships Invest in its capacity as bond issuer, after openly stating last month that it stands at risk of bankruptcy.

Major crew source country the Philippines has made a significant step towards solving the crew-change problem, opening a so-called “green lane” for seafarers, as widely suggested by many in the industry.

The port of Long Beach, like its competitors along the US west coast, has seen a decline in its cargo numbers in recent years, but especially since the opening of the widened Panama Canal four years ago.

Pacific Basin, a Hong Kong-based bulker owner, said it expects to post a loss in the first half due to a one-off impairment charge of $198m related to the company's older and smaller handysize fleet.