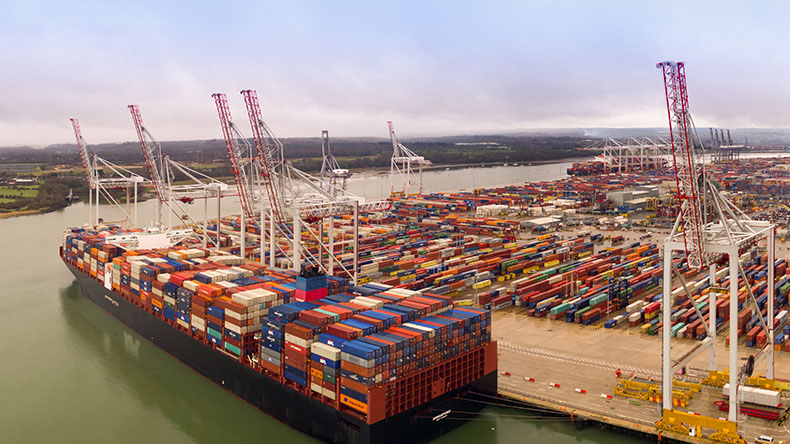 
With six months to go until Britain imposes post-Brexit border checks on European Union goods, UK ports lack sufficient clarity to start building the required infrastructure, have no clear guidance on the required detail of border processes and now have to contend with a government IT system that the head of the Government’s own expert customs panel has described as “shambolic and amateurish”.

A senior ship financier has called on Japan’s regional banks to change their business model if they are to do more than survive.

From the News Desk: Car carriers and ferry operators have been among the hardest hit segments of the maritime industry as a result of the coronavirus backdrop, while a spate of recent fires on ships have highlighted serious safety concerns.


Jefferies, the investment bank, said it maintained a positive outlook for the crude and product tanker markets, citing the low orderbook and slowing fleet growth through to 2021 for its optimism despite the coronavirus-led demand collapse.

Intra-Asia specialist RCL is among the shipping lines reacting to changing supply chains by revamping its RMS service to take in Jakarta in addition to its current Strait of Malacca service between Singapore, Port Klang and Penang.


Britain’s ports have welcomed a move to simplify planning permission, unveiled as part of the government’s £5bn ($6.2bn) stimulus package to boost the economy.

The German shipowners’ association has called on the national government to use its presidency of the Council of the European Union to support the region’s shipping.

Brit Global Specialty USA, a  specialty insurer and reinsurer, has said it is exiting the cargo market.

China Merchants Port has won support of state-owned Fujian Provincial Communication Transportation Group as a strategic investor to join its port project on the southern tip of Sri Lanka.

Wallenius Wilhelmsen has agreed with lenders to waive a debt-to-earnings covenant, after risking a breach amid coronavirus disruptions.

Wärtsilä is to conduct full-scale testing of ammonia as a fuel in a marine four-stroke combustion engine.

Tianjin has emerged as the top import destination for liquefied natural gas in China, accounting for almost one fifth of the country’s overall inbound shipments of the supercooled fuel during the first five months of this year.

Diana Shipping has negotiated a loan extension with another lender.