Covid-19’s impact on shipping is weighing heavily on bunker demand as ships are taken out of service, steaming slower and used as floating storage 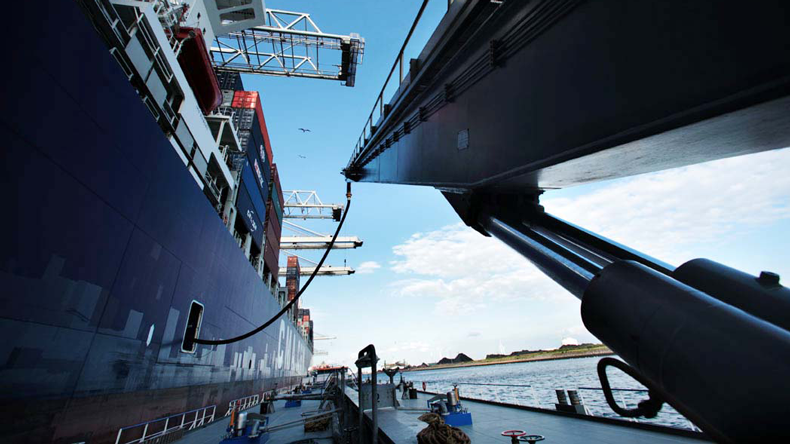 BUNKER suppliers in several European ports have estimated their total sales to have fallen by as much as a quarter in April. With aggregate port data unavailable, however, it is too early to tell whether these estimates hold water, but there is little doubt most bunker suppliers are confronting weaker demand for their products.

In Europe’s biggest bunkering port, Rotterdam, the VLSFO price peaked at $604.50 per tonne on January 3, two days after the IMO’s 0.5% global sulphur cap became effective and pressured supply. The price has since fallen to $150.50 per tonne (April 22), pulled down by easing pressure on bunker port supply logistics, plunging crude values and now a drop in bunker demand.

Cash-strapped shipowners that said they could barely afford compliant bunkers when prices peaked in January can now consume fuel at a quarter of the price.

As when prices were previously low in 2016, more shipowners would now rather add the extra distance by sailing round the Cape of Good Hope on their way back from Asia to Europe, than pay the Suez Canal toll. However, shipowners choosing this route are unable to rely on bunkering in South Africa as several of the country’s refineries are temporarily shut and bunker supply is drying up.

Rotterdam experienced a slowdown in cargo throughputs in 1Q20. The drop was mainly due to fewer high-sulphur fuel oil (HSFO) cargoes in transition from Russia to Singapore, as arbitrage economics closed following the impact of the lower sulphur cap taking effect.

The US has replaced Singapore as the largest cargo buyer of HSFO from Russia as more of the product is shipped west to feed US refiners’ coking units as an alternative to heavy crude grades. Flows of HSFO from Russia to the US are likely to increase further as a result of Russia slashing export duties on dirty products such as HSFO to $6.80 per tonne for May, down from $52 per tonne in April.

Supplies of HSFO disappeared from some ports and were reduced in others after bunker suppliers started cleaning their storage and delivery tanks towards the end of 2019. This has made HSFO difficult to source in certain European ports, compelling shipowners with scrubber-fitted ships to plan spot purchases carefully. 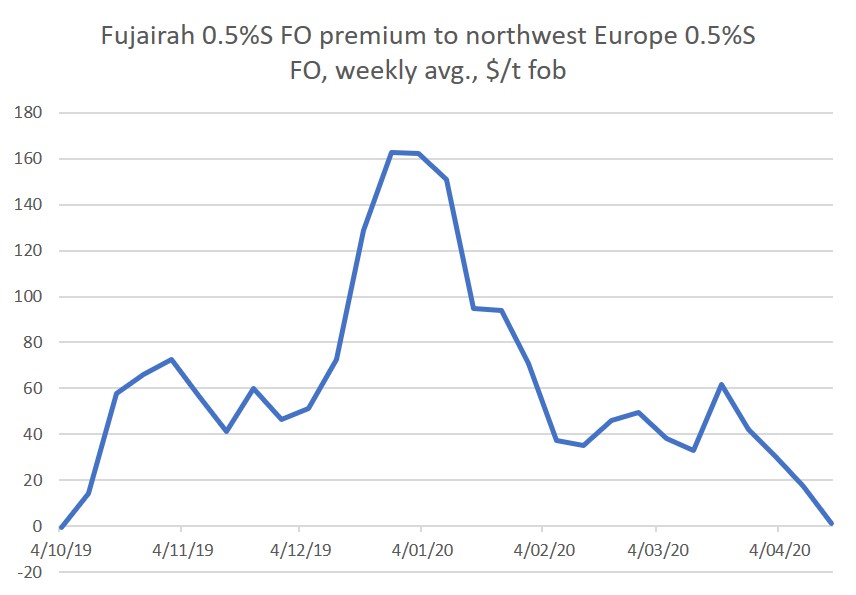 VLSFO has been in ample supply in Europe, particularly northwest Europe, and increasingly in the Mediterranean. European and Russian producers exported 330,000 tonnes of fuel oil to Fujairah in January, up from 220,000 tonnes in December. Fujairah was initially short of VLSFO, but as local production of the fuel ramped up and bunker demand slumped, the port has become oversupplied with the grade.

Wholesale VLSFO barges were at a $178 per tonne premium in Fujairah to Rotterdam at the start of 2020, but the price spread has now reversed to a discount. This has weakened the incentive for European and Russian producers to export VLSFO to Fujairah ahead of other destinations. 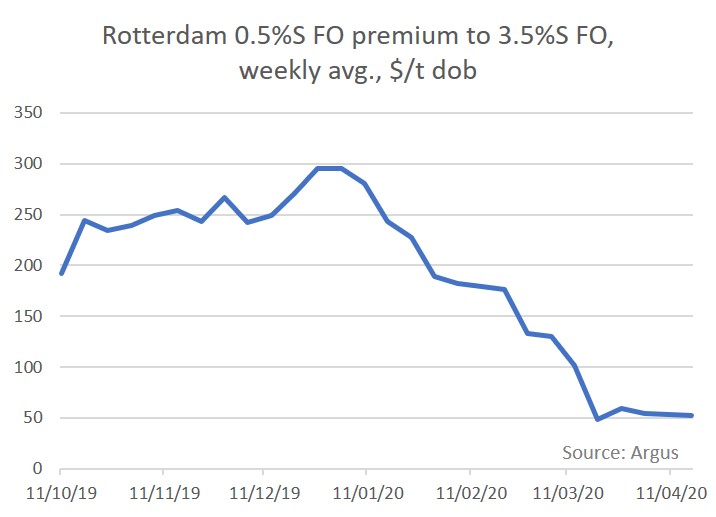 The spread between delivered VLSFO and HSFO — a key measure of scrubber economics — fell to an all-time low of $31.25 per tonne in Rotterdam on April 22. Improved supply logistics for VLSFO, after resolution of teething problems at the start of this year, and a drop in demand driven by the coronavirus have decimated its premium to HSFO from a peak of $309.50 per tonne on December 30. A sulphur spread at current levels could tempt shipowners to burn VLSFO and marine gasoil (MGO) even on scrubber-fitted ships and avoid altogether the difficulties of buying HSFO for bunkering.