South Korea will provide $1bn in aid to shipping

Funds will also be pumped into the system to raise the loan-to-value ratio for vessels to as high as 95%, compared with between 60% and 80% currently 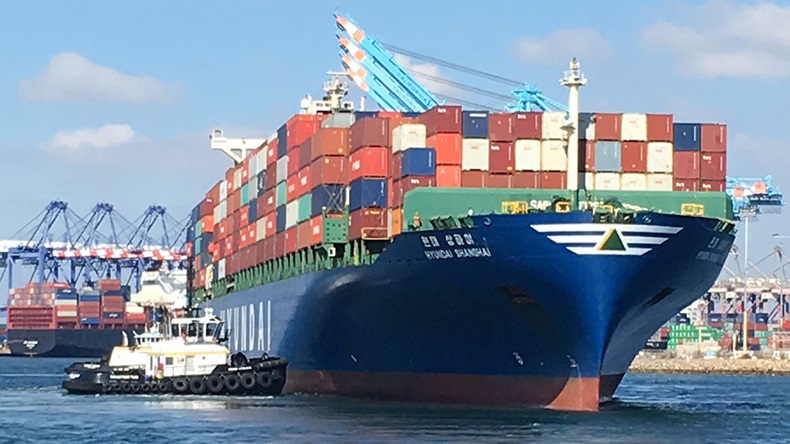 Source: Janet Porter HMM will be among the companies getting financial aid.

SOUTH Korean shipping companies, HMM primarily among them, will receive Won1.25trn ($1bn) worth of financial help from the government as it aims to help cash-strapped firms hurt by the coronavirus pandemic, Yonhap reported.

Critically, Korea Development Bank and the Korea Ocean Business Corp will spend Won470bn to repay HMM’s maturing debts. The two organisations are the usual vehicles for the South Korean government to give aid to ailing maritime businesses and have injected funds into HMM at several times in the past.

The Seoul-listed shipping line also said in an exchange filing on Thursday that it had raised Won720bn from KDB and KOBC in an issuance of convertible bonds, whose maturity can be extended to 30 years.

HMM, which just became a member of The Alliance this month, is expected to take delivery a series of newbuilding ultra-large containerships from later this year.

Meanwhile, South Korea under the rescue plan will also pump in Won100bn and raise the loan-to-value ratio for vessels to as high as 95%, compared with the current level of typically between 60% and 80%. KOBC will facilitate this by buying subordinated bonds from various shipping companies, which will incorporate the revised loan-to-value ratios.

In addition, KOBC will directly take up Won100bn won worth of debts of small and mid-sized shipping companies, as well as offer up to Won100bn in funding for possible mergers if they pledge to keep their workers on payroll.

The companies are expected to see further pressure in the second quarter of the year and the aid is a pre-emptive move to provide liquidity in advance. “The shipping firms are expected to suffer more serious damage after the second quarter of 2020, considering the time-lapse between the global economic turmoil and the decline in their performances,” oceans minister Moon Seong-hyeok was quoted as saying by Yonhap.

HMM warns of virus and tariff impacts amid continued losses