From the News Desk: Singapore looks beyond coronavirus

Singapore’s forward planning is paying dividends, while its investment in digital technology and infrastructure should mean it is well-positioned to weather the health crisis 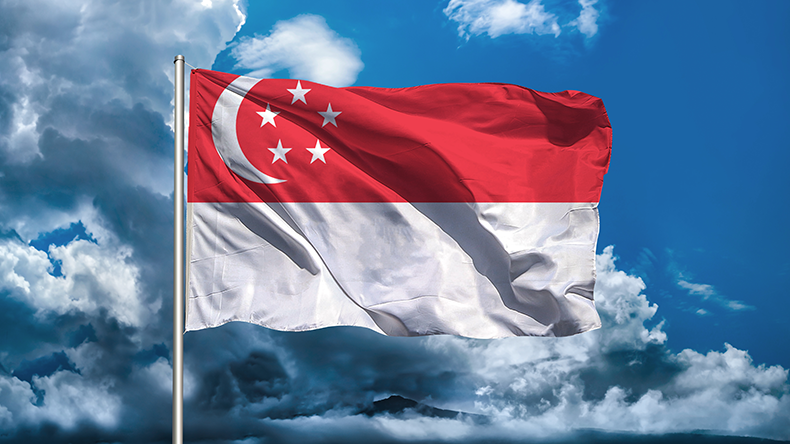 AS shipping continues to come to grips with the economic and wider impacts of the coronavirus pandemic, Singapore’s carefully planned development as an international maritime centre over many years looks to be providing a clear advantage during this time of turmoil.

While the flagship Singapore Maritime Week, originally due to take place this week, has been partially delayed to later in the year and partially postponed to next year, the city-state is taking the opportunity to invest in digital advancement as well as strengthening regulatory and trading conditions to maintain its reputation as a gold standard port.

Led by the Maritime and Port Authority of Singapore and the government, the industry in Singapore is cultivating start-ups that will tackle some of the biggest issues in shipping, such as increasing fuel efficiency and automating business workflows using cloud-based technologies and the Internet of Things.

The MPA has schemes to provide seed funding to such start-ups under its Maritime Innovation and Technology Fund.

There are initiatives in place with an eye on the next generation as well. For example, the Eastern Pacific Shipping MaritimeTech Accelerator is aimed at mentoring maritime technology innovators. The plan is to catapult Singapore forward into the digital age, leaving rivals in its wake.

In addition to the digital sphere, Singapore also stands out in the regulatory space, where it has built a strong reputation in several segments of maritime business standards.

One such area is the bunkering sector, where Singapore is the world’s leading port. Its mass flow meter-based regulatory regime provides an accurate and transparent measurement of delivered bunker volumes, has reduced the risk of human error, and improved efficiency during the delivery process, International Bunker Industry Association director Unni Einemo told Lloyd’s List last week.

To preserve the integrity of this system and maintain its market-leading postion, the port is also working on a new verification meter to validate the accuracy of MFM installed on bunker tankers, while also further fine tuning its MFM bunkering regime to cater for all fuel oil products compliant with the International Maritime Organization’s 2020 sulphur regulations.

MPA this week awarded two much sought after bunker supplier licences to Minerva Bunkering and TFG Marine, bringing the total number of licenced suppliers in the port, which include both oil majors as well as national oil companies, up to 45. The authority said this would further add to the supply of compliant fuel.

Singapore’s marine fuel sales have not only held up despite the coronavirus outbreak, but actually rose in March to 4.3m tonnes, up by 442,600 tonnes from February and by 231,400 tonnes from a year earlier, according to figures from Argus.

Aside from coronavirus, Singapore is also having to innovate to tackle another global issue — climate change. Rising sea levels mean that competition for space is heightened in a country where land use is restricted.

It is taking steps to optimise anchorage use and ease congestion, while maintaining navigational safety, by offering concurrent bunkering services, already available for containerships, to tankers and other vessels calling at Singapore.

Intertanko is one industry body being brought in by the MPA in the tanker space to facilitate a so-called “just in-time” vessel traffic management initiative.

The MPA’s JIT initiative is also viewed as a window of opportunity to address some of the hurdles confronting Intertanko’s Virtual Arrival concept.

Jointly launched by the business and the Oil Companies’ International Marine Forum in 2011, the Virtual Arrival concept incorporates a system connecting a ship with its port of arrival.

In doing so, the ship would be alerted to any need to slow down ahead of its arrival. This can help ease port congestion, enhance safety and reduce ship fuel consumption and hence emissions.

But this concept requires buy-ins from terminal operators and charterers, which may be more achievable through working with a regulatory body such as the MPA.

You can find out more about the developments Singapore is taking to establish itself as the world’s leading port in terms of services and innovation by heading to our special Singapore Focus hub page.

This is also your last chance to sign up for our Future Fuels Webinar, taking place tomorrow (April 23) at 0900 hrs BST/1600 hrs SGT.

Do not miss the opportunity to hear industry experts discuss the next phase in the decarbonisation of the shipping industry by registering your attendance via the banner above or this link.