Rotterdam warns throughput could fall by 20%

The impact of the pandemic-driven economic slowdown will hit trade volumes. Europe’s largest port complex expects to take its share of the pain 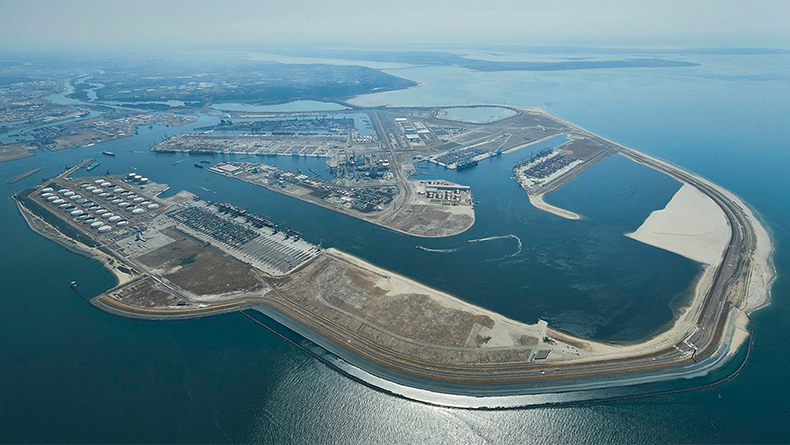 ROTTERDAM, the largest container port in Europe, expects full-year throughput to fall by up to one fifth as the coronavirus pandemic takes its toll on economic activity.

“We are facing unprecedented disruptions and the port of Rotterdam, as a vital process intends to continue contributing to society,” said chief executive Allard Castelein.

“The impact of a decline in demand due to the coronavirus crisis will become clear from April onwards. A 10% to 20% drop in throughput volume on an annual basis would seem to be very likely. This will depend on how long the measures remain in place and on how quickly production and world trade recover.”

In the container segment, capacity between Asia and Europe was being cut by approximately 25% in response to the reduction in demand for transport, the port said in a release on its first-quarter throughput figures.

“This will also be clearly seen in the port of Rotterdam in the coming quarter.”

Ro-ro traffic was also directly affected by a decline in economic activity in Europe, and volumes would be significantly lower as long as the lockdown in various countries continued, it added.

“The flow of iron ore and coal to the German steel industry will decrease in response to falling demand from the automotive and construction industries,” the port said.

“The decline in the use of oil products for transport will reduce the need for crude oil supplies. However, volatility in the oil market can lead to higher trade flows.”

Total throughput in the first quarter was 112.4m tonnes, down 9.3% down on the corresponding period in 2019. But Rotterdam noted that volumes in container handling, liquefied natural gas and biofuels during the first quarter of 2019 were at record highs.

“The coronavirus pandemic led to highly exceptional conditions in the first quarter of 2020, with severe worldwide disruption of production processes and logistical chains,” the port said.

“Closed factories, stricter border controls and restrictions on personal freedom of movement have disrupted society around the globe. This unprecedented situation and the consequences are affecting international trade hubs such as the port of Rotterdam.”

Container volumes fell by 4.7%, as an already weak economy in Europe was hit by the beginnings of the pandemic in China.

“The impact of the coronavirus crisis was apparent to only a limited extent in late March as a fall in goods flows from China after the partial lockdown there in February,” the port said.

“Seagoing vessels take four to five weeks to complete the journey, which means that the effect in Rotterdam is not felt until later.”

The volume of containers from Asia was 2.8% lower than in the first quarter of 2019, it added.

But that is set to decline further in the second quarter as carriers take drastic steps to reduce capacity through blank sailings, meaning fewer ship calls at the port’s box terminals.

The potential reduction in volumes can already be seen in the number of ship calls at the other end of the Asia-Europe trade lane.

The number of ship calls, which had begun to recover to levels similar to those seen in the same period last year, dipped again in week 15 as carriers’ scheduled voyages are cancelled.

This trend is expected to continue, with carriers removing about 25%-30% of their total capacity from Asia-northern Europe services over the next few weeks.

Antwerp prepares for crisis and beyond