Ardent seeks saviour as Boskalis snaps up salvor’s US arm 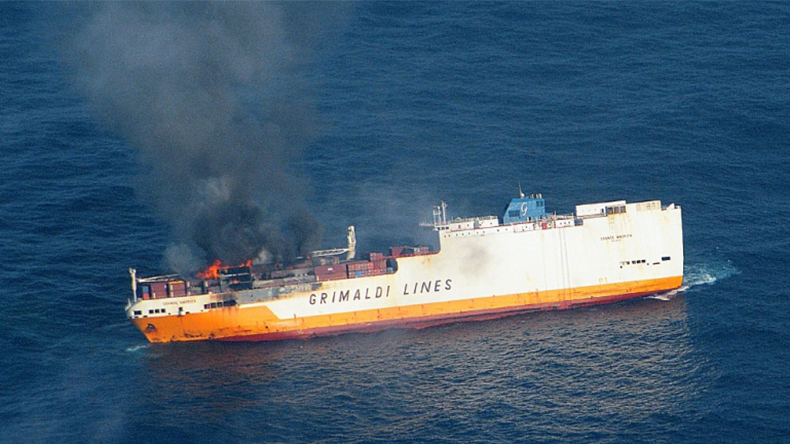 Ardent was part of the salvage operations for the fire-stricken Grande America last year.

ARDENT, the Netherlands-based salvor, is in talks to find a new buyer or strategic partner in what is being described as likely to be a transformative period for the company, according to industry sources.

The first evidence of change emerged on Thursday as maritime infrastructure and services giant Boskalis, the owner of Smit Salvage, announced the acquisition of Ardent Americas. The US unit  offers emergency response services and has an OPA90 programme covering 500 shipowners and more than 4,000 vessels.

One source close to Ardent said that discussions were being held this week with no less than nine different interested parties as the salvor looked for a new saviour.

Following the Boskalis acquisition it was not immediately clear whether further consolidation may follow involving other parts of Ardent’s operations.

Details of the new shareholding structure of Ardent were not disclosed.

While the arrival of Aurelius was meant to pave the way for a more secure future for the outfit, details of the new shareholding structure of the company were left scant.

“Aurelius is trying to liquidate the company,” the well-placed source added. “It is not bankrupt and they are trying to keep it going. Everything is on the table.”

Another source, who also spoke of a liquidation strategy, said that the company was looking at various options to preserve at least part of the operation, including employees.

Chief executive Oliver Timofei, who took the reins of the company last year not long after Aurelius arrived on the scene, said: “I cannot disclose anything in relation to Ardent at this present point.”

Ardent, which was launched in 2015 by the unification of AP Moller-Maersk salvage unit Svitzer and Crowley affiliate Titan Salvage, had tried to weather tough conditions in the salvage business by diversifying into adjacent fields such as offshore decommissioning and subsea services.

But this tack seemed to have been discarded at the end of last year when the company said it would concentrate again on emergency management and wreck removal. The company also shifted its headquarters, from Houston to Ijmuiden.

As well as those two centres, it also keeps major response hubs in Singapore and Australia, plus offices in Korea, Brazil, South Africa and the UK.

Ardent, which by any metric is one of the world’s largest salvors, is said to be “very busy”.

Current jobs include a joint operation with Smit Salvage to salve the Polaris Shipping very large ore carrier Stellar Banner, which ran aground on the Brazilian coast in late February.

For that operation Ardent was contracted under a Lloyd’s Open Form, but like other salvors it has struggled to cope with the declining use of LOFs, and pressure on rates for emergency salvage services.

Casualties more likely where and when insurers intuitively expect