Developments with regard to crewing this week include talks between the maritime and aviation sectors on repatriating seafarers.

Have you signed up for our latest webinar? The Lloyd’s List ‘Future Fuels Webinar’ takes place on April 23 at 9am BST/4pm SGT.

It will offer an insider’s view of how shipping will fuel its future and how businesses can avoid the transitional pitfalls along the way.

For more information, and to register for free, follow this link. 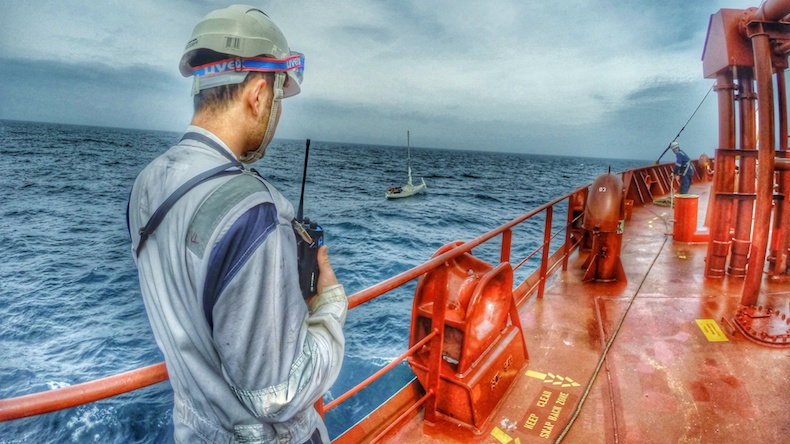 Many countries are relaxing their bans on vessel crew changes, following appeals from the International Maritime Organization and other industry bodies.

Singapore did so a week ago, followed by a similar move made by the United Arab Emirates.

For those stranded crew members who don’t get to rotate yet, the industry is also increasing efforts to alleviate their plight.

The world’s largest container shipping carrier Maersk has said it has implemented crew welfare initiatives, including compensation to ratings for contract extensions and improved internet connectivity service in certain areas in Europe, Asia and North America.

Some immediate measures are being taken by shipmanagers, such as extra bandwidth and free calls home for crew at sea. Extra food, medicines and provisions are being supplied.

And flag states and class societies are said to be offering grace periods to extend certificate validations and maximum working hours on vessels.

The maritime industry is also in talks with the aviation sector to try to secure increasingly scarce international flights available to repatriate seafarers coming ashore.

This progress is encouraging but not yet enough.

About 100,000 seafarers need to change over on a monthly basis to comply with maritime and labour regulations, according to estimates by the International Chamber of Shipping and the International Transport Workers’ Federation.

They have warned governments that they should come together to identify sea ports and airports where crew changes can resume, or risk the exponential escalation of marine accidents and disasters, as more seafarers become stranded for longer at sea.

Many of them remain stranded on board due to strict travel bans and quarantine rules imposed by various nations or jurisdictions.

The further those crew members have to prolong their services, the greater threat it will pose to their health status as well as to the safety of vessels they operate. More broadly, it is a threat to the integrity of the global supply chain.

As the World Shipping Council said just recently, maintaining the flow of goods is essential to tackle the current coronavirus crisis, and “seafarers and the ships they guide across the oceans are essential to the delivery of critical consumer products and industrial goods”.

To those countries that haven’t classified seafaring as an essential service, calls on them to change attitude will likely be getting louder as the battle against the pandemic drags out in the coming months.

Volatility in global crude prices is rippling through crude tanker rates and freight futures, which have plunged this week by as much as 25%.

The falls reflect uncertainty surrounding prospects for tanker demand if Russia and Saudi Arabia agree later this week to curb crude production, to deal with the coronavirus-led collapse in demand for air and land transport fuels.

Demand spiked for crude tankers in March after Saudi unleashed its oil price war with Russia to flood the market with crude to regain market share. With the oil price at 18-year lows as a result, tankers are being chartered for floating storage as well as additional exports.

Speculation that the Organisation of the Petroleum Export Countries, plus Russia and other non-members will meet later this week to co-ordinate a response to the global surplus of crude has boosted prices for Brent above $34 per barrel, from as low as $24 per barrel on March 30.

This has narrowed the economic viability of floating storage of crude and refined products, resulting in the pause in accelerating tanker rates for both clean and dirty vessels.

Listed tanker companies are talking up prospects even though the oil price shock and coronavirus pandemic provides a mixed outlook. 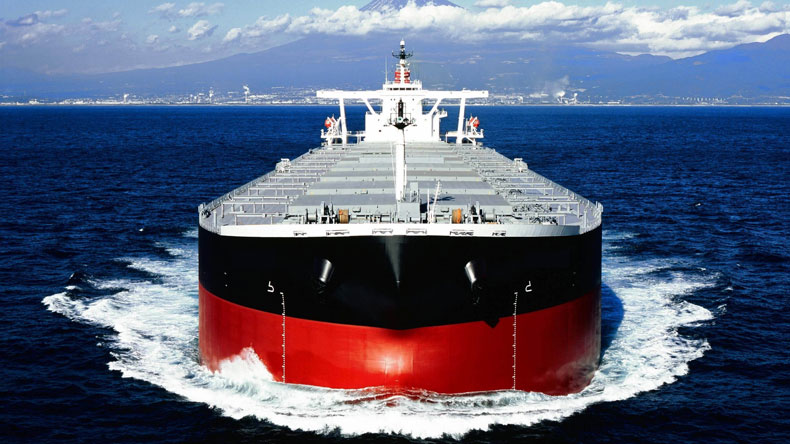 Dry bulk rates have started to inch up as China returns to work following two months of lockdowns due to the coronavirus.

So much so, the Baltic Capesize Index moved back into positive territory for the first time in just over two months, raising hopes that a recovery may indeed be on its way.

What has been giving the market hope is that China’s manufacturing index rose to 52 in March from a low of 35 during February.

“The improved manufacturing figure is an early indicator that China is improving, but the index needs to get to the 80 mark to show it is out of the woods,” BIMCO’s chief shipping analyst Peter Sand said, adding that it would take many more months to get back to the pre-virus levels.

Another bright spot in the otherwise languishing market is the rise in coal demand bound for India’s east and west coasts as the government declares coal an essential commodity amid the nationwide lockdown to combat the coronavirus pandemic.

That will have employment benefits for supramaxes carrying thermal coal from Indonesia and Australia to India, which is a welcome development.

The dry bulk market is facing inevitable disruptions caused by the widespread coronavirus, which has been forcing lockdowns and mining operations to halt. However, there is some optimism among owners about the market’s ability to recover.

Leading owners told a Capital Link conference recently that spot trades outweighed period charters due to the uncertainty related to the longevity of the virus.

The owners were confident that ports and terminals would remain open especially in countries such as Brazil and Argentina that rely on export revenues.

Brokers BRS said it saw a more sustainable recovery in the second half of the year.

It said that if the situation does improve quickly during 2020, the optimism among owners will force charterers to chase the market higher, compounded by the squeeze higher on paper that will likely occur given the significant short interest currently open.

“We are cautiously optimistic for the balance of 2020, with the risk reward heavily skewed to the upside at these suppressed levels.”

On the other hand, Stifel analyst Benjamin Nolan noted that the short- to medium-term impact of the virus would kill the demand for steel, coal and aluminum, as reflected by cargo cancellations, while some other commodities such as grain and fertiliser should be fine.

Medium-term construction-related demand could however be badly affected after many cancelled projects, particularly in the energy sector. However, it could be salvaged by stimulus-related spending, he said. However, “right now, a bad outcome is the more likely case”. 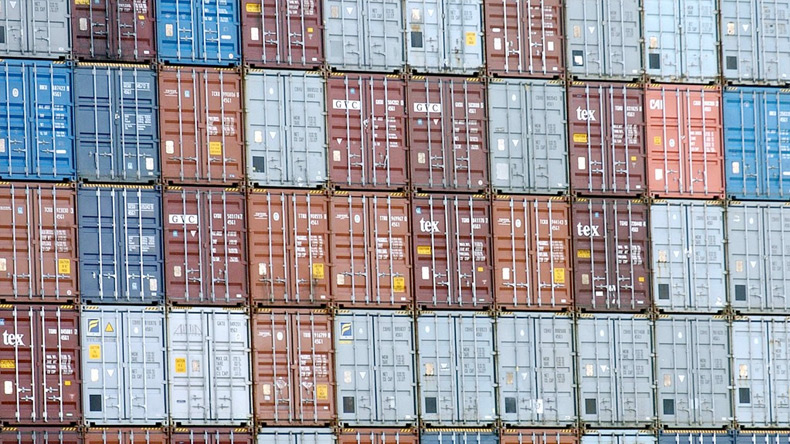 Container lines have called for more to be done to ensure the free flow of critical goods during the pandemic.

Over the weekend, Mediterranean Shipping Co chief executive Diego Aponte published an open letter in which he said that it was imperative that container lines, an “essential cog of global trade”, kept the world moving.

His letter came just after the line had announced it would start using some its transhipment hubs to store goods destined for markets in Europe and North America closer to their final destination.

On Monday, the World Shipping Council, which represent the major box lines, said that the integrity of the international supply chain is dependent upon the continuous flow of goods. It warned that if ports become congested, then the entire system would break down.

In a webinar last week, the port of Antwerp said that it was still running normally and able to get goods through the terminal gates. But others have already warned that lockdowns are making it difficult to get goods out of terminals.

Meanwhile, Los Angeles and Long Beach, the biggest container hubs in the US, are facing a “crisis of historic proportions” as supply chains lock up, a point not lost on the country’s regulator, the Federal Maritime Commission, which is working to determine how to ease the most pressing challenges facing the supply chain due to the coronavirus pandemic.

But one of the biggest challenges faced by the supply chain is the huge number of blankings announced by carriers as they fight for survival in a time of collapsing volumes.

The network disruption caused by blanked sailings has left containers in all the wrong places and shortages are emerging in export markets, making it difficult for those desperate to ship goods to do so.

There are no easy solutions to these problems, and as the world is finding out, collaborative efforts will be needed across the sector in the weeks and months ahead.