P&O Ferries has sparked union anger after seeking major concessions from its workforce in response to the coronavirus crisis. The owner of the group, DP World, is accused of trying to use the coronavirus backdrop to force through pay cuts, replacement of UK seafarers with foreign crew, no-strike clauses, statutory redundancy, cuts to the sick pay scheme, scrapping benefits for long service, and restrictions on leave

‘The cash we have in the bank will only last a matter of weeks unless we take drastic action to save ourselves now. If we don’t survive in the short term there is no long term,’ company document tells RMT 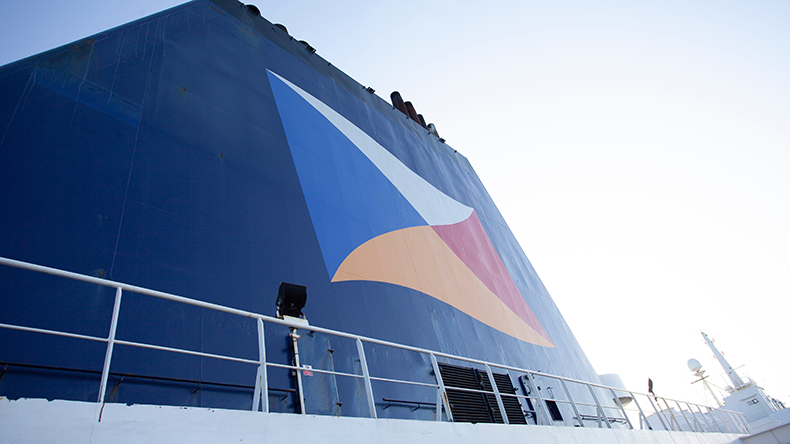 Source: Dan Jardine / Shutterstock.com DP World-owned P&O Ferries has been accused of using the pandemic as an opportunity to force through changes it wanted to make anyway.

ONE of Britain’s biggest ferry operators is seeking major concessions from its workforce after it described itself as ‘in survival mode’ as a result of the coronavirus crisis.

The move comes after the company earlier this year dropped Portuguese ratings on North Sea services in favour of Filipinos on International Transport Workers’ Federation contracts.

The company describes itself as “in survival mode”.

It said: “The reality is that the cash we have in the bank will only last a matter of weeks unless we take drastic action to save ourselves now... If we don’t survive in the short term there is no long term.”

Three P&O Ferries vessels — Seaway, Burgundy and York — have been laid up. The operations of its other ships, including the freight charter vessels, are described as under review.

What are described as ‘people costs’ of £142m need to be reduced by 20%, which must be found from wage costs, the operating model and terms and conditions of employment. However, everything will be done to avoid compulsory redundancies.

Mick Cash, general secretary of ratings union RMT, accused DP World-owned P&O Ferries of using the pandemic as an opportunity to force through changes it wanted to make anyway, and demanded government intervention.

“To use the temporary market conditions created by coronavirus to attack our members — the maritime workers this country will always need — is nothing short of contemptuous,” he said. “The government need to step in here to provide more guarantees to protect British seafarers’ jobs and apprenticeships for the future.”

Mr Cash said DP World is due to pay a $332m dividend to shareholders later this month, which would easily cover the cost of the savings it is seeking to impose on ratings.

A statement from P&O Ferries said: “In these extremely challenging and unprecedented times, we are working hard to secure support totalling just over £250m to safeguard jobs and the viability of the business, so we can keep critical goods flowing. That requires the support of all stakeholders, including the UK government.

“Today we have started presenting proposals to the unions whose support is also absolutely essential. They need to work with us to implement these changes urgently, otherwise the business will run out of cash and even more jobs will be lost.”

The UK government has yet to confirm whether British-based seafarers employed by offshore entities, such as P&O Ferries (Jersey), will be eligible for support paying 80% of wages for furloughed staff through the coronavirus job retention scheme.