Government assistance should be available to all shipping companies, regardless of their financial strength, in order to avoid distorting the marketplace and risking antitrust complaints, says the head of Italy's Grimaldi Group

Emanuele Grimaldi says he is not opposed to state intervention in such difficult times, but stresses that any financial aid has to be provided in accordance with existing rules, and that individual companies should not be singled out for support at the expense of more robust rivals 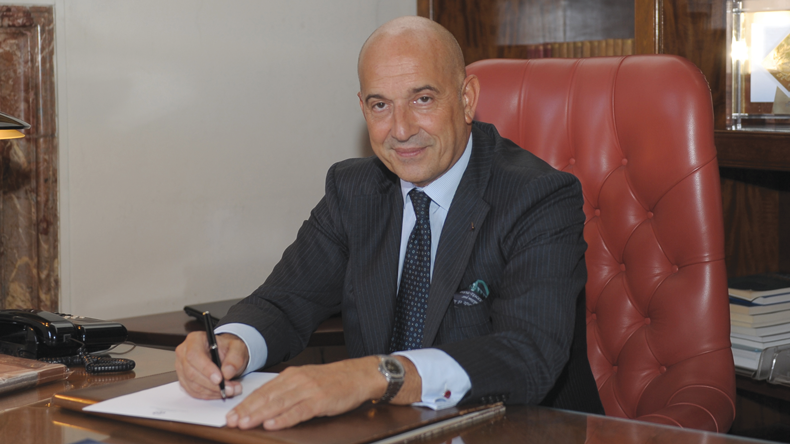 ITALIAN shipowner Emanuele Grimaldi is urging governments not to distort the marketplace by bailing out weak shipping lines at the expense of those operating in the same trades that are well capitalised.

Otherwise, he may consider lodging antitrust complaints on behalf of operators that are not included in any financial support packages.

State aid for selected companies, some of which may already have been in financial difficulties, “will only lead to very unfair competition,” said Mr Grimaldi, who has not asked for assistance from any national government.

“If the state intervenes, it has to intervene in a such way that it does not create unfair competition,” he told Lloyd’s List.

Mr Grimaldi, joint managing director of family-owned Grimaldi Group, was commenting after a number of countries pledged support for ferry and shortsea businesses that are struggling as passenger numbers plunge and freight transport is disrupted by widespread lockdowns in Europe.

The Italian government has promised a package of emergency measures to help struggling port operators and shipping companies, while some ferry companies in Finland are reported to be seeking aid.

A number of shortsea operators serving the UK have also asked for financial support.

Grimaldi Group, which specialises in the European and transatlantic ro-ro trades, owns a number of regional players including Finnlines, Minoan Lines, Malta Motorways of the Sea, and Atlantic Container Line. Also in the portfolio are Grimaldi Euromed, and Grimaldi Deep Sea, which operate pure car and truck carriers.

The parent company has not sought state support for any of these subsidiaries during the pandemic, according to Mr Grimaldi.

Yet in many cases, these lines are competing against operators that are telling their governments that they will collapse without a lifeline, and that they must be bailed out.

Mr Grimaldi said it was unfair to only provide support for some shipping companies and not others.

Any state aid has to be provided in accordance with existing rules, and individual companies should not be singled out for support, he said.

While making it clear that he was not opposed to government intervention during such difficult times, he stressed that any help should be fair.

“Whatever is done, has to be done for all, not just for one or two,” said Mr Grimaldi who has already been in touch with the Italian government through the country’s shipowners association Confitarma to ensure any state support is distributed equitably.

Mr Grimaldi, who is on the boards of the International Chamber of Shipping and the European Community Shipowners’ Associations, said he had also raised the matter with both organisations.

He said he thought Grimaldi Group was well-placed to manage the next few months when market conditions are expected to be very difficult.

After a good start to the year, he is braced for a very tough period ahead without the usual summer peak of passenger traffic, and the shutdown of car plants across Europe.

The group may bring forward scrapping plans for a few older units, said Mr Grimaldi, assuming a demolition yard can be found. Some chartered tonnage may be returned to owners.

He also estimates that Grimaldi Group revenue could be down by as much as 15%, equivalent to some €500m ($545.3m), in the coming months, but notes that this downturn will be offset by much cheaper fuel costs.

With no debt on 57 of its 120 ships, very low financing costs, and healthy profit margins for many years of between 5% and 10%, “we have never been in such a strong position to weather this storm,” he said.

Italian shipping and ports in line for stimulus package