The effect and duration of the coronavirus outbreak is being woefully underplayed according to Mark O'Neil. In his view, the suggestion that the world will stick to existing decarbonisation plans is reflective that people are not awake to the scale of change the business world is about to see

Columbia Shipmanagement chief executive believes decarbonsiation will probably not be a priority after coronavirus. Nations around the world will be struggling for an economic revival 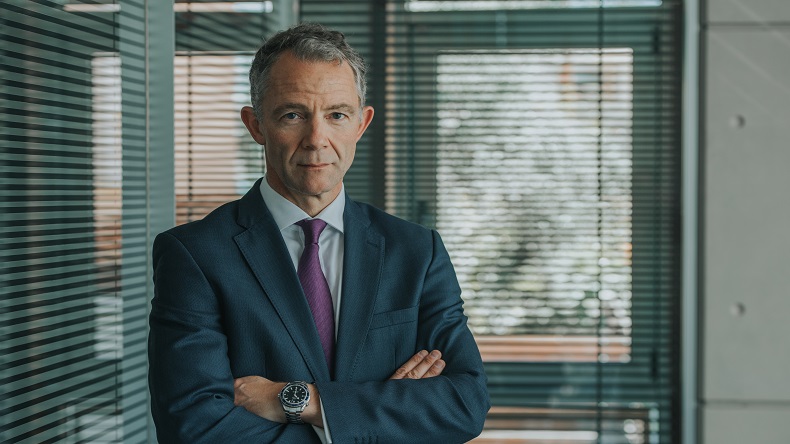 O'Neil: The Columbia Shipmanagement chief executive suggested the 2020 sulphur cap would never have seen the light of day in the landscape that will emerge following the coronavirus fallout.

DECARBONISATION could take a back seat after the coronavirus pandemic is resolved and governments focus on rebuilding their economies, while uncertainty about future regulations is making shipowners “terrified” of ordering new ships.

The effect of the outbreak is being remarkably underplayed and making plans now for decarbonisation agendas may be premature, according to Columbia Shipmanagement chief executive Mark O’Neil.

“I don’t think that shipping is in any place yet to decide on a decarbonisation timeframe and alternative fuels until we see what the landscape looks like and the appetite looks like, post this pandemic,” he said on Monday during a panel discussion on decarbonisation at the Capital Link International Shipping Forum, which this year was held as a digital event.

The length of time and depth of the downturn created by this pandemic is also being woefully underplayed, said Mr O’Neil, whose firm is the fifth largest shipmanager in the world in terms of vessels managed.

“We are not going to be through this in anytime soon,” he said.

“To say that after this pandemic, whenever that might be, we will happily trot along with any previous plan is woefully underplaying the significance” of the current situation.

Several countries are under state-mandated lockdowns to prevent the spread of the disease and significant economic contraction is anticipated for this year. Several shipping companies have also prohibited scheduled crew changes to prevent contamination.

One of the very few positives of this situation, is that the next generation put the focus on humanitarian, freedom and environmental issues, as people have a lot of time to reflect on what matters to them, Mr O’Neil said, and hence fuel the environmental movement.

He also deemed it to be a “wonderful opportunity” to tear up the old, comparing it with the build-up of the UK’s National Health Service, which he said would not have happened without the massive disruption caused by the World War II.

In a similar manner, the current crisis might prompt governments that have set decarbonisation targets for their economies for 2050 to bring their timelines forward.

The reality, however, according to Mr O’Neil is that governments around the world will have to fix broken economies. This will require spending money.

“And is that a time when governments really want to be considering green issues, which cost money, or will they be pushing those issues into the long grass?” he asked.

The industry needs a “dose of realism” about how decarbonisation is viewed once the pandemic is over.

“Do we really think, honestly, anyone on this panel, that the latest low sulphur fuel regulations would have come in” post-coronavirus? he asked. “Do we think that the president of the US would have allowed this low sulphur [regulation] to come in? No, is the answer.”

President Donald Trump pulled the US out of the 2015 Paris Agreement and the US expressed reservations when the International Maritime Organization adopted its initial greenhouse gas strategy in April 2018.

Mr O’Neil suggested that Mr Trump is unlikely to rebuild the post-coronavirus US economy based on green fundamentals.

“These environmental issues will take a backseat, probably, arguably a necessary backseat, while we reconstruct and regroup and take our business further forward,” he said.

Is it the job of regulators to make decarbonisation profitable?

Oil prices have collapsed in recent weeks due to a combination of sluggish demand because of the coronavirus and Saudi Arabia’s decision to flood the market with oil after the Organisation of the Petroleum Exporting Countries and Russia failed to agree on oil production cuts earlier this month.

On Monday, oil prices dropped further, reaching 18-year lows. Brent fell to as much as $21.76 per barrel, and then jumped back up to $22.31 later in the day. West Texas Intermediary hit as low of $19.85, before elevating slightly above $20.

Star Bulk president Hamish Norton said low oil prices could benefit efforts to rebuild economies. This would not be viewed as a favourable development for decarbonisation efforts.

“It gives with one hand, it takes with the other,” he said.

One of the key drivers of decarbonisation will be making alternative fuels financially attractive compared with fossil fuels, such as oil, for end users and investors. Low oil prices make that a more challenging endeavour.

Decarbonisation has steadily become the largest macro-scale long-term challenge for shipowners over the past couples of years, with the IMO’s target of cutting ships’ GHG emissions by at least 50% by 2050 compared with 2008 forming the backdrop to the way they have been behaving.

But even without the shock of the coronavirus pandemic, owners continue to struggle with planning ahead when solutions that can decarbonise ships are not available to the market.

Mr Norton said the lack of clear decarbonisation fuel and technology options for vessels is making it challenging to look ahead.

Mr Norton said the political environment is concerning for shipowners. They fear that ships they order to build today will not be grandfathered from future regulations and may not be legal in 10 years’ time, forcing them to scrap them.

“I am terrified about the prospect of ordering ships and all the shipowners I know are terrified,” he said.

Mr Norton’s alarm echoes that of other prominent shipowners who have warned against ordering new ships on account of their potential obsoletion.

IMO legal affairs director Fred Kenny clarified during the panel discussion that there is a grandfathering clause in IMO environmental regulations that protects existing vessels.

“It has never happened in the history of the organisation where a piece of equipment or technology has been banned outright,” he said.

Coronavirus: Call for seafarers to be regarded as ‘key personnel’

Shipping hopes it is a case of ‘V’ for victory