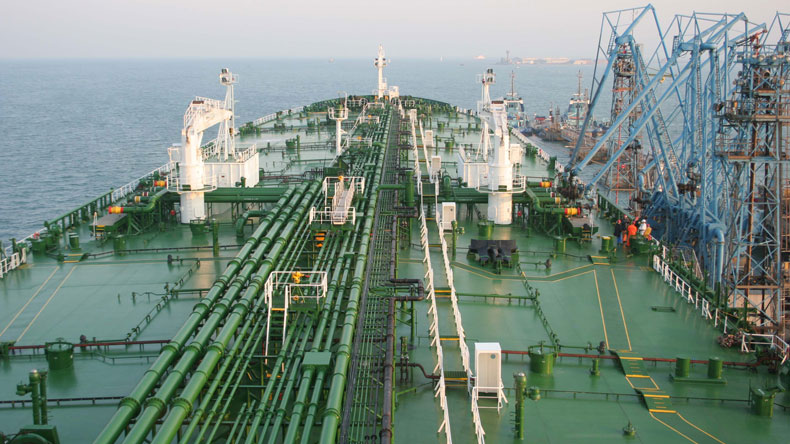 
Short-term time charter deals for tankers are unlikely to immediately materialise this week as everyone in the oil industry waits to see whether production will be curbed to let prices rise again.

Ferry operators have called on the UK government for financial aid as the industry struggles with the coronavirus lockdown.

The maritime industry is in talks with the aviation sector to try to find a solution to repatriate seafarers once they come to the ends of their contracts.

Japan and South Korea’s dispute over the latter’s shipbuilding subsidies continues as the two countries failed to reach an agreement during fresh negotiations.


Lloyd’s marine, aviation and transport line of business lagged other classes during the 2019 accident year, albeit with an improved underwriting performance compared with 2018.

Container lines could be facing a $23bn loss, wiping out eight years’ worth of profits, if rates follow the downward trend seen in previous recessions.

The Lloyd’s List Podcast: West African pirates clearly didn’t get the memo on social distancing. Piracy is still rife and insecurity in the Gulf of Guinea in particular continues to blight the lives of seafarers. On the podcast this week we have BIMCO’s head of safety and security Jakob Larsen and Stephen Askins, partner at Tatham & Co — Maritime Solicitors.

Italian shipowner Emanuele Grimaldi has confirmed that the five ships operated by Grimaldi Group subsidiary Atlantic Container Line are to leave the UK flag following Britain’s departure from the European Union, but has vowed to return tonnage to the Red Ensign if the law is changed, and once the threat of double taxation is lifted.


The United Arab Emirates will ease restrictions on crew changes in the country, following calls by industry and the International Maritime Organization for the better treatment of seafarers amid the coronavirus pandemic.

Maersk has prolonged its prohibition of crew changes on its vessels for another four weeks until May 12, as the coronavirus pandemic continues to spread and seafarers still run the risk of being infected or stranded.

Mediterranean Shipping Co is helping shippers in Europe to use its shortsea shipping networks to avoid new land border blockages in order to ensure that essential supplies are delivered as the coronavirus pandemic spreads.


The European Commission has halted probes into two shipyard mergers as it waits for further information from the companies.

Major claims are once again in the driving seat for overall claims costs, after a seemingly temporary hiatus in the late 2010s, according to the latest annual statistical review from Nordic trade association Cefor.

Two of the world’s largest liquefied natural gas players are teaming up on a joint study looking at large-scale export of hydrogen as ammonia for use in decarbonising Japan’s coal-fired power generation.

Improvements  in the world economy should help balance supply and demand and lead to a more sustainable dry bulk market during the second half of the year, according to BRS shipbrokers annual shipping review.

Forwarders are battling to find alternative transport solutions for their shipper customers against the backdrop of a severe freight capacity squeeze owing to the coronavirus outbreak, according to a senior industry executive.

A K LINE-owned containership hit a berth while docking at Pusan Newport in Busan, resulting in damage to five shore gantry cranes.