Non-governmental organisation highlights reports of officers and ratings retained on vessels after sign-off, unpaid wages, contract extensions without informed consent, and crew stranded in foreign countries and having to pay for hotel bills and flights home from their own pocket 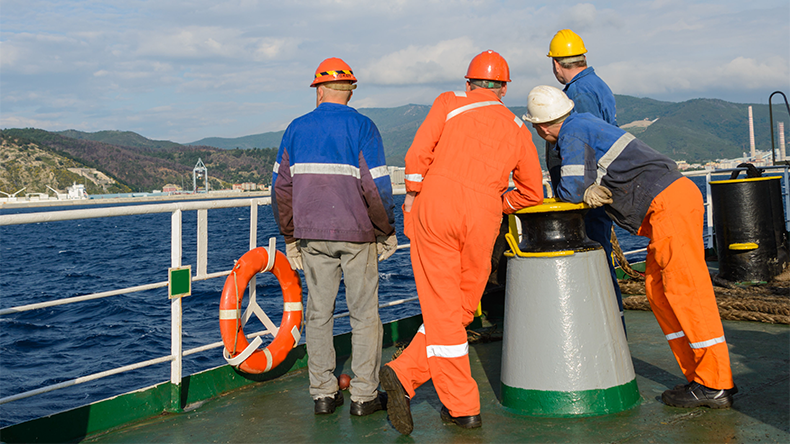 Human Rights at Sea claims to have been ‘deluged’ with cases of seafarers bringing to its attention the difficulties they face on account of the coronavirus pandemic.

SEAFARER rights campaigners have joined forces with a prominent shipping law firm to float plans for an arbitration scheme for seafarers who feel their human rights have been abused by the employers.

The call from Human Rights at Sea and Shearman & Sterling is being launched today to mark the United Nations International Day for the Right to The Truth Concerning Gross Human Rights Violations and for the Dignity of Victims.

The development comes as HRAS claims to have been ‘deluged’ with cases of seafarers bringing to its attention the difficulties they face on account of the coronavirus pandemic.

In some instances, officers and ratings have been retained on vessels after sign-off, with reports of non-payment of wages, contract extensions without informed consent, and crew stranded in foreign countries and having to pay for hotel bills and flights home from their own pocket.

The two backers of the arbitration initiative point out that seafarers often have little recourse to formal legal procedures, thanks to the cost of litigation, which is often beyond the financial resources of trade unions, even where the individual involved is a union member.

Some prominent owners have been sounded out and are not averse to the idea in principle, said HRAS chief executive David Hammond. The hope is to convince some big name companies to endorse the idea, and subsequently persuade smaller concerns to follow, by the weight of setting a moral example.

“That these issues of abuse at sea have persisted, and indeed, worsened despite the existence of a well-established body of international human rights law is a clear indication that human rights issues at sea require special attention.”

The envisaged arbitration-based mechanism — which is still under development — would offer a neutral and visible forum in which human rights issues can be resolved efficiently and inexpensively, culminating in binding arbitral awards that would be enforceable internationally.

As a first step, HRAS and Shearman & Sterling will circulate a white paper setting out the broad parameters of their proposals. Feedback will be incorporated into subsequent stages.

Mr Hammond told Lloyd’s List that individual victims need to be empowered to have a process by which they can arbitrate against clauses in employment contracts where problems arise.

“It’s about increasing safeguards through model arbitration clauses that victims themselves don’t have to fund, and have that funded through a central maritime fund.”

This could be paid for, at least in part, by existing legal aid contributions from their home country.

“Arbitration is a well-known process, but from a commercial perspective, it costs money. What we want to do is turn it on its head.

“We’re looking at how we can step out of the normal processes and assist people with getting justice.”

The ultimate objective is to ensure that arbitration clauses are a requirement of employment contracts, although that goal is obviously a long way off.

When it comes to human rights at sea, worse things happen on land